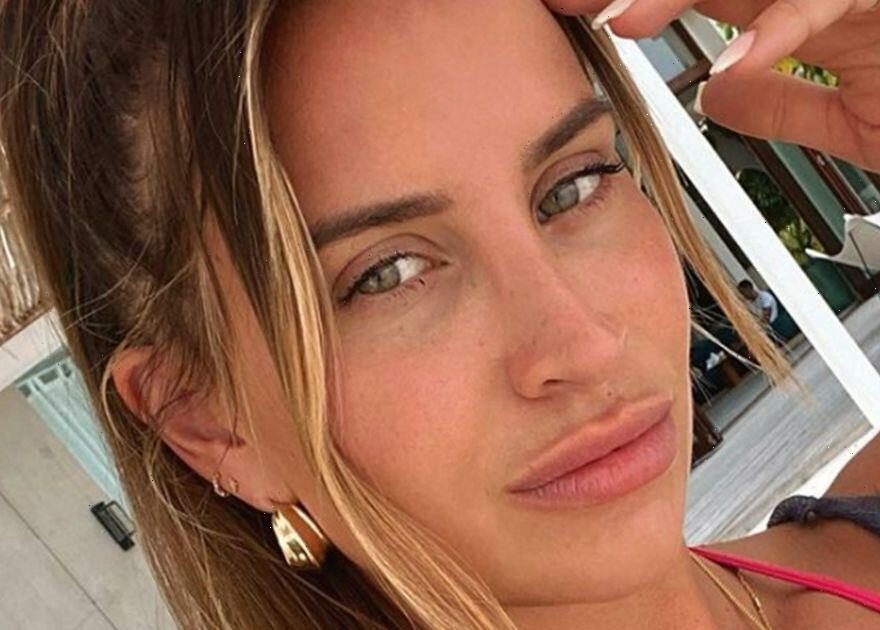 A second voice note allegedly from Ferne McCann is due to be released at 7pm today as one account claims a further 39 “disgusting” recordings exist in total.

The first “leaked” voice note emerged on Wednesday, before swiftly going viral as it was shared by multiple accounts on social media, including Sam Faiers mother, Suzie Wells.

The short recording except was allegedly sent by Ferne to a friend in June, just weeks after Sam had given birth to her third baby, Edward.

While no context was given for the recording, it has received widespread backlash from Sam’s own family, with Suzie taking to social media to condemn the “nasty” voice note.

Posting on Instagram, Suzie told fans she could "no longer sit back and say nothing".

The star told fans that a clip has been shared on social media, adding: "This has come as a complete shock to myself and my family.

"Ferne has always been a very close family member to all of us over the past 20 years. It appears the voice note was sent just weeks after Samantha gave birth back in May."

Suzie went on: "Since the voice note has surfaced more have been sent – very upsetting nasty things. We are as shocked as you are! Nobody should ever speak about their friends like this ever!

"My girls are my absolute everything and I'll do anything to protect them.

"I don't have anything else to say on the matter," the mum-of-two concluded.

Other family members have also spoken out in Sam's defence. After hearing the message for herself, Sam unfollowed and blocked Ferne on Instagram, as she sought to distance herself from the cruel message.

The pair had previously been close friends since school and appeared on The Only Way Is Essex together.

At the height of their fame, the duo were virtually inseparable and frequently seen partying together at Essex haunt Sugar Hut, while also supporting each other through the various ups and downs of life.

Ferne in particular had previously been a rock to Sam during her split from on-off boyfriend Joey Essex on the show, with the pair also going on to celebrate several milestone birthdays together as well as the arrival of their children.

Ferne even shared an emotional tribute to Sam on Instagram for her 30th birthday last year, as she wrote: “Wow it's been emotional looking back at all of these pictures.

“So many laughs, parties, and special memories made. You my darling have given me so many memories that I will cherish forever.”

However, their relationship hasn’t been without its ups and downs with a number of spats between the two occurring over the course of their friendship.

Sam even previously addressed their relationship, telling The Sun: "Look to be honest, over the last couple of years, Ferne and I hadn’t seen eye to eye on a number of things. Sometimes as friends you do just drift apart.

“We were both at my sister’s bridal shower — Ferne was there. It was fine. It was nice. We were just catching up on the babies really. So we are fine.”

Ferne was later said to have been dropped as bridesmaid from Billie's nuptials to now-husband Greg Shepherd.