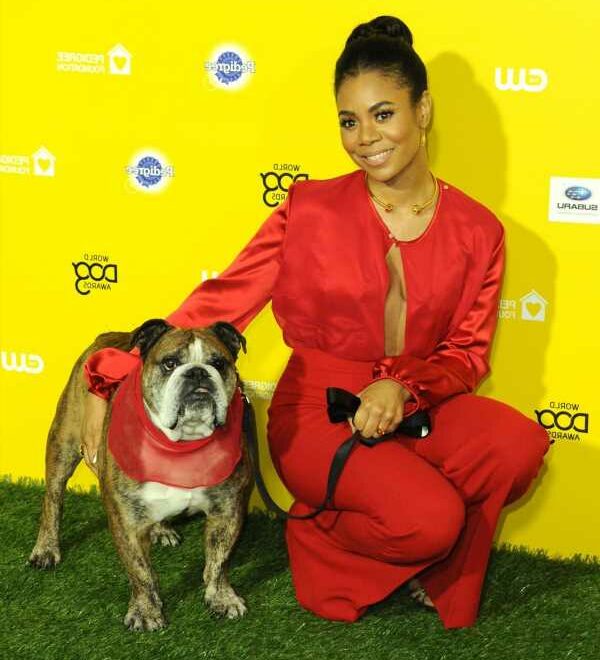 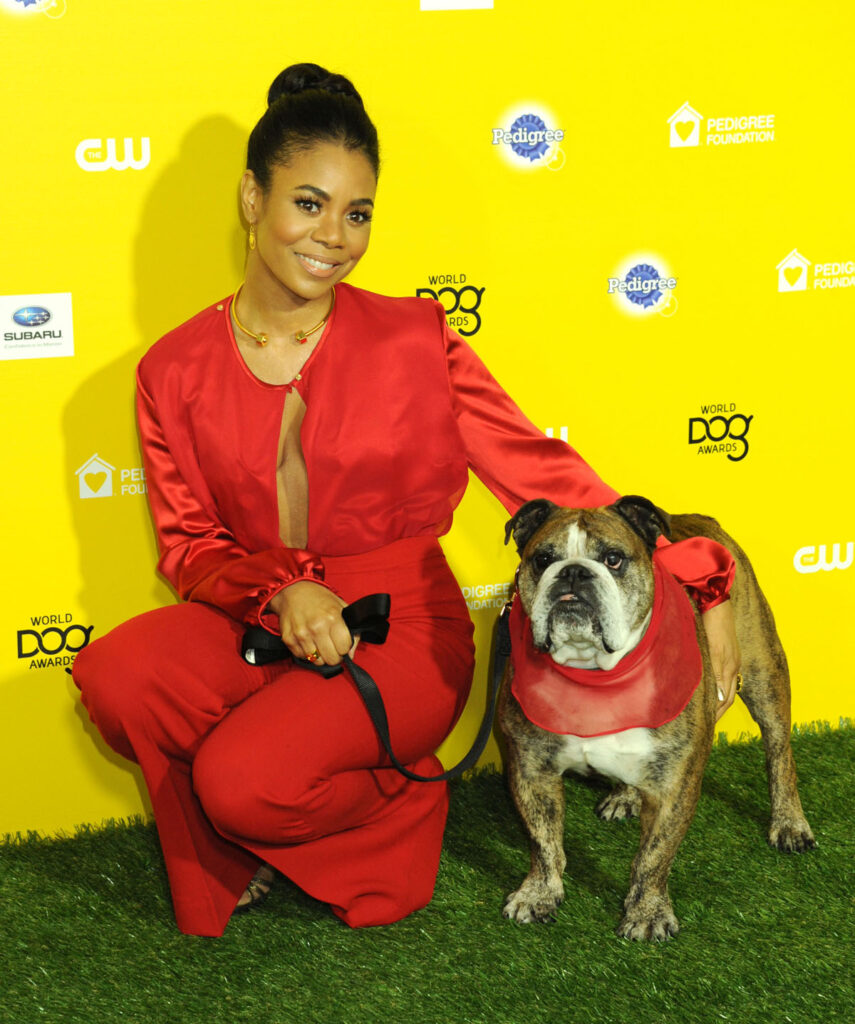 This post is bumming me out for a number of reasons. I’m having a Grade A crap week and my girlfriend and I were supposed to go see Honk for Jesus on Tuesday after having to postpone from last week. But we had work and kid obligations until 4 and there were no evening showings. It was the weirdest thing. And then I saw this was a story about Regina Hall talking about her English bulldog Zeus and I though Yay! dog stories. Then I realized Zeus is no longer with us. But Zeus is immortal! It’s still a lovely story, though. Regina told the Apple Fitness+ podcast that ol’ mighty Zeus was her soulmate. Something that took her by surprise. She didn’t know she was a dog person until she got her dog and all that changed. Once he wagged his tail her way, she joined the ”crazy dog owner” club and never looked back.

During a recent episode of the Apple Fitness+podcast Time to Walk, Regina (Hall) opened up about finding her soulmate in her English bulldog Zeus, who unfortunately died.

“Anyone who knows me, or knows anything about me, knows that I had a soulmate that had four legs,” Regina said. “And his name, his name is Zeus.”

The Honk for Jesus. Save Your Soul. star admitted that she used to think “dog owners were crazy. ” Like seeing them — “most of them white people” — out in dog parks or carrying their dogs around in strollers, or even crying over them if they lost them…Regina never understood the attachment.

Regina said that kind of love helps to connect you with God and “connects you with a purpose.” She revealed that she views her dog as a gift from God.

“Like, there was something higher than me that knew I needed a dog. You know, it’s like I voiced something that I didn’t even know I meant. And then, you know, he came. Dogs, rescuing one human at a time.”

“I think the unexpected has beautiful things to offer — you might be praying for love somewhere, and you might get a dog. Sometimes we think that it has to be romantic, but, you know, love has many ways of showing up in our lives.”

The friend I mentioned above just lost her dog and it was the first time I’d been to her house since he’d died. We cried over the phone together the day he died but it was hard being there without him. Everything Regina said is true. I always knew I would be a nutty pet owner, though. But I was confused by how deeply I fell in love with my pets. I guess because I had family pets growing up and I figured it would be the same. But when I got my own it was like Regina said, it connected me to something I couldn’t explain. My husband had the same experience with our current cat. He wasn’t a fan of cats until I introduced him to mine. Then he liked them, but he could take or leave them. This one, though, she’s got his number.

I know it’s become cliché to say that a pet rescues us as much as we rescue it but cliché doesn’t mean it’s not true. As Regina alludes to here, sometimes we don’t know what form of love we need most in our lives. I don’t know when Zeus left us. The last photo I found of him on her Instagram was in 2017. Who knows if she’ll be able to open her heart up to another soulmate but at least she knows she’s a dog person now so when she’s ready, she can look for love again.

Now if you’ll excuse me, I have to finish planning my pets’ Elvis-themed birthday party for this Friday. 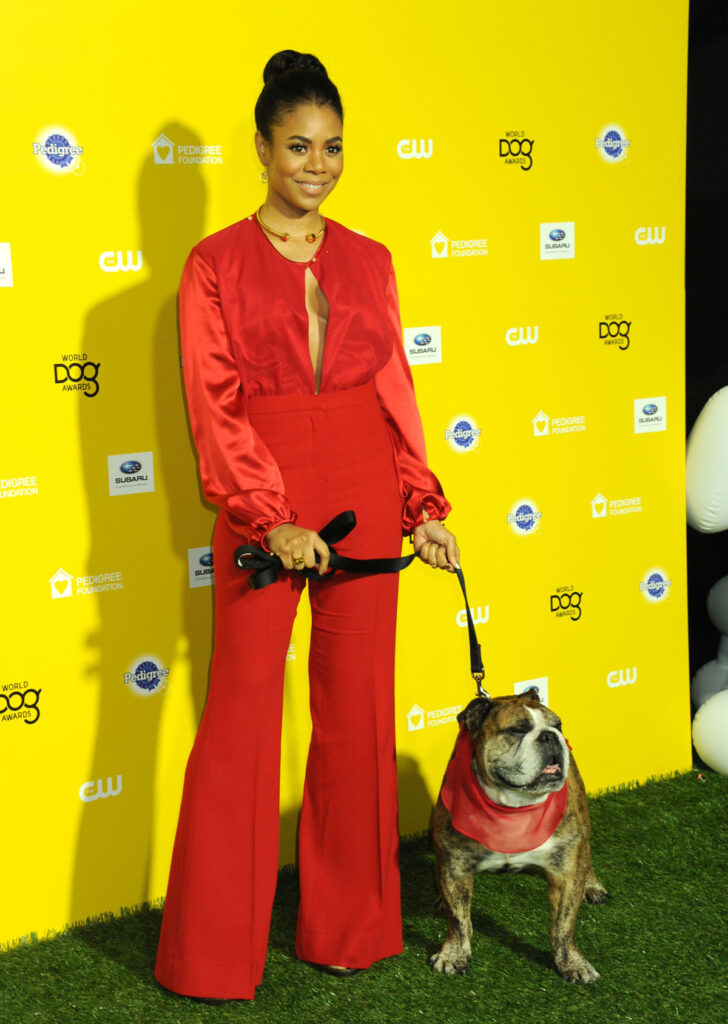 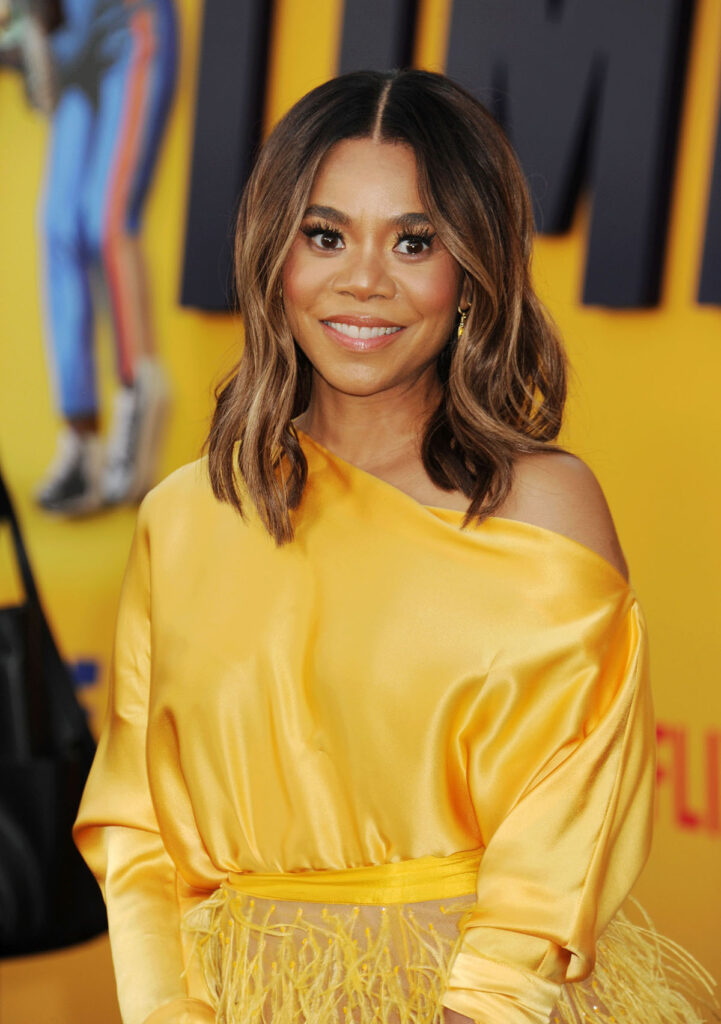