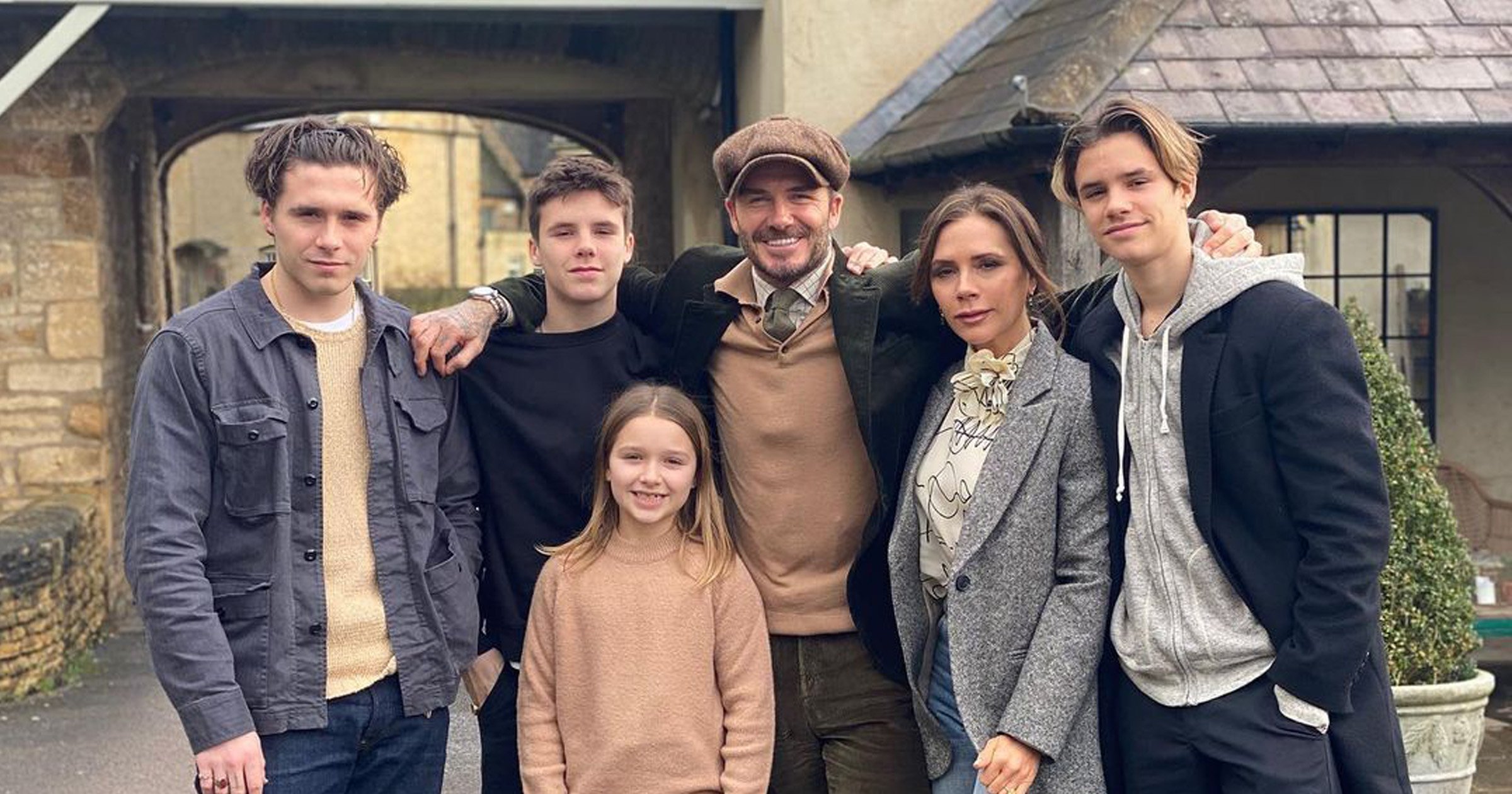 David and Victoria Beckham have applied for planning permission to build a security cabin at their £6million home in the Cotswolds.

The couple have submitted documents seeking permission to build a new cabin for security as well as another outbuilding which will be used as a gardeners’ store at their home on the Great Tew Estate.

It comes after the family faced a number of recent incidents, including a break-in at their London home in March and an alleged stalker who sent David letters to his homes, telling him she would be visiting them.

According to plans submitted by the couple, the design and access statement provided to the West Oxfordshire District Council shows the proposed cabin would be made of timber and sited at the back of the existing garage, on the east side of the drive approaching the property.

The documents state: ‘The position is at the threshold of the grounds immediately around the house and therefore ideal for monitoring access and deliveries.’

The proposal for the tool store for the gardeners’ equipment stated it would provide ‘dry and safe storage for hand tools and other horticultural equipment.’

The couple were also previously granted planning permission for a gatehouse to be built at the entrance of the property in June 2020.

Earlier in the year they also had permission approved for a log store to keep wood dry so the family can have cosy nights with a roaring fire, despite worries about the environmental impact.

The Beckhams have beefed up their security after they and their daughter Harper, 11, were reportedly asleep in their London home when burglars entered in the night.

The burglary was reportedly discovered by their son Cruz, 17, after he returned with friends from a night out after midnight to find a spare bedroom had been ransacked and glass from a broken window on the floor, according to reports from The Sun.

He is said to have alerted David who rang 999 while the pair of them searched the £40million house in Holland Park, West London, as Victoria remained with Harper.

Thousands of pounds worth of designer goods and electrical items were reportedly taken in the robbery.