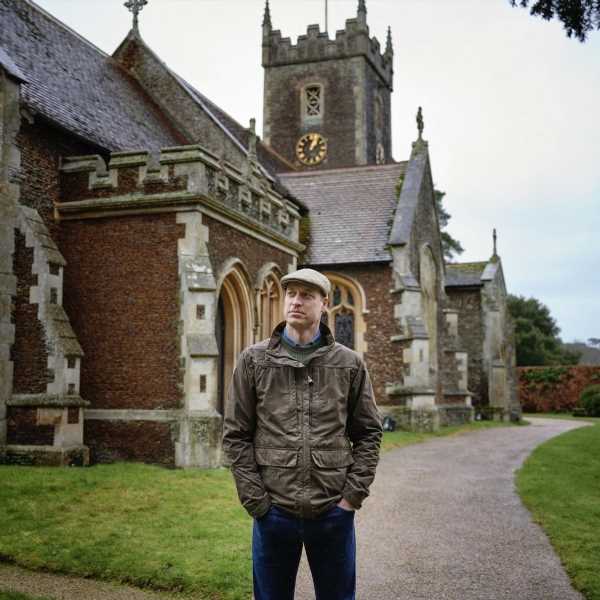 Prince William is sick with jealousy that Prince Harry has a Netflix deal with millions, appears on podcasts whenever he wants, and did a prestigious mental health docu-series with Oprah for AppleTV. Once again, William is the follower, not the leader, so Willy went to Apple so he could talk about his mental health, just like Harry! William appeared on the Time to Walk series on Apple Fitness+ and according to Apple, he approached them because he liked the Time to Walk series and thought he would latch onto that and promote mental health. Wow, copykeening, jealousy, fraudulence and hypocrisy. Lovely. He talks about his love of walking, how great walking is for mental health (it’s true) and a lot of other stuff about how his part-time work as a co-pilot of an air ambulance was traumatizing. That’s probably why he barely worked there. Some quotes from the interview:

The song his mom would always play: “When I was younger, Harry and I, we were at boarding school. And my mother used to play all sorts of songs to kind of while away the anxiety of going back to school. And one of the songs I massively remember and has stuck with me all this time, and I still, to this day, still quite enjoy secretly, is Tina Turner’s ‘The Best’ because sitting in the backseat, singing away, it felt like a real family moment. And my mother, she’d be driving along, singing at the top of her voice. And we’d even get the policeman in the car, he’d be occasionally singing along, as well. You’d be singing and listening to the music right the way out into the gates of school, when they dropped you off. And, and that’s when reality kind of sunk in that you really were going back to school because before that, you’re lost in songs. You’ll want to play it again just to keep that family moment going. When I listen to it now, it takes me back to those car rides and brings back lots of memories of my mother.”

His kids fight over music: “Most mornings there’s a massive fight between Charlotte and George as to what song is played in the morning. And I have to, now, basically prioritize that one day someone does this one, and another day it’s someone else’s turn. So George gets his go, then Charlotte gets her go. Such is the, the clamor for the music.” The royal says one of the songs his children are loving at the moment is Shakira’s “Waka Waka.”

Singing with Taylor Swift in 2013: “I’m sat next to Taylor Swift. She’s on my left. And after Jon does his first song, there’s a pause, and she turns to me. She puts her hand on my arm, looks me in the eye, and says, ‘Come on, William. Let’s go and sing.’ To this day, I still do not know what came over me. Honestly, even now I’m cringing at what happened next, and I don’t understand why I gave in. But, frankly, if Taylor Swift looks you in the eye, touches your arm, and says, ‘Come with me…’ I got up like a puppy and went, ‘Yeah, okay, that seems like a great idea. I’ll follow you.’ I walked up on stage in a trance, and then sort of halfway through Jon Bon Jovi’s “Livin’ On a Prayer” song, I wake up. And I’m thinking to myself, ‘Am I standing on the stage singing ‘Livin’ On a Prayer’ when I don’t even know the words?’

Traumatizing work as an air ambulance co-pilot: “Immediately it became clear that this young person was in serious difficulty, sadly been hit by a car. And of course there are some things in life you don’t really want to see. And all we cared about at the time was fixing this boy. And the parents are very hysterical, as you can imagine, screaming, wailing, not knowing what to do, you know, and in, in real agony themselves. And that lives with you. I went home that night pretty upset but not noticeably. I wasn’t in tears, but inside, I felt something had changed. I felt a sort of, a real tension inside of me. It really hit me weeks later. It was like someone had put a key in a lock and opened it without me giving permission to do that. I felt like the whole world was dying. It’s an extraordinary feeling. You just feel everyone’s in pain, everyone’s suffering. And that’s not me. I’ve never felt that before. My personal life and everything was absolutely fine. I was happy at home and happy at work, but I kept looking at myself, going, ‘Why am I feeling like this? Why do I feel so sad?’ And I started to realize that, actually, you’re taking home people’s trauma, people’s sadness, and it’s affecting you.”

In 2016, there were some very interesting stories about how little work William actually did as an air ambulance co-pilot. For one, he was never a full pilot. He basically only tagged along as the real pilots and medical staff worked. He also barely worked “part time” and he was constantly taking time off from his job, including more than a whole month for his Christmas holiday. His coworkers thought he was a petulant douchebag too. None of that negates his experiences as a barely-employed air ambulance co-pilot, but it does add some richness to his stories. He would show up for work once in a blue moon and he would be psychologically crushed every single time. Perhaps he was not equipped for the job in the first place?

As for the rest of it… the Taylor Swift story was interesting, he’s trying to make it sounds like Tay was flirting with him. And the memory of Diana and Tina Turner was actually kind of nice. I think we all have pieces of music that we associate with our parents, don’t we?

— The Duke and Duchess of Cambridge (@KensingtonRoyal) December 3, 2021