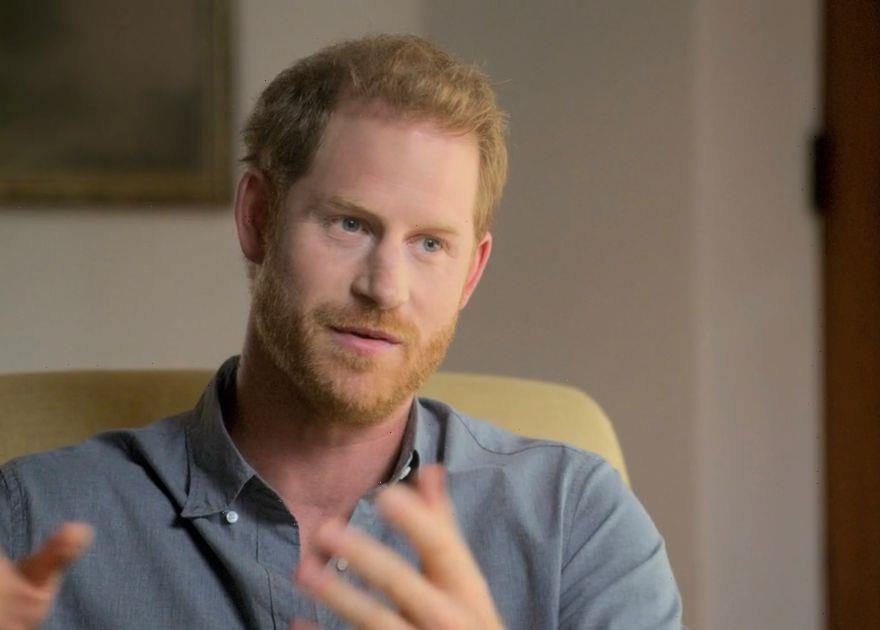 Prince Harry has opened up on how he dealt with his wife Meghan Markle's confession that she was feeling suicidal whilst pregnant with their first child, Archie.

Meghan, 39, opened up on her mental health struggles in a bombshell interview with Oprah Winfrey in March, with her 36 year old husband now teaming up with the chat show legend to front a new series on the matter.

The Me You Can't See saw the likes of Harry, Lady Gaga and Glenn Close discuss issues they have had with their mental health during their lives and careers.

A bonus episode of the Apple TV+ series has now been released, in which Harry spoke more about the night his wife told him she felt like ending her own life.

Harry said: "So many people are afraid of being on the receiving end of that conversation because they don't feel like they have the right tools to give the right advice.

"But what you [want] to say is 'You're there'. Listen, because listening and being part of that conversation is without doubt the best first step that you can take'."

How to watch The Me You Can't See on Apple TV+?

You can watch the new documentary series, produced by Prince Harry and Oprah Winfrey, by signing up to Apple TV+ streaming service here. The new show, which will air on May 21, explores mental health and emotional well-being and includes featured interviews from Lady Gaga, Glenn Close, NBA star DeMar DeRozan and others about their experiences.

You can subscribe to Apple TV+ instantly for £4.99 a month or try the free 7-day trial, but remember to cancel before the trial ends to avoid getting charged the full subscription fee. Apple is also giving away Apple TV+ subscriptions for free for one year when you purchase a new iPhone, iPad, iPod touch, Apple TV or Mac. Find out more about the offer by visiting tv.apple.com.

This article contains affiliate links, we may receive a commission on any sales we generate from it.Learn more

He went on to confess: "I'm somewhat ashamed of the way that I dealt with it."

Meghan told Harry of her feelings as they were getting ready to head to the premiere of Cirque du Soleil's Totem at the Royal Albert Hall.

He continued: "Of course, because of the system that we were in and the responsibilities and the duties that we had, we had a quick cuddle and then we had to get changed to jump in a convoy with a police escort and drive to the Royal Albert Hall for a charity event."

During an episode of the five-part series, Harry revealed how he woke up in the middle of the night to find his wife Meghan "crying into her pillow."

It was reported that Meghan was facing allegations of bullying staff made by one of her closest advisers during her time at Kensington Palace.

Harry and Meghan vehemently denied the claims made by the Times stating that Meghan is "saddened by this latest attack on her character, particularly as someone who has been the target of bullying herself and is deeply committed to supporting those who have experienced pain and trauma."

They added: "She is determined to continue her work building compassion around the world and will keep striving to set an example for doing what is right and doing what is good."

However, Harry has now shared that the allegations had an impact on his wife, and he continued: "I was woken up in the middle of the night to her crying in her pillow because she doesn't want to wake me up, because I'm already carrying too much.