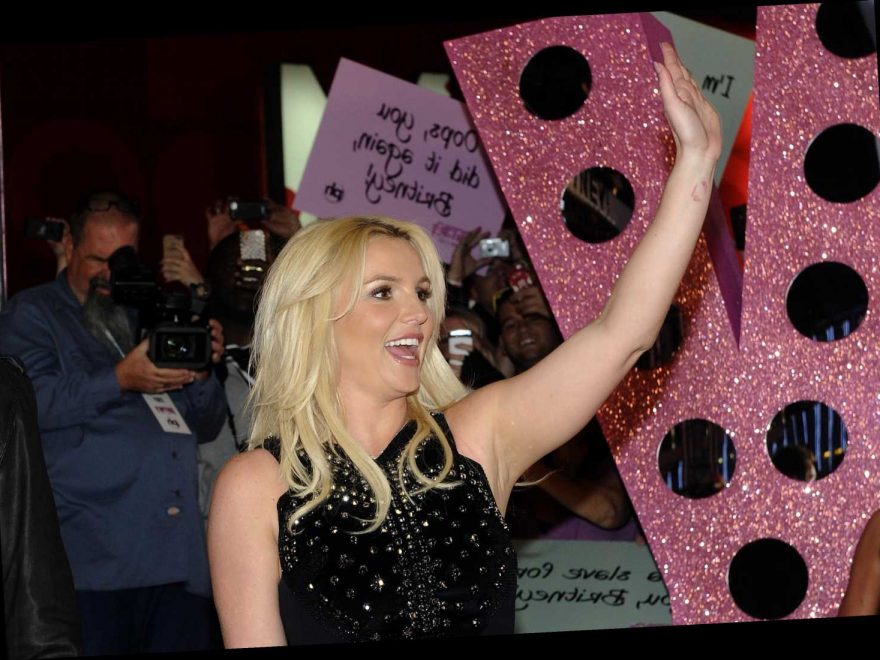 Products featured are independently selected by our editorial team and we may earn a commission from purchases made from our links; the retailer may also receive certain auditable data for accounting purposes.

Much has been written about Britney Spears over the years, from glossy cover stories about the pop princess’ rise to fame, to revealing profiles about her struggles in the spotlight — and her subsequent comeback. Almost every media outlet in the world has been seduced by Spears, this magazine included, with no shortage of lists, reviews and think pieces about the most famous celebrity in the world.

Spears has been relatively quiet over the last few years, at least on the performing front, but the recent release of Framing Britney Spears, the New York Times documentary airing on Hulu, has suddenly thrust the pop icon back into the spotlight, with both longtime fans and new observers alike clamoring for details about her personal life, career, and conservatorship.

Freeing Britney Spears: The Most Persecuted Pop Star in the World Just Wants to Dance

The buzzy Oprah interview with Prince Harry and Meghan Markle this month only further increased calls for Spears to speak, with many taking to social media, imploring Oprah to give the singer a platform to tell her story.

Spears has seemingly brushed off the latest round of attention, and her only “response” to the Hulu documentary was a vague tweet about reality vs. perception (that was posted under a throwback video of her performing three years ago in Vegas).

Still, while Spears has remain silent over the rumors and speculation, the singer has given us clues before. During the height of her fame in the 2000s, Spears co-wrote two books that gave fans a glimpse into her family relationships, her rise to stardom, and — through a fictitious teen novel — a performer’s hidden secrets and regrets. Though she hasn’t released anything since (music not included) these books are the closest we may get for now, to hearing Spears’ story the way she wants it presented.

These books tell the story of the pop superstar in her own words, and from those who know her best. From her mother’s poignant tell-all, to a rags-to-riches tale set in the south, these are the best Britney Spears books to read online.

Co-written with her mother, Heart to Heart tells the story of Spears’ journey from rural Louisiana to becoming an international icon. Britney and Lynne Spears start from the beginning, recalling early family conversations and talent show performances, to Britney’s big break in the Mickey Mouse Club and on MTV. The book also includes dozens of behind-the-scenes stories about Spears recording her debut album in the studio, her first tour, and life on the road.

Written back in 2000, the book was released way before Britney and Lynne had a very public falling out. Still the two addressed challenges in their relationship even then, with the book touching on everything from disagreements over dating and relationships, to dress codes and body image.

With text by Britney and Lynne, and never-before-seen photos from their personal collection, Heart to Heart was billed as a “must-have for Britney fans” when it was first released. More than two decades later, it’s still probably the most honest portrait fans have of Britney; one of the few times (outside of song lyrics) that fans have heard the singer speak openly about her friends and family — and her fears. As we well know, that seemingly All-American family facade would soon start fading away… 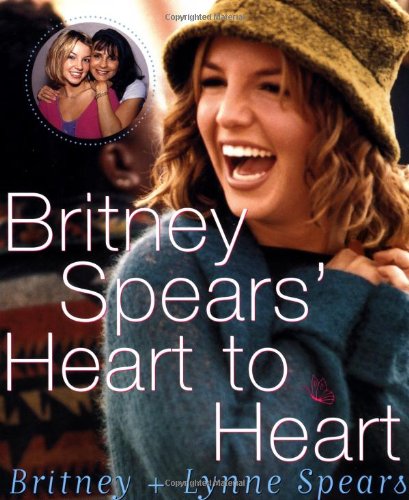 Britney’s mother wrote this book in 2010, reportedly in response to the popstar’s supposed “breakdown.” At the time, Lynne Spears was estranged from her daughter, and many fans viewed the book as Lynne’s way of trying to get her daughter’s attention to win her back.

The book chronicles the years after Britney breaks through in the music industry, with Lynne writing that the family struggled to keep up with the demands of Britney’s schedule, scrutiny and fame. The book also addresses the factors that Lynne believes contributed to her daughter’s then-erratic behavior — namely the “managers, agents, and record companies” that let Britney fail.

It isn’t just about Britney though; Lynne also addresses the surprising reveal of younger daughter Jamie Lynn’s teenage pregnancy, and writes about how a rabid press caused her family to fall apart.

Through the Storm, Lynne describes somewhat dramatically in the author notes, “is the story of one simple Southern woman whose family got caught in a tornado called fame, and who is still trying to sort through the debris scattered all over her life in the aftermath.” 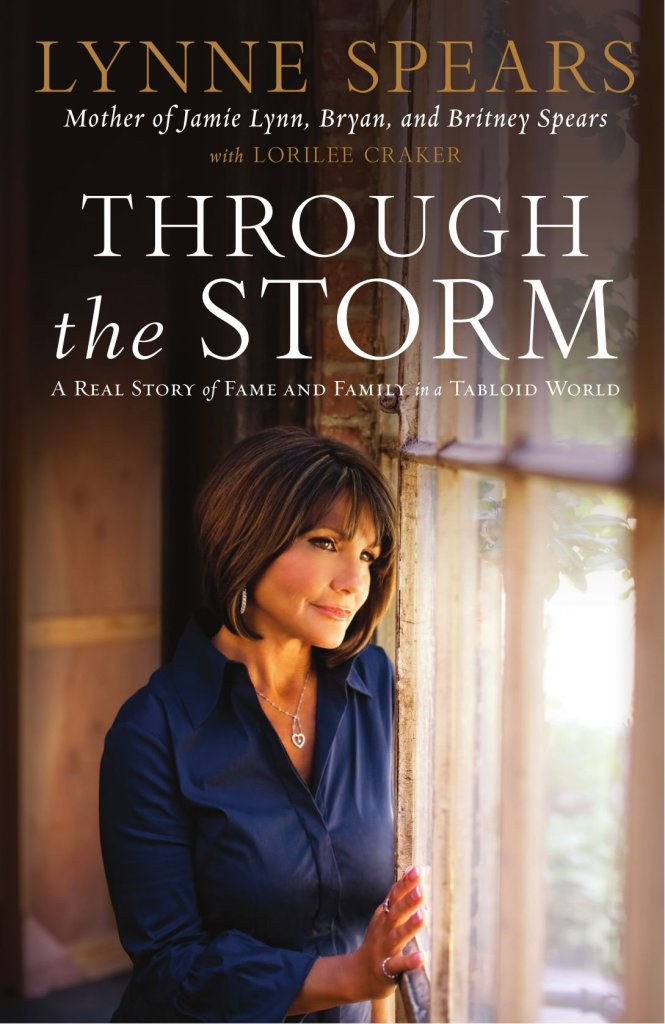 3. Britney: Inside the Dream

Unlike artists like Jessica Simpson and Mariah Carey, Britney has never released a memoir or written an autobiography. This unofficial biography, released in 2009, comes closest to tracking her life and career up until that time.

Written by Steve Dennis, an LA-based journalist who’s ghost-written a number of celebrity books, Britney: Inside the Dream tracks the singer’s rise and fall — and rise again. “Britney Spears – the Princess of Pop – is making a comeback,” the liner notes declare, “and there isn’t a person out there who hasn’t heard about it.”

The book chronicles Spears’ success on the music charts, and recounts her most memorable live performances (that Madonna kiss anyone?) and world tours. But while she was experiencing incredible highs career-wise, Spears’ personal life was often in disarray. The book recalls Spears’ infamous 2004 quickie wedding to a childhood friend in Vegas, and details the singer’s very public relationship and subsequent custody battle with Kevin Federline.

Though Spears herself was not interviewed for the book, the author did draw on interviews with the singer’s friends, former dancers, reporters, and those who were in her inner circle, to tell a surprisingly complete story of the beloved pop princess and her return to the stage. 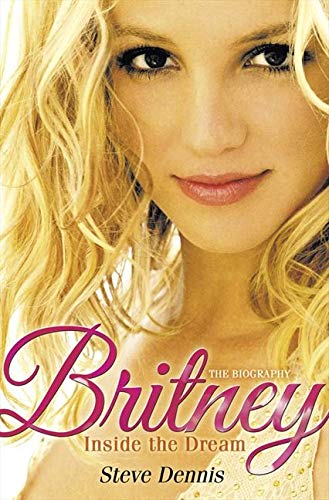 First published in 2001, A Mother’s Gift is the second book released by Britney and Lynne Spears. While Heart to Heart was a book about their mother-daughter relationship, A Mother’s Gift is a young adult novel that is said to have only been “loosely inspired” by the star.

The rags-to-riches tale follows 14-year-old Holly Faye Lovell who leaves her small town in Mississippi for the big city, after winning a prestigious music scholarship. With dreams of singing and stardom in her head, the novel details the growing tension that develops between Lovell and her mother, as well as her new group of friends, who may not be as well-meaning as they seem.

Though the book was a modest success when it was first released, it’s since gone out of print, making it a collector’s item of sorts for Britney fans. Amazon still has copies in stock as of this writing, and we spotted copies at ThriftBooks as well. 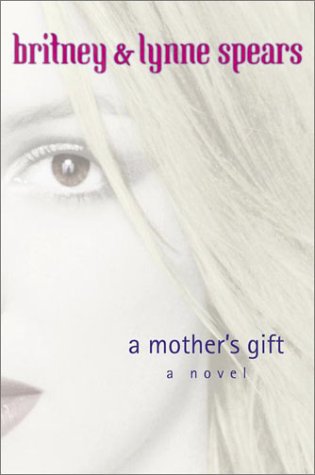