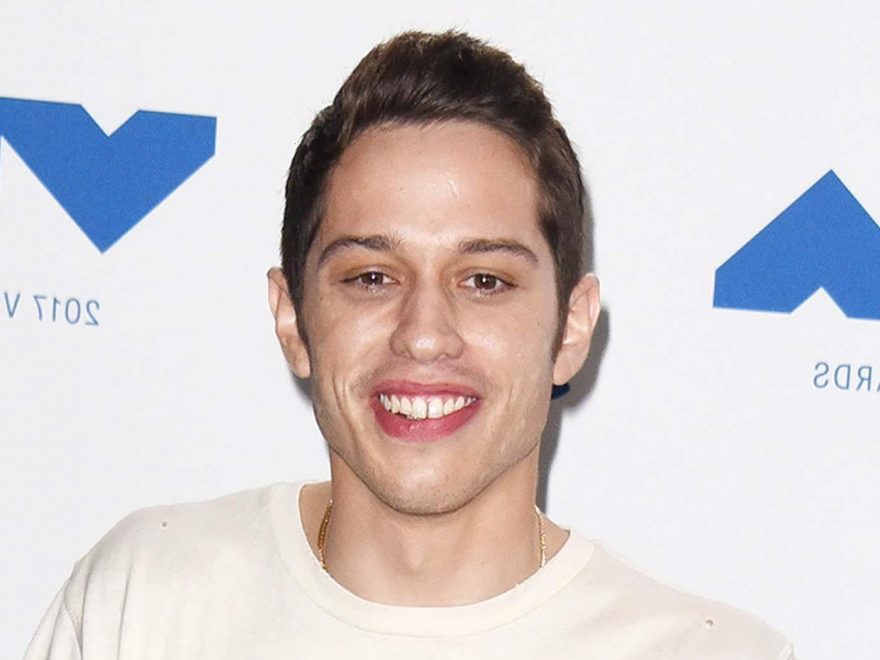 Only a few regrets. Pete Davidson has recently started having some of his tattoos removed, but the reason is less about remorse and more about practicality.

During an appearance on the Tuesday, May 4, episode of Late Night With Seth Meyers, the Saturday Night Live star, 27, explained that he’s having more of his ink taken off as new acting roles come his way. 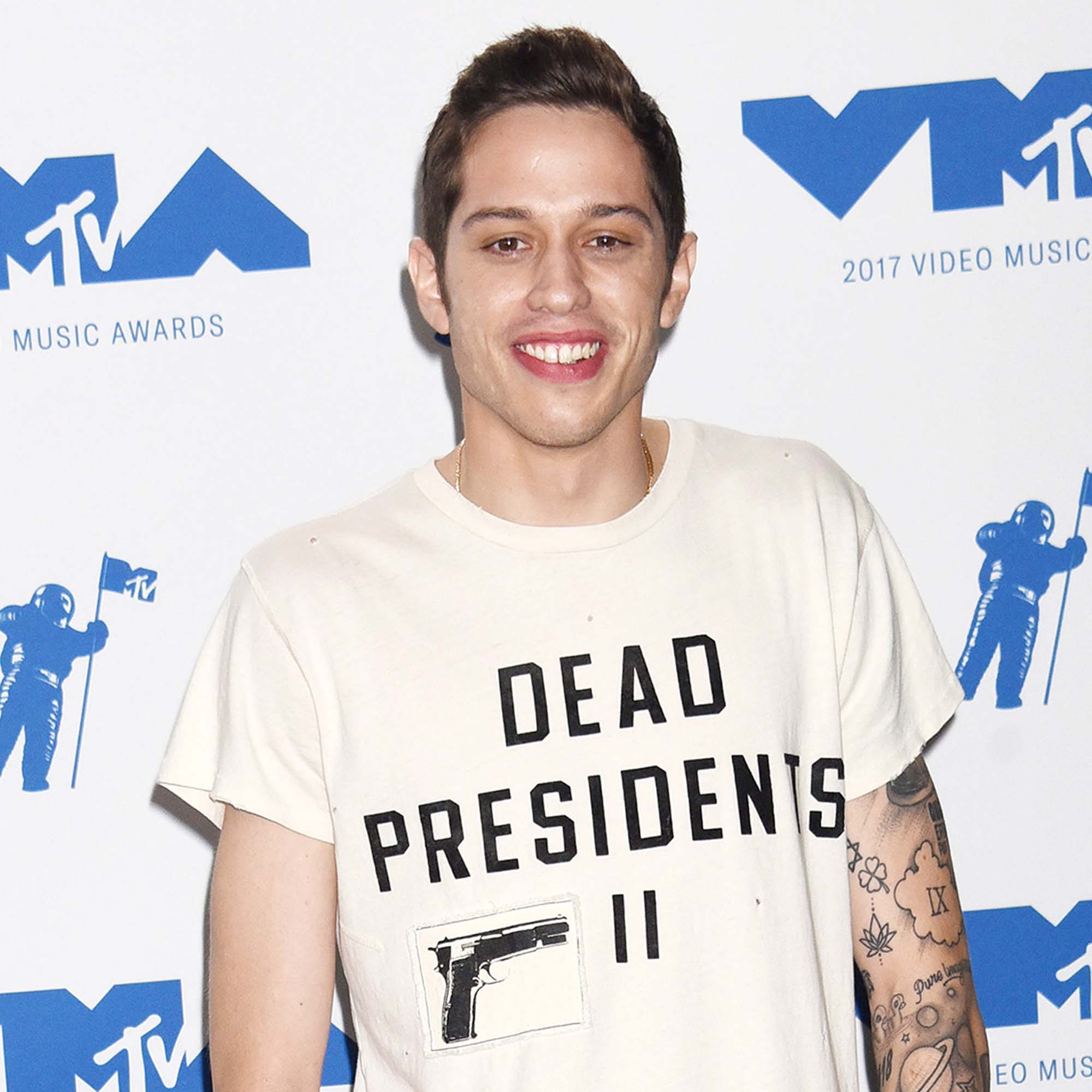 “I honestly never thought that I would get the opportunity to act and I love it a lot,” he said, referring to his roles in movies like The King of Staten Island and this year’s The Suicide Squad. “You have to get there three hours earlier to cover all your tattoos, because for some reason, people in movies, they don’t have them that much,” he joked.

“So now I’m burning them off, but burning them off is worse than getting them,” he continued. “Because not only are they, like, burning off your skin, but you’re wearing these big goggles, right? So you can’t see anything and the doctor’s in there with you.”

The doctor then has to ask the patient for verbal consent to remove the tattoo, the comedian explained. “So before he goes to laser each tattoo, you have to hear him announce what the tattoo is to make sure if you want to keep it or not,” he recalled. “So I’ll just be sitting there all high off of the [nitrous oxide] … and then all of a sudden I’ll just hear, ‘Are we keeping the Stewie Griffin smoking a blunt?’ And then I have to sit there and be like, ‘No, Dr. G.’” 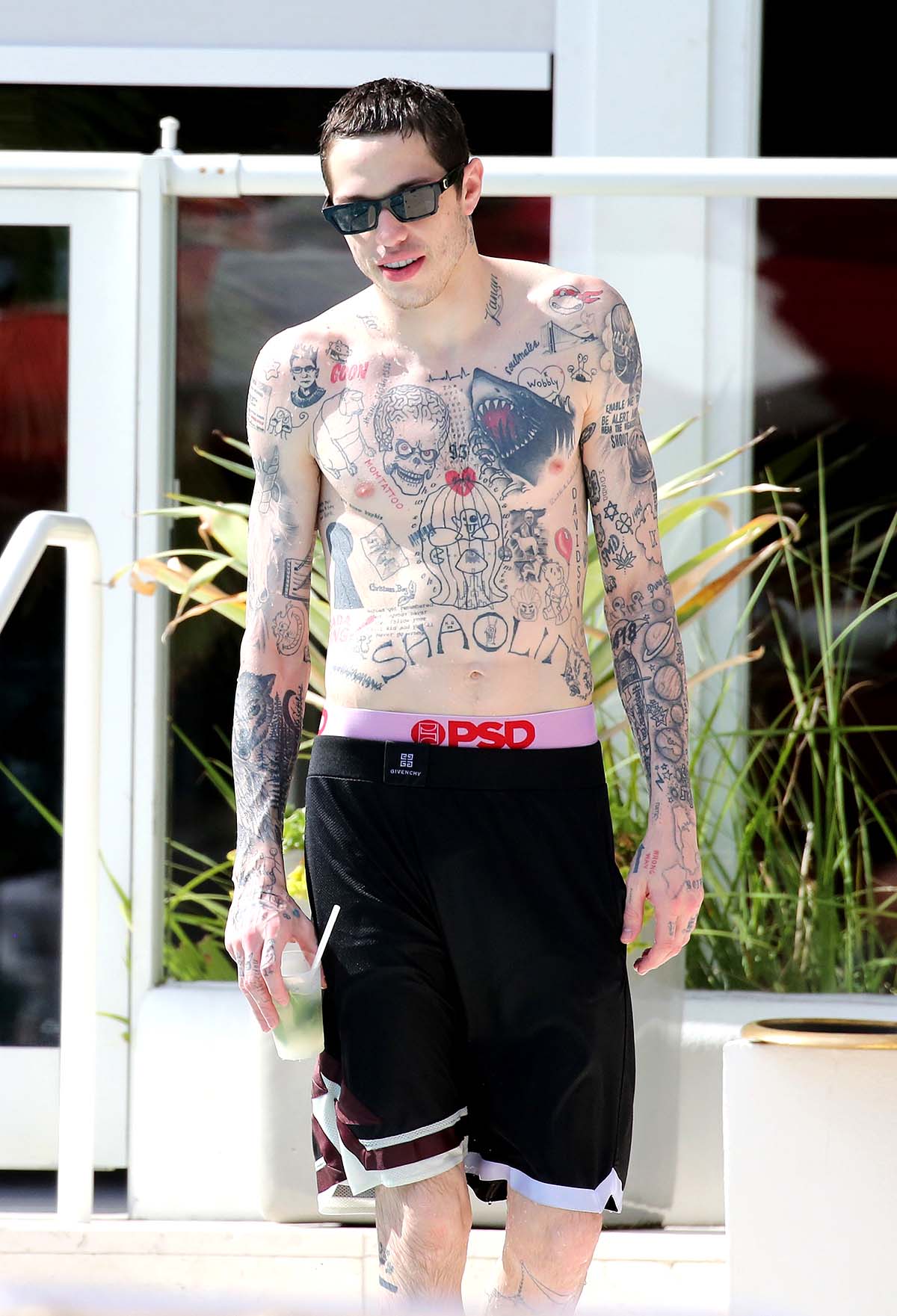 At one point, Davidson had more than 100 tattoos, including a Hillary Clinton portrait, the ghost emoji, a quote from Harry Potter character Albus Dumbledore, a drawing of New York City’s Verrazzano-Narrows Bridge, Winnie the Pooh and multiple tributes to his father, Scott Davidson, a firefighter who died responding to the September 11 terrorist attacks in 2001.

“If you’re going to get tattoos, just make sure you really, really want it — and aren’t on mushrooms,” advised the Set It Up star, who is currently dating Bridgerton actress Phoebe Dynevor.

Pete Davidson and Phoebe Dynevor: A Timeline of Their Romance

Host Seth Meyers pointed out that Davidson’s story was a “really important lesson” for those thinking about body art. “It’s not just that one day you’ll have them taken off, you will have to have them audibly described to you by a medical professional,” the New Year’s Eve star, 47, quipped.