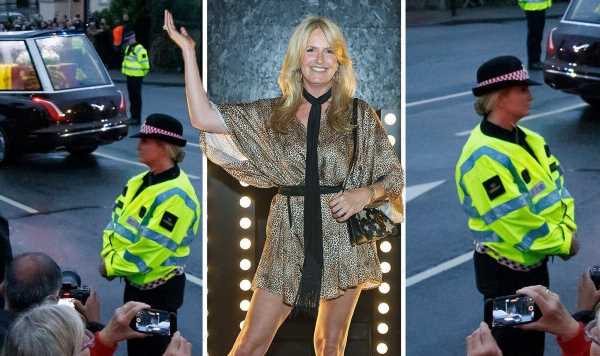 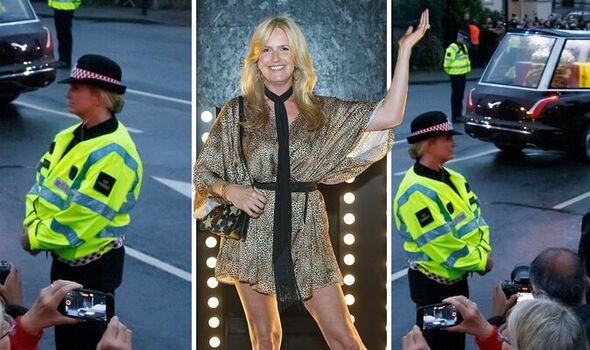 Penny Lancaster has been spotted wearing her police uniform at RAF Northolt after flying from Edinburgh this afternoon.

Pictures show the 51-year-old standing next to the car carrying the coffin as members of the public paid their respects.

On Good Morning Britain this week, she discussed policing during such a time.

Penny told the hosts it was “a great privilege” to work at the Queen’s memorial service at St. Paul’s Cathedral on Friday.

She added: “I signed the oath of Office of Constable to Her Majesty the Queen just over a year ago, April last year, and just as the seamless tie between Her Majesty and King Charles III, my oath will now be with the King.”