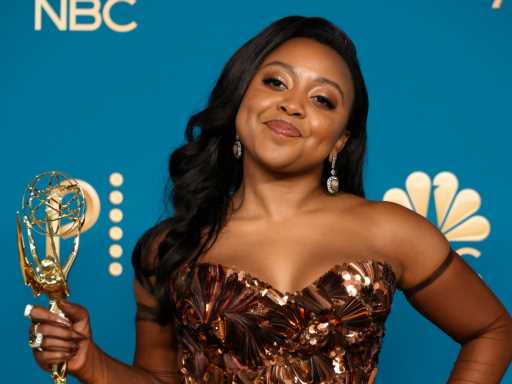 Did Jimmy Kimmel take his Emmys comedy bit too far on Monday night? That’s what a lot of people on social media are discussing after he somewhat stole the moment from Abbott Elementary‘s Quinta Brunson’s historic win.

The joke began when Will Arnett dragged Kimmel out to the stage, sharing that Kimmel couldn’t handle his liquor after losing again to John Oliver. That’s when the comedy bit should have wrapped up and the duo should have gotten on with presenting the Outstanding Writing in a Comedy Series category. But no, Kimmel was committed to the entire joke and stayed there the whole time while Brunson made her acceptance speech.

Many Twitter fans found it rude and disrespectful, especially since Brunson was the first Black woman to win the comedy writing category. One account wrote, “You’re not funny. What you did to @quintabrunson was disrespectful as hell. You owe her an apology. Get over yourself and admit your bits aren’t funny or relevant anymore. If someone did that to you, you would have lost it.” Another got straight to the point, writing, “@jimmykimmel what the f**k is wrong with you?” 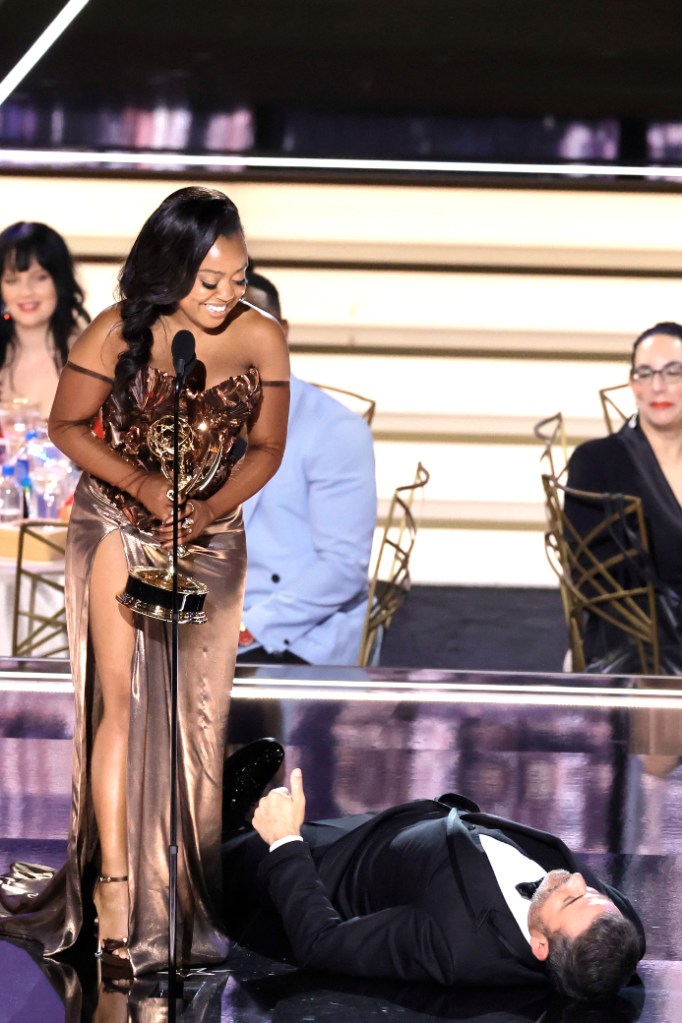 Brunson wasn’t as bothered as the rest of the world, but she probably didn’t want to spoil her big night either. “I know Jimmy Kimmel, and I don’t know, I feel like the bit didn’t bother me that much. I don’t know what the internet thinks,” she told the backstage press. Kimmel, who was an early supporter of Brunson’s career, praised her to ET at an Emmys afterparty. “She is so unbelievably talented. And I saw her pilot before it came out on ABC, and I wrote to her, and I was like, ‘I don’t know how we got this, but congratulations. You made a pilot that any network would be ecstatic to get,’” he gushed. It sounds like the two of them are OK with what happened, but to the audience at home, it looked downright rude — it’s like he never even thought about the optics of that very significant moment.

Before you go, click here to see the most shocking Emmy awards moments in primetime history.