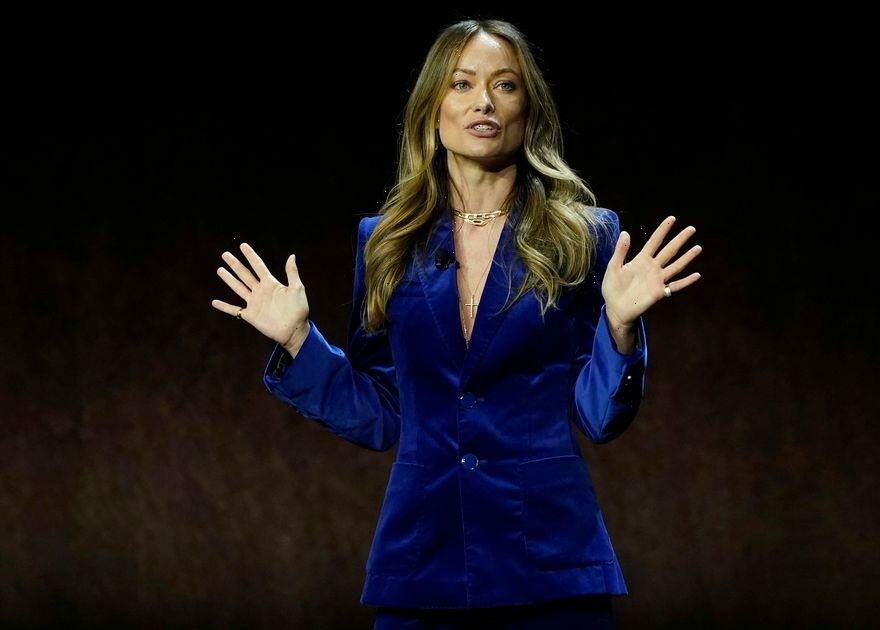 Those still pushing the theory thatHarry Styles spat on Chris Pineat the Venice Film Festival may be disappointed asOlivia Wildeis the latest star to confirm that the alleged Don't Worry Darling premiere incident simply did not happen.

Appearing on The Late Show With Stephen Colbert, the actress-turned-director, defended boyfriendHarry Stylesfrom the bizarre accusations.

The talk show host asked: “Did Harry Styles spit on Chris Pine? Why or why not? Support your answer.”

Olivia, 38, then responded with: “He did not, but I think it’s a perfect example of how people will look for drama anywhere they can.

“Harry did not spit on Chris, in fact," she added.

To this Stephen joked: “Only time will tell,” while Olivia insisted that the spitting incident never took place.

The singer-turned-actor joked: “It's wonderful to be back in New York. I just popped very quickly to Venice to spit on Chris Pine.”

His comment was met with screams from his fans, to which he smiled and added: “But we're back!”

And while Chris Pine, 42, has not directly addressed to the claims, a spokesperson for the actor released a statement, which read: “This is a ridiculous story — a complete fabrication and the result of an odd online illusion that is clearly deceiving and allows for foolish speculation.

It continued: “Just to be clear, Harry Styles did not spit on Chris Pine.

“There is nothing but respect between these two men and any suggestion otherwise is a blatant attempt to create drama that simply does not exist.”

The claims that Harry had spit on his co-star began spreading across social media after a video clip was shared that appeared to show Chris stopping mid-applause and looking at his lap in disbelief as Harry nonchalantly sat down next to him.

The clip has been dissected by TikTokers and Twitter users alike, with two camps forming of those who rubbished the claims and those who adamantly believed that the former boy bander spat on his co-star.

The spitting claims came amidst an outpouring of controversy surrounding the film, including persistent rumours of afeud between director Olivia Wilde and the film’s star Florence Pugh.

These claims were also been rubbished by Olivia at a Venice press conference which took place hours before the premiere.

She said: “Florence is a force; we are so grateful she is able to make it tonight [to the premiere] despite being in production.

“As for all the endless tabloid gossip and noise out there, the internet feeds itself. I don’t feel I need to contribute to it. It’s sufficiently well-nourished.”