In a ‘fearless, empowered, and independent’ visual extravaganza, global pop singer Noa Kriel weaves a captivating tale about ‘how other people see you in their minds,’ and how perception can be deceiving.

Noa Kriel’s newest video has a little bit of everything: euphoria-inducing chemicals; a giant crane game, where she’s the most sought-after prize; synchronize aqua-choreography; an unintentional visual pun of the term “designer drugs”; and more eye-catching colors than an electric rainbow. Paired with the undeniable groove and Noa’s intoxicating vocals, and “Bad Little Thing” is a very, very good thing. It’s also a great introduction to those who are unaware of this global pop phenomenon.

“Now ‘Bad Little Thing‘ is yours, and I hope you’ll love it and feel empowered!” Noa tells HollywoodLife. The song’s lyrics are about how she cannot be controlled, and they pair well with the visual, which she says is about “how other people see you in their minds.” Each dose takes you to a different world, where Noa takes on a different aspect. “This is one part of me – fearless, empowered, and independent,” she says. “Hope people feel the same after listening to it!”

“Bad Little Thing” comes after Noa’s breakthrough English-language debut, “Please Don’t Suck.” Released over the summer, the track has the Israeli pop superstar team with production duo The Monarch, flipping the melody of The Chordettes‘ “Mr. Sandman” into a modern dance banger. In a few short months, it has amassed over 24.5 million views on YouTube, proving that the English-speaking world is ready for Noa’s exciting take on pop music.

In an EXCLUSIVE interview, Noa shares how it felt to be suspended in that crane game, the inspiration behind the video, and what fans can expect from her in the new year. 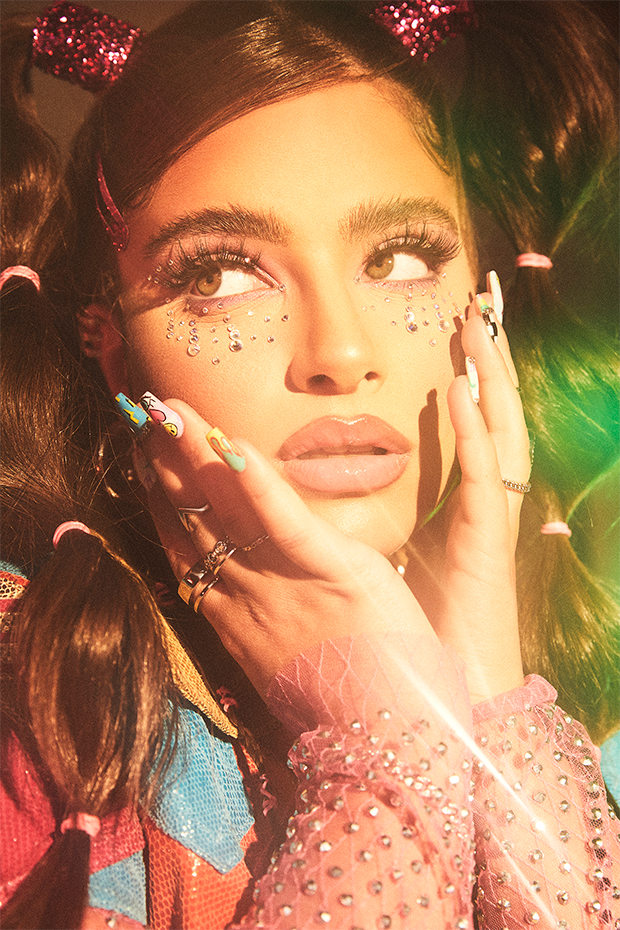 HollywoodLife: What was the inspiration to do a pharmaceutical-inspired video for “Bad Little Thing“?

Noa Kriel: This video is about fantasy. Every pill takes you to a different world. It’s about how other people see you in their minds.

What was it like being suspended in that crane game?

Wow. It was actually a tough situation. The day after, I couldn’t walk [laughs], but I knew it would be a great moment – I’m here for the art!

Whose idea was it to have the Louis Vuitton-inspired room? The brown with the bright pill lights struck off as a clever play on the term “designer drugs.”

We actually didn’t think of it as Louis Vuitton-inspired but now, when you are saying that, I can see why. It was the director’s idea, the genius Roy Raz. 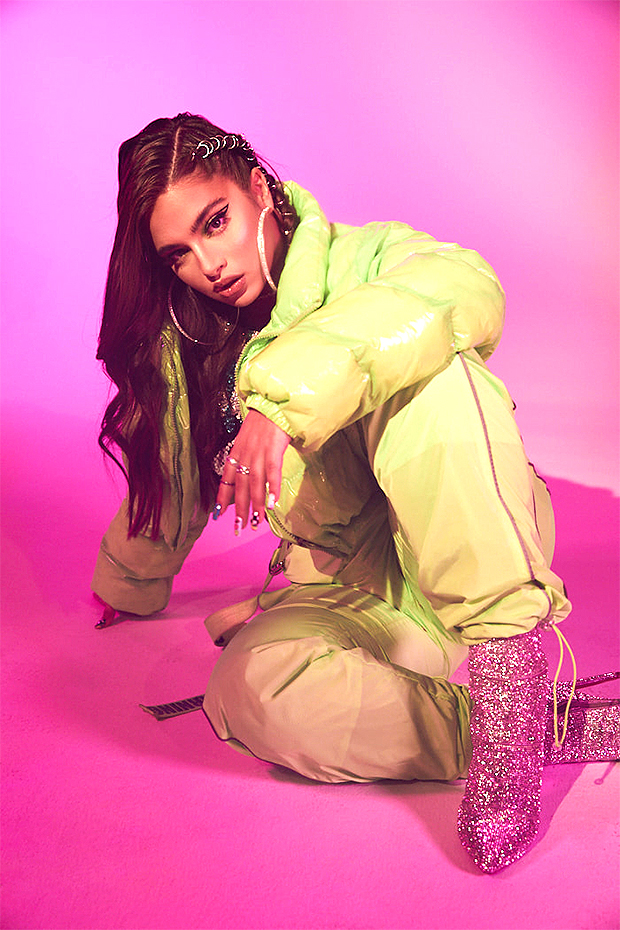 You tell me! [Laughs] So far, it’s been great. I’m very excited to keep on sharing the music I’ve been working on the past year. Now “Bad Little Thing” is yours, and I hope you’ll love it and feel empowered!

For those who don’t know your earlier work, would you say “Bad Little Thing” is a good representation – both visually and musically – of yourself as an artist?

Totally! This is one part of me – fearless, empowered, and independent. Hope people feel the same after listening to it!

My plan is to release more music, build my audience and keep pushing myself. I want to give everyone the best of me. More to come!! 2022, Please Don’t Suck!

“Bad Little Thing” is out now.