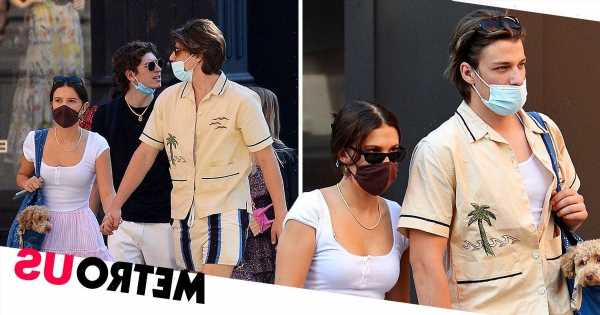 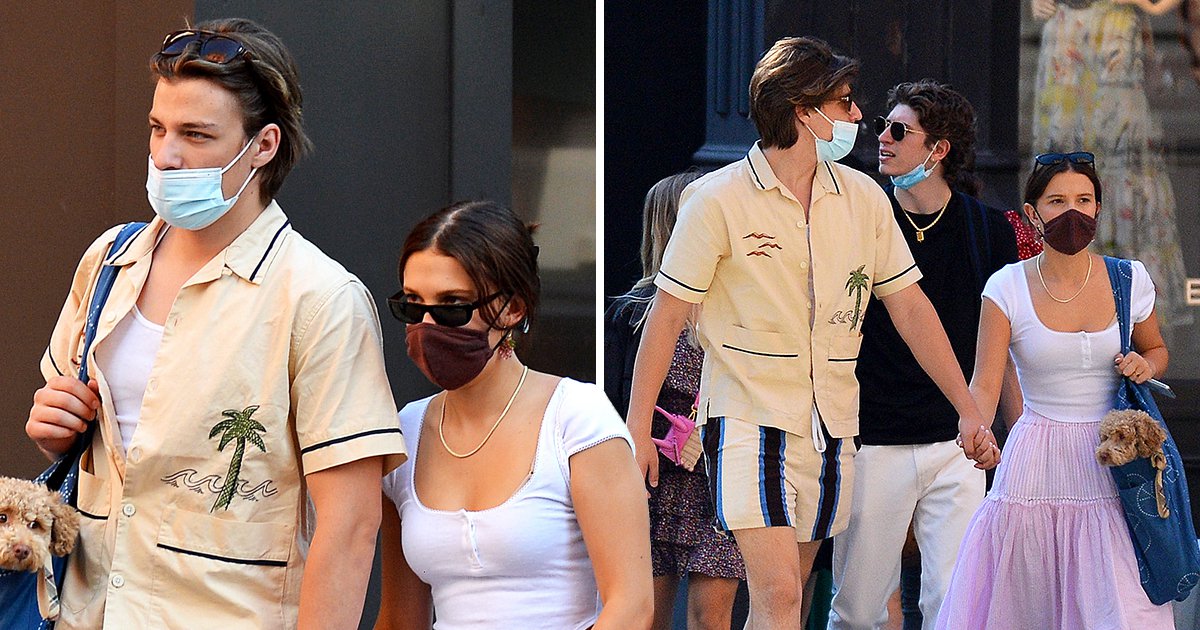 Millie Bobby Brown has been spotted out and about in New York, holding hands with her rumoured boyfriend Jake Bongiovi.

The pair were dressed for the hotter summer weather in light clothes and sunglasses as they strolled together, hand-in-hand, and took turns carrying Millie’s adorable poodle Winnie, who was along for the ride in Millie’s blue patterned tote bag.

Although there has been no official acknowledgement of their relationship status, Jake, the 19-year-old son of rocker Jon Bon Jovi, did share a photo of himself with the 17-year-old Stranger Things star earlier this month.

Sitting in the back of a car, they both pouted at the camera and Jake labelled the snap: ‘bff <3’.

Millie responded in a similar fashion, writing ‘BFF’ and adding a unicorn emoji, but has not shared any other comment on their relationship.

However, it looks like things have now stepped up a gear as they walked around the city together.

Dressed in a white scoop-necked T-shirt and a flowing midi-length pink and white striped skirt, Millie looked cool and comfortable.

The Enola Holmes actor also added a pop of colour with purple patterned T-bar flats and accessorised her ensemble with a gold chain necklace and statement gold earrings.

Syracuse University student Jake was keeping up with his girlfriend in the style stakes as he rocked a vintage-style cream shirt with palm tree design and matching cream shorts with a bold black and blue stripe pattern.

It also appears a spot of shopping took place as when Jake took over on Wilma-carrying duties, Millie had an unidentifiable white shopping bag slung over her shoulder.

The Florence By Mills beauty entrepreneur has recently been busy filming the hotly-anticipated fourth season of Netflix’s mega-hit Stranger Things, where filming was put on hold last spring due to Covid.

Although no release date has been confirmed yet, the first teaser trailer has dropped and new photos from the set suggest Millie’s character Eleven might be in a spot of bother again as a mannequin version of Eleven being was photographed being wheeled out of a building on a stretcher, wearing an oxygen max.

Stranger Things seasons 1-3 are available to stream on Netflix.