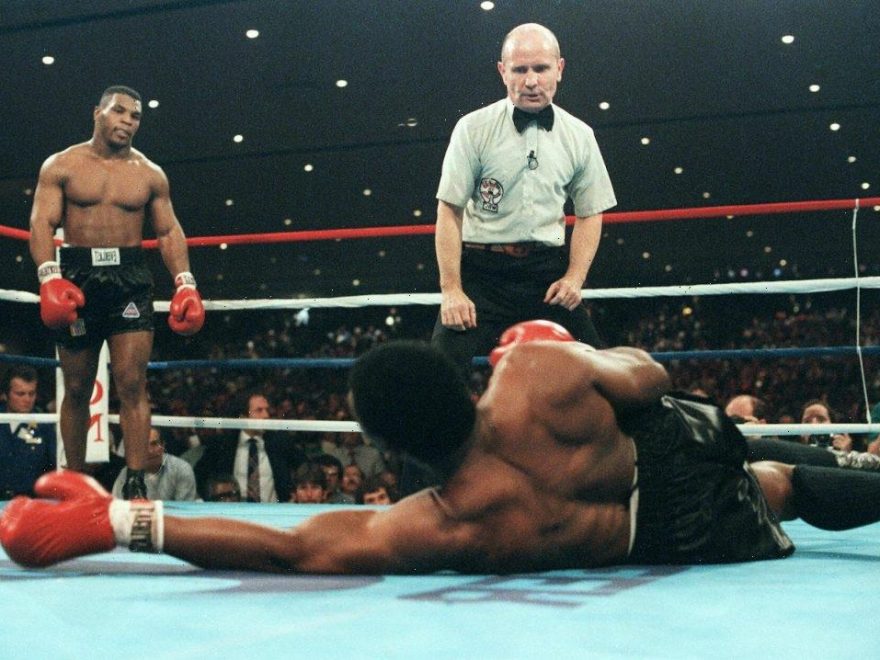 Mike Tyson is well known for his eccentric personality, high-pitched voice, and lisp, but he’s also known for being one of the most powerful punchers to ever step into the ring. The former heavyweight champion was bullied as a child but dominated the sport of boxing for over a decade, earning a 50-6 record and $400 million in the process.

Tyson’s fierce fighting style made him a lethal weapon inside the ring and out. Early in his career, he developed a leaping uppercut technique that would often knock his opponents senseless. Tyson finished his career with 44 wins by knockout, an impressive feat.

Years after the fact, Tyson has revealed that he legitimately tried to kill Berbick while the two were in the ring.

Tyson admitted he had intentions of killing Berbick during a 2020 interview with VLAD TV.

According to Tyson, he had a beef with Berbick because he didn’t like the way the boxer had beat on Muhammad Ali during their fight in 1981.

“I saw the way he was beating—he was hitting Ali really hard with everything he had,” Tyson said. “Ali didn’t have nothing left … But he was trying to kill him. So I said, ‘Ooh, I can’t wait ‘til I get him.’ Him and Larry Holmes.”

He knocked Trever Berbick out in the second round

When the bell sounded for their match to begin, Tyson attacked Berbick relentlessly. He dominated the first round of the fight, knocking Berbick across the ring as the round concluded.

When the second round began, the violence continued, with Tyson knocking Berbick to the ground immediately. Tyson knocked Berbick down a second time shortly after, and the referee stopped the fight at 2:35 after Berbick struggled to get back on his feet. The night ended with Tyson winning the WBC Heavyweight Championship, becoming the youngest heavyweight champion at 20 years old.

Before and after his match with Berbick, Tyson had a reputation for knocking out opponents in the first two rounds of fights. In fact, it became such a common occurrence that Tyson would get a huge bonus every time he knocked out an opponent in the first round.

Tyson explained how he earned what he called “f*ck you money” during a 2020 episode of his Hotboxin’ podcast.

During the same interview, Tyson revealed that he would often spend all of the extra earnings at the nightclub, on women, on jewelry, or he’d simply give it away. At the conclusion of his career, Tyson had accumulated 22 first-round knockouts.