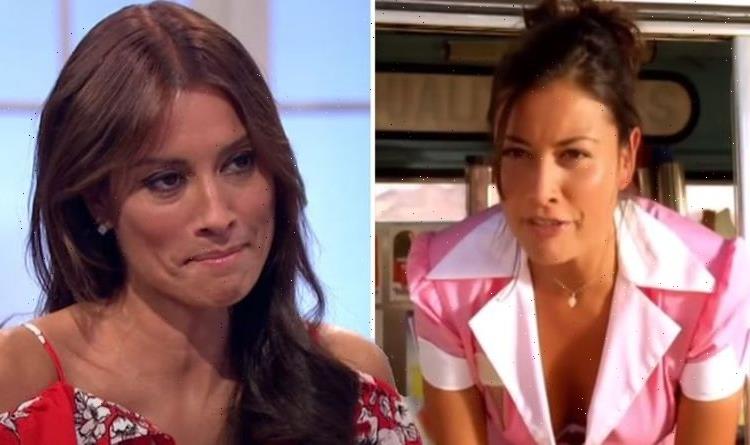 While she is perhaps best known for Today with Des and Mel, Melanie Sykes has hinted that she will no longer appear on television. Her decision comes after her appearance on Celebrity MasterChef 2021 and the latest season of Shop Well for Less?.

It became apparent that I have out grown it in so many ways which I will discuss in detail in the future.

Melanie, 51, began her career in the mid-1990s as the face of Manchester brewed beer, Boddingtons Bitter, fronting their advertisement campaigns.

After gaining attention, she soon began reporting for Channel 4’s The Big Breakfast, which aired on the network until 2002.

Many fans will also know Mel through her stint on ITV’s popular show, I’m A Celebrity… Get Me Out Of Here! in 2014.

However, while many on the celebrity scene enjoy appearing on television, this is something that no longer appeals to Melanie.

In view of her 284,000 Instagram followers, she has said: “At the end of April this year I stepped away from television after filming 3 different projects on the bounce, which you will see over the coming months.

“It became apparent that I have out grown it in so many ways which I will discuss in detail in the future.

“That said, I hope you enjoy the shows.”

Melanie continued: “Some are just pure ‘entertainment’, some important.

“The decision to step away was very easy for me as after two years of being editor of @thefrank_mag I have found my calling creatively & through this I have reconnected with who I am, what I believe in and what I am good at.”

The former Loose Women star added: “I’ve been busy on the relaunch of ‘Frank’ due to go live in Sept. @melaniejburnett & I started out together in 2019 and our working relationship blossoms every day, it’s an extraordinary journey which I am relishing.

“‘Frank’ is a platform for information about women and the world we live in. As you might know by now Frank is ‘For Women who dare to be a force of nature in a sustainable world.’”

Ahead of her announcement, Melanie had filmed a series of programmes, including Shop Well for Less? alongside Joanna Page.

The BBC One programme sees the pair help families lower their spending without adjusting their lifestyle, but instead swap some of the more popular brands for cheaper alternatives.

Episode one sees the presenters travel to Kent to help the Katnorias who go by the motto of “treat yourself”.

The family-of-six continued to spend staggering amounts during the pandemic through online shopping rather than spending in-stores.

As well as Shop Well for Less? Melanie will appear on Celebrity MasterChef on Monday, in the hope of becoming the 2021 champion.

The brunette bombshell will appear alongside reality star Megan McKenna, Penny Lancaster and Patrick Grant in the tough competition.

In order to progress, Melanie and her co-stars must face the gruelling Under The Cloche challenge, preparing a meal that showcases a random ingredient, putting them through their paces.

Later on, they must create a street food dish focusing on Vietnam before sweating it out while making a meal that is suitable to serve at a party.

Shop Well for Less? airs tonight at 8pm on BBC One.