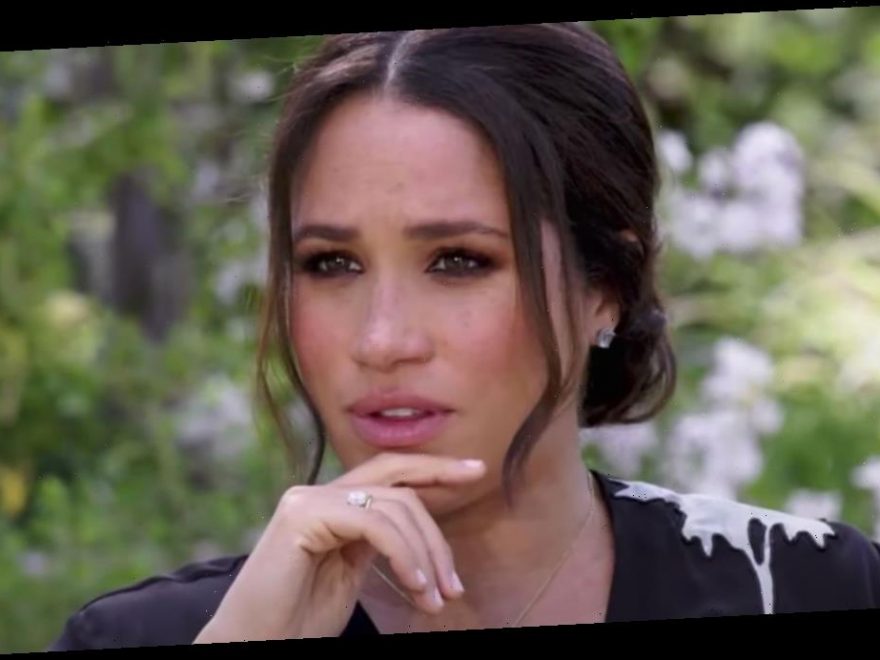 Meghan Markle has hinted The Firm are "playing an active role in perpetuating falsehoods" about her in a new dramatic teaser from her bombshell interview with Oprah Winfrey.

The 39 year old has taken part in a "tell-all" interview with the chat show legend alongside her husband Prince Harry, 36, which will air in the US on Sunday night.

ITV have secured the rights to air the two hour special just 24 hours after it is broadcast in the US, in a deal which is believed to be worth £1,000,000.

CBS, who will air the interview stateside, have now released a second teaser from the explosive chat, in which 67 year old Oprah asks the Duchess of Sussex how she feels about the palace hearing her "speak her truth".

Meghan responds: "I don't know how they could expect that after all of this time we would still just be silent if there is an active role that The Firm is playing in perpetuating falsehoods about us.

"If that comes with risk of losing things, I mean, there's a lot that's been lost already," she continues.

Buckingham Palace declined to comment on this story after being approached by OK! online.

The claim from Meghan comes after Buckingham Palace announced they would be "looking into the circumstances" around the allegations made by The Times that she "bullied" staff, an allegation that Meghan has vehemently denied.

A statement from the palace issued on Wednesday reads: "We are clearly very concerned about allegations in 'The Times' following claims made by former staff of The Duke and Duchess of Sussex.

"Accordingly our HR team will look into the circumstances outlined in the article. Members of staff involved at the time, including those who have left the Household, will be invited to participate to see if lessons can be learned.

"The Royal Household has had a Dignity at Work police in place for a number of years and does not and will not tolerate bullying or harassment in the workplace."

The Times claimed on Wednesday that the couple's former communications secretary Jason Knauf – who now works for Prince William and Kate Middleton – submitted allegations of "bullying" in October 2018, though it is understood these were not pursued. A source alleged to The Times that Prince Harry had "pleaded" with Jason not to pursue the bullying allegations before he raised the claims to Buckingham Palace HR in a bid to "protect the staff" that were "coming under pressure" from Meghan.

The newspaper says that Jason wrote in his email: "I am very concerned that the Duchess was able to bully two PAs out of the household in the past year. The treatment of X was totally unacceptable.

"The Duchess seems intent on always having someone in her sights. She is bullying Y and seeking to undermine her confidence.

"We have had report after report from people who have witnessed unacceptable behaviour towards Y."

OK! understands that in fact the employees who were the subject of Jason's emails were not aware that a complaint was raised and that was done without their agreement.

When they found out a complaint had been made they are believed to have asked for the complaint to have been withdrawn.

A spokesperson for Harry and Meghan forcefully denied the allegations made by the Times stating that Meghan is "saddened by this latest attack on her character, particularly as someone who has been the target of bullying herself and is deeply committed to supporting those who have experienced pain and trauma.

"She is determined to continue her work building compassion around the world and will keep striving to set an example for doing what is right and doing what is good."

Oprah with Meghan & Harry will air on Monday at 9pm on ITV.