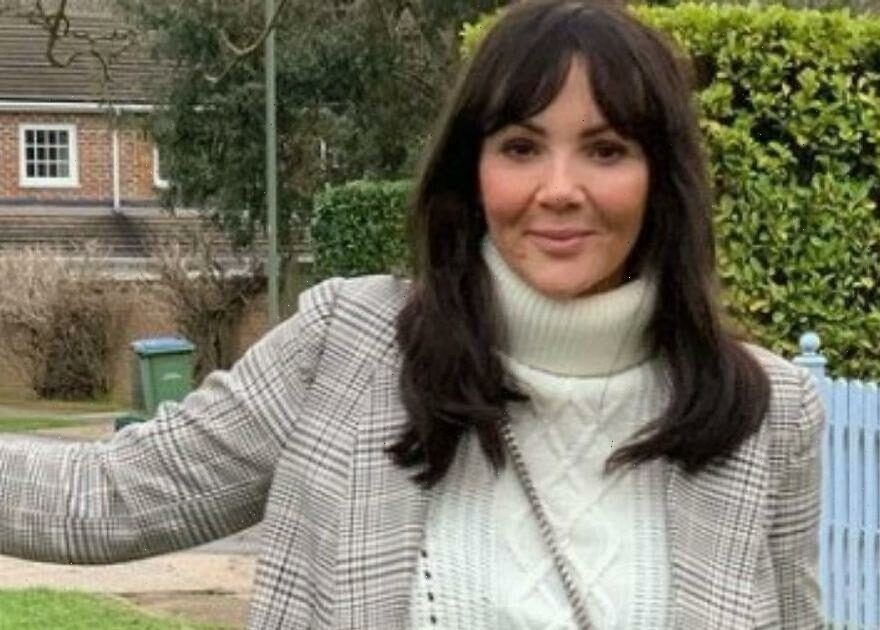 Ex-EastEnder and Love Actually star Martine McCutcheon gave fans a huge dose of nostalgia this morning as she shared a sweet throwback photo to her modelling years.

The Perfect Moment singer shared a cheeky snap from her modelling campaign for noughties retailer Tammy girl when she was aged just 11.

The image had been shared ahead of the star’s birthday on Saturday, when she will be turning 46.

Alongside an image of the young model sporting a Looney Tunes themed jumper emblazoned with Sylvester the cat, Martine wrote: “ Erm… Exsqueeze me guys… But where’s the sun gone?! "

Fans of the brand, which was aimed at clothes for teenage girls, couldn’t hide their joy at the throwback picture, with many citing fond memories of the chain, which closed its UK stores back in 2016.

One fan commented: “Tammy girl was my ultimate favourite treat. Not heard or seen that for years!”

While another added: "I had this jumper!!! Thanks for the lovely memory.”

Before a third said: “Ahh Tammy Girl! Now that's a blast from the past”

Many others were curious about Martine’s plans ahead of her weekend birthday, with several hoping she managed to get the coveted sunshine she had been hoping for.

“The sun will shine on your birthday, you don't look a day past 25.Hope you have a lovely birthday on Saturday Martine,” commented one fan.

With another saying: “Saturday is looking fab. Hope you have something lovely planned!”

Another commenter revealed their birthday was just a day away from the actresses’, and hoped that the fine weather could extend to Friday too. They said: “Mine on Friday! Can we add shine on Friday as well? HBD for Saturday”

Martine first appeared on our screens in a series of commercials in the late 80s, before landing a starring role in the CBBC television series Bluebirds. Yet it was her iconic turn as Tiffany Mitchell in Eastenders that propelled the young actress to stardom, with her 2003 performance in Love Actually adding a silver screened string to her acting bow.

Alongside acting, Martine has also appeared in the UK charts, with her debut studio album, You Me & Us even reaching the number two spot in the UK back in 1999. In another proud accomplishment the star also combined both music and acting for an award winning performance in My Fair Lady, where she bagged herself a Laurence Olivier Award in 2002 for playing the role of Eliza Doolittle.

Martine is currently married to husband Jack McManus, a singer-songwriter with the couple sharing one child together, 7 year old Rafferty Jack McManus.