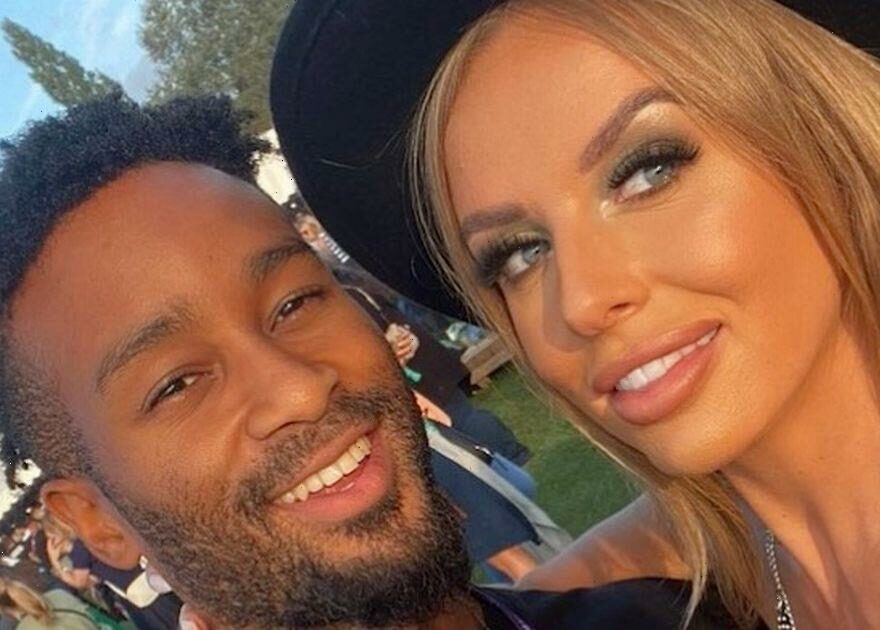 Faye Winter shared a sweet tribute to her boyfriend and fellow Love Island star Teddy Soares on her Instagram page, in a candid shot of him sleeping soundly.

The Devonshire beauty revealed that after having an awful day, her financial consultant beau jumped into his car and drove all the way down to the coast from his home in Manchester just so he could support her in person.

Posting an image of Teddy fast asleep in her bed, Faye, 26, tenderly held him as she told her followers he hadn't arrived until the middle of the night.

"Had a s**t day yesterday, but this one came down at midnight to make today better," she gushed. "Forever grateful @teddysoares."

The couple have been open about their plans to move forward in their relationship since leaving the villa in the summer, but insisted the best course of action at this early stage was to keep their own space as individuals.

As a result, the lovebirds have had to operate long-distance with constant drives between two ends of the country.

Despite the logistical difficulties involved, Faye and Teddy remain utterly loved-up and have plans for their future.

Estate agent Faye recently opened up about tying the knot with her love, as she joked it was a "race" between them and Chloe Burrows and Toby Aromolaran, who finished second in the reality show.

Speaking in an interview with Cosmopolitan, Faye then declared: "We’re getting married!"

What's more, Faye and Teddy are looking for their own property to buy together, as the former told her fans she would keep them in the loop of any updates following some secret viewings.

"I've got something to declare, sorry guys, we have been to house viewings this week. I know, so exciting," she said.

Admitting it's weird to be on the other side as a buyer, Faye shared: "And I feel like as it's my passion and love I've done it for the last ten years.

"I adore it, I adore my job, so it's going to be weird being on the other side of it," the star added.

It comes as Faye recently spilled the beans on all sort of hidden secrets about the Love Island villa.

She not only spoke about an area that was completely camera-free, but also confirmed if there were any islanders that smoked.

Stay up to date with all the latest on Faye Winter and Teddy Soares by signing up to OK!'s daily celebrity newsletter.