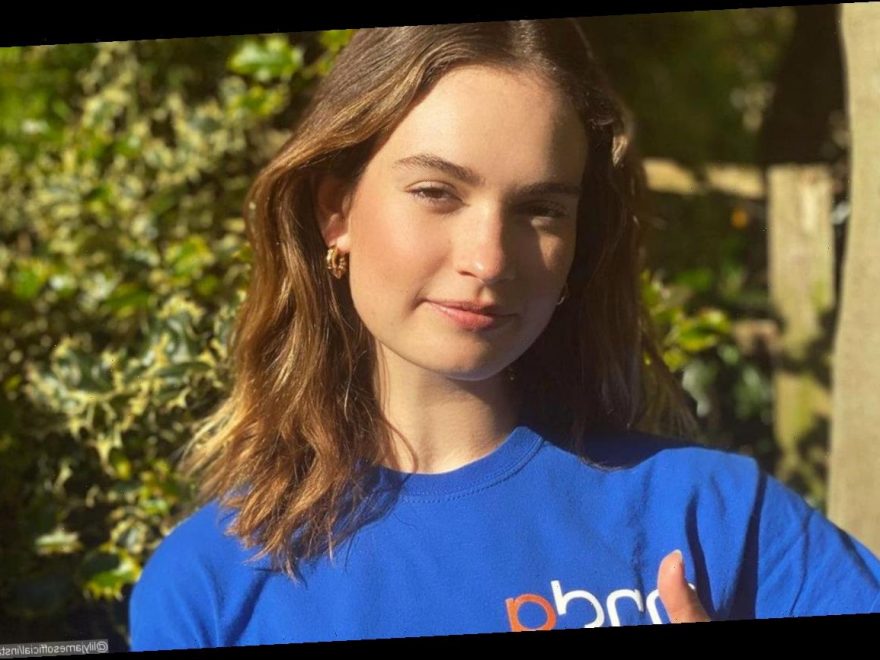 The ‘Mamma Mia! Here We Go Again’ star seems to be confirming her romance with the Queens of the Stone Age bassist almost six months after she got caught up in affair scandal with Dominic West.

AceShowbiz –Lily James appears to have confirmed she and rocker Michael Shuman are dating after holding hands with the Queens of the Stone Age star during a day out with his folks. The new couple was photographed with his parents last week (ends April 2) in Los Angeles.

Lily was also spotted kissing Michael outside a hotel in England, where she was filming her new movie “What’s Love Got to Do With It”, in February.

The new romance comes almost six months after the “Yesterday” star was caught up in an affair scandal with her married “The Pursuit of Love” co-star Dominic West after they were spotted kissing in Rome, Italy.

However, after the pair hit headlines for apparently being more than just friends, Dominic returned home to his wife, aristocratic Irish landscape gardener Catherine FitzGerald, and told reporters, “Our marriage is strong and we’re very much still together”.

“This isn’t the time for me to do that but I appreciate you asking,” Lily told Entertainment Tonight during a press junket for her 2020 Netflix movie “Rebecca” when asked to comment on her photographs with Dominic.

Back in 2020, Lily made headlines after pictures of her kissing married Dominic hit the web. After pictures from their fateful trip made their way out, Dominic and his wife Catherine announced that they are very much still together.

Lily, meanwhile, remained low-key until she made her first TV appearance since the scandal on “The Tonight Show Starring Jimmy Fallon” on October 23 to promote her new Netflix movie “Rebecca“.