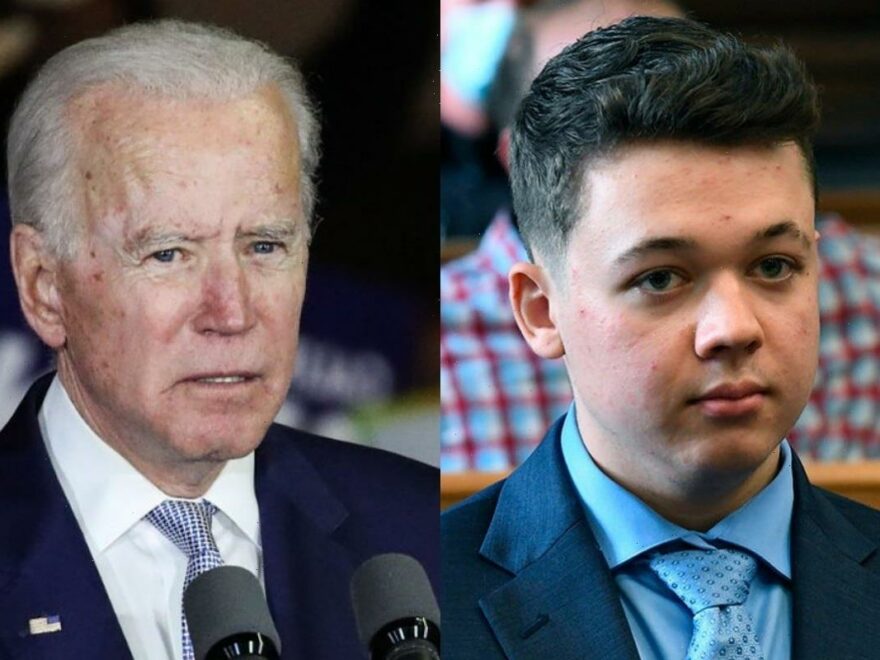 The 18-year-old Antioch resident urges the president ‘to go back and watch the trial and understand the facts before you make a statement’ after he was acquitted in the shooting during the Kenosha unrest.

AceShowbiz -Kyle Rittenhouse has called out Joe Biden for his past comment suggesting that the teen was a white supremacist. The 18-year-old accused the president of “malice” and “defaming” his character for linking him to the extremists.

Kyle was asked about he felt over the president’s comment when sitting down with Fox News’ Tucker Carlson for an hour-long interview that aired Monday night, November 22. “Mr President, if I can say one thing to you, I would urge you to go back and watch the trial and understand the facts before you make a statement,” said the teen, who was acquitted in the shooting deaths of two men during the unrest in Kenosha back in August 2020.

“It’s actual malice, defaming my character for him to say something like that,” he went on telling Carlson. The teenager added that it was “sickening” and a “disgrace” for people to have spread lies about his case.

Biden used the phrase “white supremacist” in September 2020 when criticizing then-president Donald Trump who refused to condemn right-wing violence in the wake of unrest in Kenosha, Wisconsin, and other American cities.

“There’s no other way to put it: the President of the United States refused to disavow white supremacists on the debate stage last night,” he tweeted along with a 50-second clip, which included an image of Rittenhouse wielding a semi-automatic riffle.

Rittenhouse was acquitted on all charges last Friday, November 19. In the wake of the verdict, Candace Owens, who has been publicly supporting the teen, has urged him to sue everyone, including LeBron James and President Biden.

Calling the verdict “bittersweet” because Kyle’s life “will never be the same” after the public judgment, the conservative author wanted “vengeance.” She said on “The Majority Report with Sam Seder”, “I want to make sure that Kyle is suing every single person from LeBron James to Joe Biden… This is not over for me. It doesn’t feel like a win.”