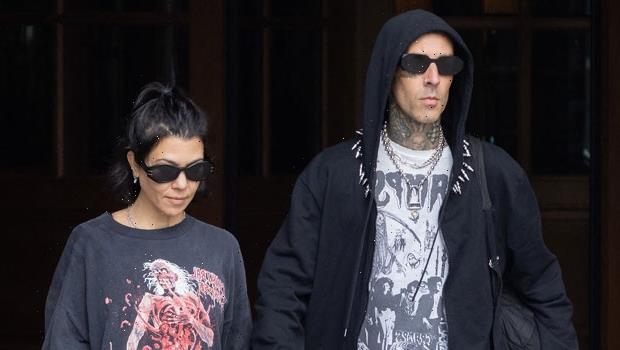 Travis Barker and Kourtney Kardashian were photographed sharing a passionate kiss, just one day after an alleged diss from Kourt’s ex Scott Disick. The pair seemed to brush it off as they engaged in some PDA at Disneyland Paris, with the mom-of-three rocking some Minnie Mouse ears as she kissed her beau, who wore a black, studded hoodie. 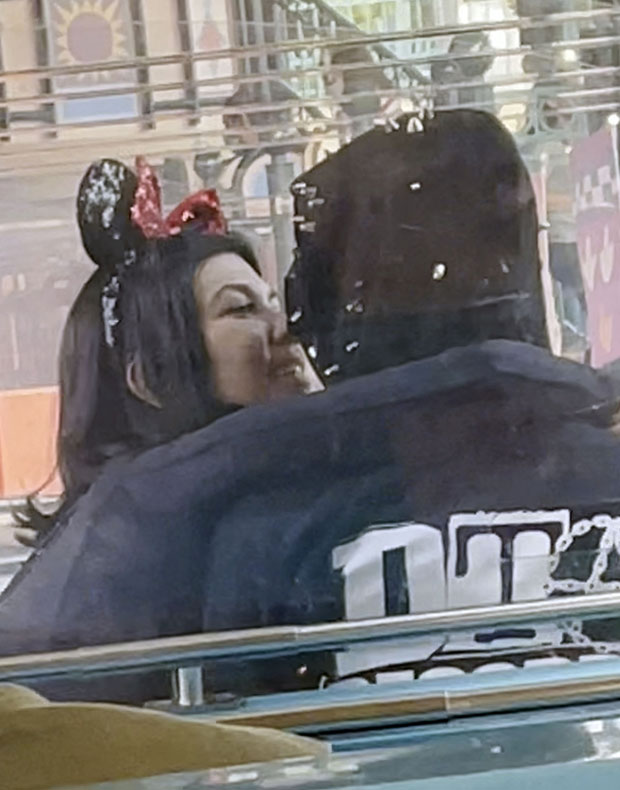 Just one day prior, Kourt’s 28-year-old model ex Younes Bendjima posted a screenshot of an Instagram DM that Scott supposedly sent him, featuring a snap of Travis and the 42-year-old Keeping Up With The Kardashians star. Scott allegedly sent Younes a photo of Kourtney and Travis lying on a raft, kissing. Scott, whom Kourtney shares her three children with, clearly seemed a little bothered by her PDA with the Blink-182 rocker. “Yo is this chick ok!?” he wrote. “Bro like what is this. In the middle of Italy.” Younes responded coldly to Scott. “Doesn’t matter to me as long as she’s happy,” he wrote. “PS: I ain’t your bro.” See the exchange HERE.

When Younes re-posted the screenshot to his story, he added, “Keep the same energy you had about me publicly, privately.” In another story, he expanded on his feelings on Scott. “He been playing around for too long, tired [sic] to stay quiet and be the nice guy,” he wrote. Fans then theorized that Travis responded to the controversy when he took to his Instagram Story on August 31 to post a meme of Ray Liotta’s character in Goodfellas laughing hysterically. 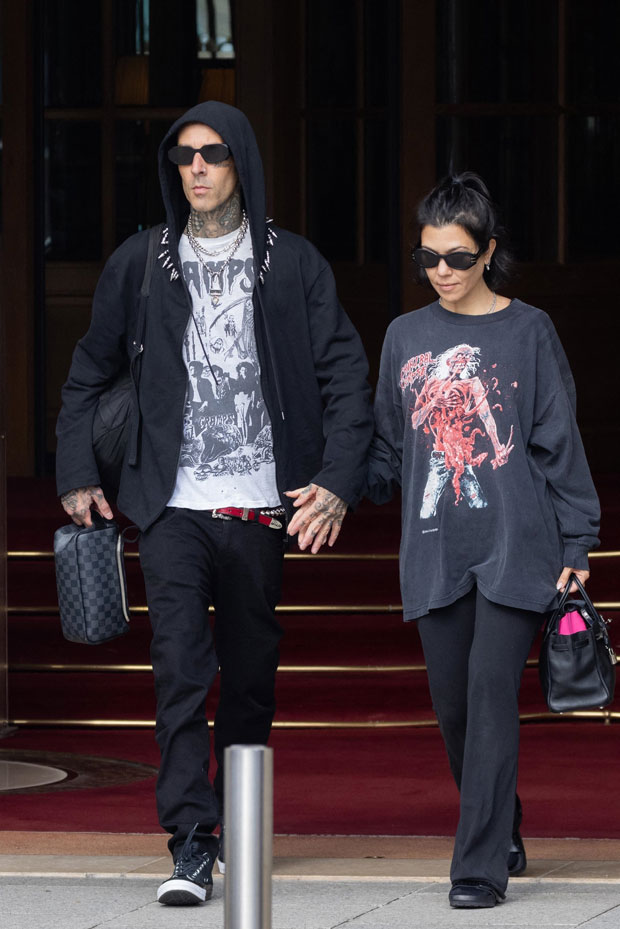 The musician also liked an Instagram post from a fan account that shared Younes’ story, according to E! News. Kourtney herself didn’t seem to weigh in, but she did post some fan art of her and Travis to her Instagram story. Back in June, Travis seemingly liked a comment that highlighted the 18-year age difference between Scott and his current girlfriend Amelia Hamlin, 20. A source close to Travis and Scott also revealed to HollywoodLife that the drummer skipped Scott’s birthday party in May. “Travis sat this one out because it just makes life a hell of a lot easier because it is kind of weird for Scott to see Kourtney and Travis together,” the insider dished.