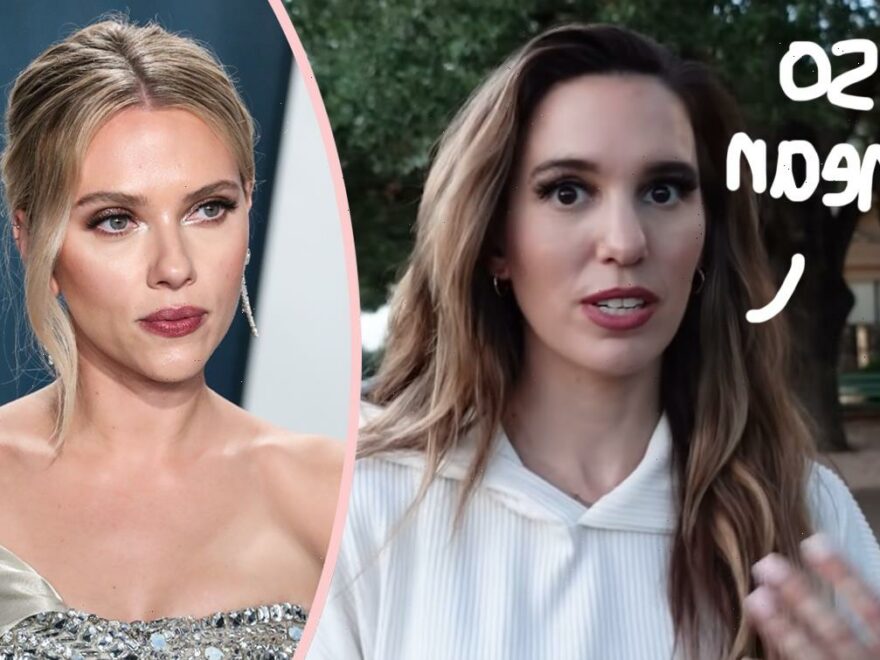 On her YouTube channel, the grownup Disney star has been dishing the dirt on her past, like her beef with Even Stevens co-star Shia LaBeouf and the story of how she lost the millions she made as a child star. What’s next, are we going to find out Kim Possible thought Ron Stoppable was a secret racist or something??

Christy is actually diving into a less well known chapter of her life next — high school! Yes, in her latest video on Tuesday she opened up about her experience being bullied in school.

Of course, when you go to the NY Professional Children’s School, a 6-12th grade school created for theatrical performers, even your high school mean girl stories are star-studded. Christy teased:

“I got bulled by a lot of kids. Some of them were famous. In fact, one of my biggest bullies is a really huge star.”

Whoa! She did not, however, drop any names, sadly. She did give some hints, though, mentioning that it’s “kind of weird to see them, they’re doing huge franchise movies.”

Oh really? Let’s put a pin in that for now and keep looking for clues…

If you’re thinking it’s weird that Christy — who was already a star when she was young — got bullied, she has news for you — it happens to everyone. She explains she was a “geeky, very nerdy, very lanky, big teeth that needed braces kind of theater kid” with no social skills. She says she got nicknames like “Bucky Beaver” because of her big teeth and AAA (triple-A) “because I was pretty flat chested.”

Even after finding success on Broadway and TV, she “felt like a total nerd.” So the bullying continued — and got worse under the bloody reign of one particular mean girl. She describes:

“So basically in high school, there was a girl who was already famous when she came into my grade. It was 8th grade that she came in and she was part of the class until we graduated together.”

The celeb bully was total Regina George energy, taking over the school:

“I kind of felt like there was this movement around this person that didn’t feel genuine and it was this strange strategic shift.”

She says they were friends… at first. Then she started to feel like the “odd man out” in their friend group:

The subtle cold shoulder turned into a palpable mistreatment. She continued:

“I noticed that the other people were reacting really poorly to me too, so I’m not sure if there were things that were being said, but overall, I kinda realized I was the nerd of the class.”

Thankfully she was able to get some kind of closure with the huge star, as she recounted:

“Weirdly enough, that person who’s a mega, mega star, I saw that person out at the Chateau Marmont, I looked at this person and said, ‘Hey do you remember me?’ They said, ‘Oh, yeah, yeah, yeah, good to see you.’”

Despite their history, the former bully “seemed genuine” and they had a good talk.

“Something about the tone of the conversation felt good. I feel as though I can put closure on that moment, because I think if you can put closure to it, you should. You should find peace wherever you can.”

However, she says, even though they’ve “squashed the beef,” having been bullied “still sucks.”

Now that she’s a parent, she’s looking back at her experience in school very differently, as she says:

So… who was it doling out that trauma?

Well, Christy’s fans put together the facts, and the deets she dropped narrowed it down quite a bit.

The consensus seems to be the only person who fits the description is Scarlett Johansson!

ScarJo attended that school and is almost exactly the same age as Christy. She already had starring roles in indie films like Manny & Lo and that was right about the time her first big movie, The Horse Whisperer, was coming out. And of course, the rest is a perfect fit.

So, does the Avengers star strike YOU as someone who could have been a real mean girl in high school?

Ch-ch-check out the full video, in which Christy also teases another famous bully from her college years (below)!

What do U think, Perezcious readers? Does it seem like it has to be ScarJo? Or is there someone else that fits the bill that fans aren’t thinking about?