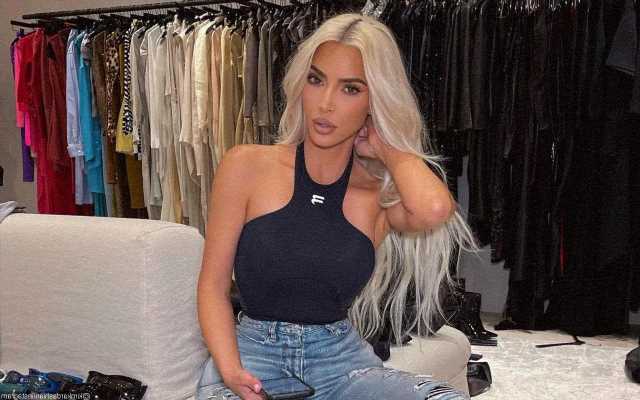 According to a legal document, the ‘Keeping Up with the Kardashians’ alum’s security team has intercepted over 80 letters containing several ‘disturbing sexual references’ about her.

AceShowbiz –Kim Kardashian has been forced to file an emergency restraining order against an alleged stalker. “The Kardashians” star was reported to have taken out the court order after the man allegedly threatened to kill her and her family.

In the court documents obtained by TMZ, it was explained, “The person has made several alarming threats, including threatening to kill her family and bomb her business offices.” The outlet went on to claim that the reality star’s legal team stated in the documents that her security team has intercepted over 80 letters containing several “disturbing sexual references” about her.

The letters were said to have been sent to the SKIMS founder by the man, identified by TMZ as David Resendiz. It was further noted that she has received 30 of them in the last month alone.

Kim is currently dating Pete Davidson. While it was alleged that the documents do not mention the “Saturday Night Live” comedian specifically, The Blast additionally reported that the mother of 8-year-old North, 6-year-old Saint, 4-year-old Chicago and 3-year-old Psalm said the individual had lashed out at those with whom she has “intimate relationships.”

The ex-wife of Kanye West previously had to deal with a seemingly unrelated incident of stalking. Back in 2021, Nicholas Costanza sent the 41-year-old reality superstar a diamond ring and a morning-after pill. In the wake of the incident, she managed to obtained a five-year restraining order against him.

Nicholas himself was eventually charged with felony stalking after breaching the order and attempted to jump the gate and get into the grounds of her San Fernando mansion. He was arrested on October 19, around four months after Kim was granted a five-year restraining order against him.

David and Nicolas were not the only stalkers Kim has restraining order against. In late May 2021, the former “Keeping Up with the Kardashians” star also won a protective order against a man called Charles Peter Zelenoff. She claimed that he has been harassing her for months and “has been expressing his desire to pursue a physical relationship” with her.