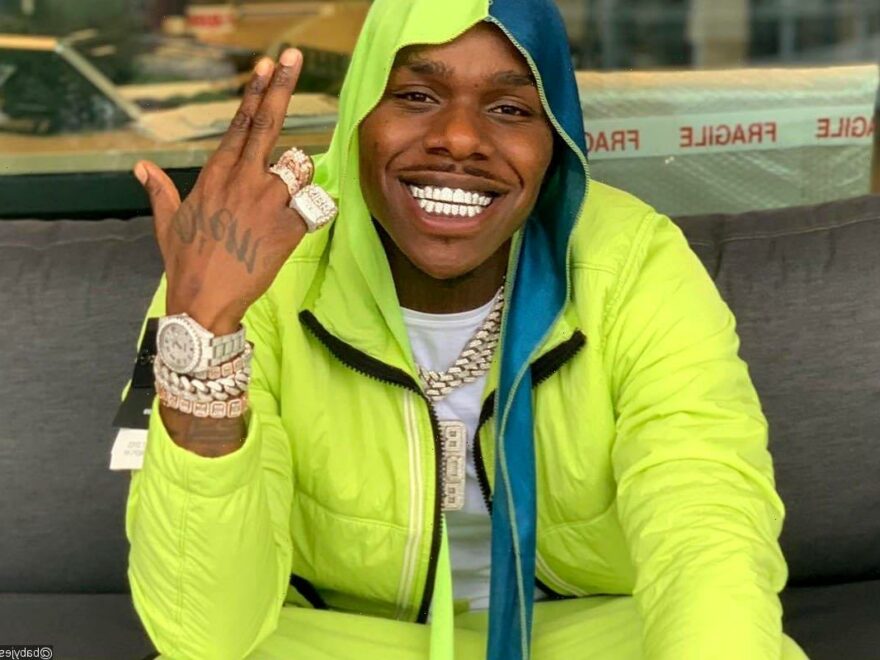 Twitter users have mixed reactions to a video of the Grammy Award-winning artist throwing money on people in the African country, after he claims that he has to pay to leave the country.

AceShowbiz –DaBaby‘s generosity isn’t that well accepted in Africa. The hip-hop star has faced backlash after he made it rain in Nigeria, where he recently went to to film a music video with Afrobeat superstar Davido.

In a video which has gone viral, the “Suge” spitter was in a car which was surrounded by folks, including paparazzi and local people who were expecting him to splash out some cash. “Baby what you about to do?” a person who filmed DaBaby asked him in the clip.

“They told me to show love,” he responded, as he started running his fingers through some money. “I’m about to show love and give back.” The Cleveland native then pulled his upper body out of the open window and threw money into the crowd, sending them scattered to collect the money.

Upon watching the video, some people were not impressed. “I find this s**t so disrespectful like bro if you really are doing it to help out you can just hand it out don’t need to throw it,” one person reacted. Another called him out, “if he throws that money, I swear if he throws that mon-‘ and he f**kin did. Corny a**, empty headed a** n***a ! Pissin me off.”

A third explained, “People need to stop treating Africa like a big as charity case and start seeing those ppl as what they are… HUMANS. Don’t throw money at them and let them chase it like some animals like dude come on. U wanna help? Invest in their schools or small local business. Anything but that.”

Agreeing, a fourth Twitter user weighed in, “not to be a hater… rlly i don’t wanna be one but has any of these people thought to invest in infrastructure that will uplift the community instead of throwing bills at people like they were throwing bread at ducks?? not tryna be a hater tho but.”

“Going to someone’s country to throw money and watch them scramble for it is crazy work,” another opined, while someone else added, “He could have just handed it out instead of treating them like strippers lmao.”

Some others, however, think there’s nothing wrong with DaBaby’s act since it’s a common practice in the country. “Look I do not like dababy but it is pretty common to throw money in Nigeria, even at rich folk parties and stuff,” one person argued. “I don’t like that he did it tho considering he’s not Nigerian and it feels downgrading but otherwise it’s a Nigerian thing lol.”

Another defended the rapper, “You guys are just pretending to be offended atp cause normal people do this in Nigeria. It’s a normal thing don’t try to shame dababy.”

Meanwhile, one person claimed that DaBaby didn’t even give away that much to the local people, saying, “Does that last bill that’s showing the back have a 5 on it .. their biggest bill is 1000 naira which is $2.41 so he possibly just threw like $40.”

Prior to the criticism, DaBaby claimed that he was extorted at the airport. Sharing a video of him seated on the aircraft, he captioned it, “Boy I done had to pay the whole airport off to make this flight.” It’s not clear though why he wasn’t able to leave Lagos.