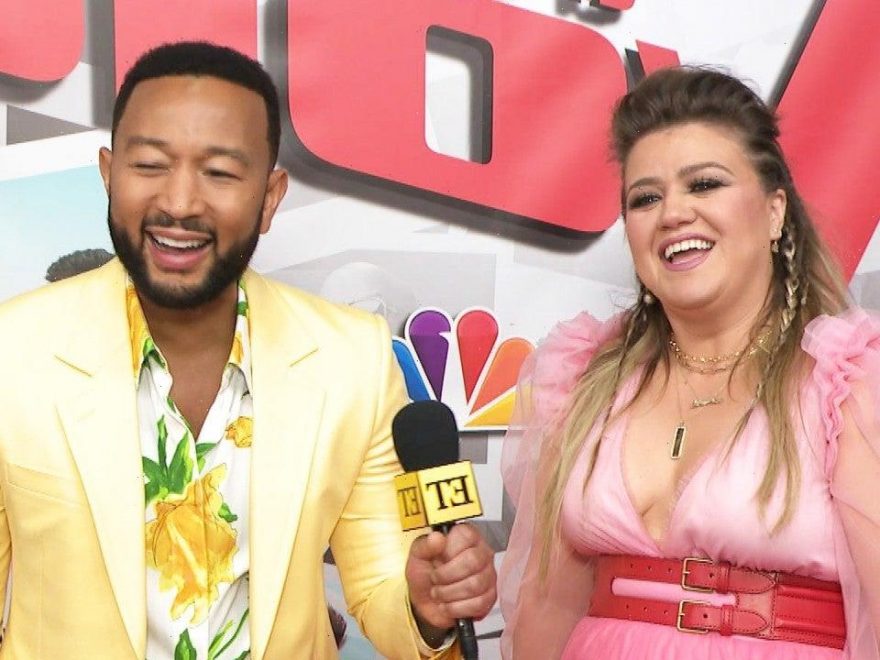 Seems like the coaches of The Voice can get competitive about more than singers!

ET’s Cassie DiLaura spoke with Kelly Clarkson and John Legend ahead of Monday’s live show, where Kelly poked fun at John and wife Chrissy Teigen for “setting the bar” with a recent birthday party for their daughter, Luna, who turned 5 in April.

“On the way out, I was like, my daughter’s birthday is next month, so thank you for the bar that was just set,” Kelly joked of daughter River, who turns 7 in June. “There was a pony, a mermaid!”

“River was taking notes,” John added with a laugh.

While the competition is fierce when The Voice is taping, it’s all fun and games for the coaches off-stage. In fact, a post-finale tradition has even started to develop over the last few years.

“We do a dinner on the last night of the lives,” John said of he and Teigen hosting his fellow coaches in pre-pandemic times. “It’s the opposite of a party, though, it’s so chill. We just have dinner and have a glass of wine.”

“There better be a damn pony, Legend,” Kelly joked of this year’s, noting that even Blake Shelton is game for the festivities. “He’s sophisticated sometimes.”

‘The Voice’: Kelly Clarkson Gets Emotional Over Contestant's Performance of Her Song

‘The Voice’: Kelly Clarkson Gets Emotional Over Contestant's Performance of Her Song

As for how they feel about their teams heading into Tuesday’s eliminations, Kelly said she’s got a “strong” feeling about her artists, though John noted that the decision is now up to the viewers’ vote.

“I feel like I have some great people,” he admitted. “But America is going to vote for what they want, and we are going to go out there and give them the best performances we can.”

In addition to their coaches, The Voice’s season 20 contestants have also had the help of their Mega Mentor: rap legend Snoop Dogg! ET spoke with Snoop while he worked with singers during the Knockout rounds, and the legendary rapper shared how excited he was to help coach the teams and impart his own experiences on the up-and-coming stars. But, while he had thoughts on each of the season 20 coaches, Snoop wasn’t playing favorites!

“It’s hard to say which team that I like working with the best, because there’s so much talent inside of each team,” he marveled. “Each team has some unique singers and some unique artists that could possibly make it past the show. I know only one person’s gonna win, but it seems like there’s about six or seven record deals up in here.”

The Voice airs Mondays and Tuesdays at 8 p.m. PT/ET on NBC. See more from season 20 in the video below!