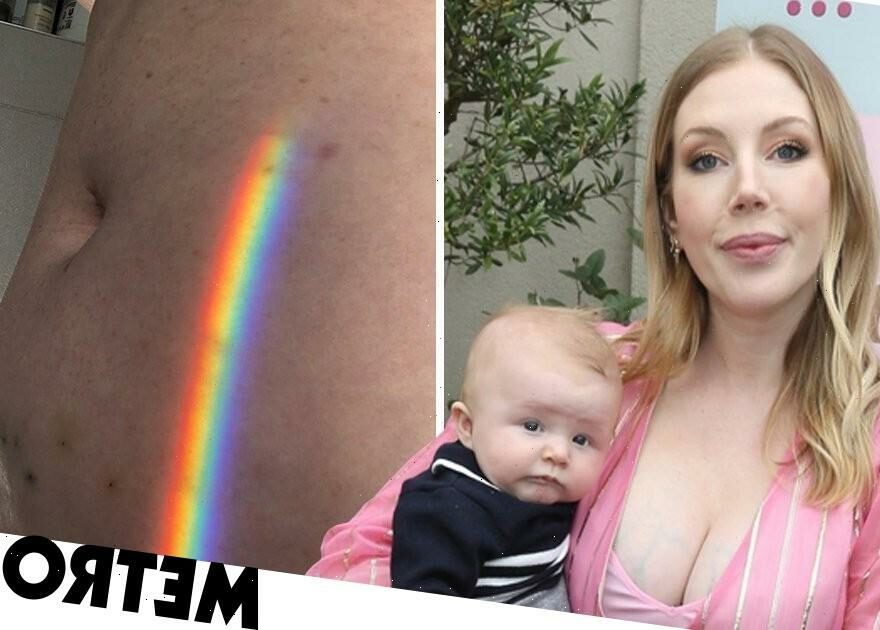 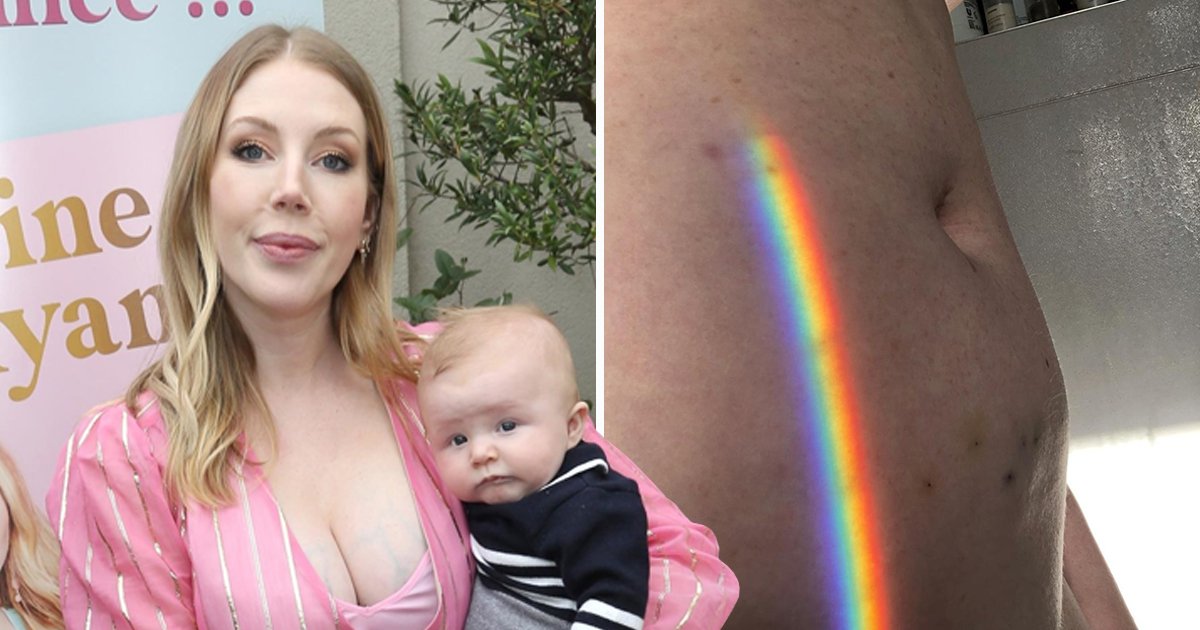 Katherine Ryan has shared a powerful shot of her stomach with a rainbow reflected on it, as she looked back at her journey to getting pregnant with her baby son Fred.

The comic, 38, gave birth to her second child in June 2021 just weeks after revealing she was pregnant, but has shared that the journey to having a second baby was not an easy one.

Sharing a photo of her stomach with pinprick bruising along the bottom and a rainbow reflection shining onto it, Katherine wrote: ‘*TW – pregnancy loss*.

‘A year ago, exactly two months after losing our second pregnancy at 13 weeks, I saw this light in the shower and took a pic because I knew it was Fred.

‘I’d been taking steroids and blood thinner injections as part of Dr Shehata’s groundbreaking miscarriage treatment since our last loss.

‘During #pregnancylossawareness month, I hope your non-linear journey proves to be a happy one in the end. Push for your own answers if you want them and may your grief be gentle and short lived. Xx.’

As well as Fred, who Katherine shares with Bobby Kootstra, her former boyfriend who she rekindled her relationship with, she also has a 12-year-old daughter called Violet.

She previously revealed that the reason she waited so long to announce her pregnancy was due to having suffered pregnancy loss before.

Katherine told Metro.co.uk: ‘It was almost a Kylie Jenner-style reveal. I wasn’t trying to make it not news or make it news, I wasn’t really thinking about that.

‘I think because we’d had trouble before. We were like, “oh, let’s just not mention it.” I just didn’t mention this pregnancy, because I’ve been unlucky before.

‘You wouldn’t believe how many studios and how many rooms you could walk into, very clearly in your third trimester of pregnancy, and people are very well trained now, they just don’t mention it and I just kept working.’