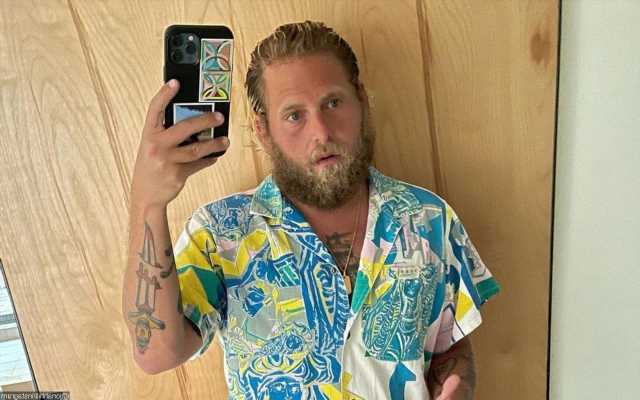 After making his plea on Instagram, the ’21 Jump Street’ actor finds himself showered with support from his famous pals, including Aidy Bryant, Tess Holiday and Daniel Franzese.

AceShowbiz –Jonah Hill has “kindly” asked fans to stop commenting on his body. When making his plea on his social media account, the “21 Jump Street” actor explained that what they’re doing is “not helpful” for him.

The 37-year-old shared his message on Instagram on Wednesday, October 13. “I know you mean well but I kindly ask that you not comment on my body,” he wrote. “Good or bad I want to politely let you know it’s not helpful and doesn’t feel good. Much respect.”

Jonah’s post has since been flooded with positive comments from his famous friends. One in particular was actress/comedienne Aidy Bryant, who left a green checkmark emoji. Model Tess Holliday wrote, “THIS [several 100 emojis].” Actor Daniel Franzese, meanwhile, sent out a single fist emoji.

Jonah previously got candid about his past insecurities. In March, he shared on Instagram a screenshot of paparazzi photos which showed him shirtless after going surfing in Malibu, California. He first kicked off his caption, “I don’t think I ever took my shirt off in a pool until I was in my mid 30s even in front of family and friends.”

“Probably would have happened sooner if my childhood insecurities weren’t exacerbated by years of public mockery about my body by press and interviewers,” the two-time Oscar nominee continued, before saying that he can finally “love and accept myself” after years of struggling with self-esteem. “So the idea that the media tries to play me by stalking me while surfing and printing photos like this and it can’t phase me anymore is dope. I’m 37 and finally love and accept myself.”

Near the end of the post, “The Wolf of Wall Street” star elaborated, “This isn’t a ‘good for me’ post. And it’s definitely not a ‘feel bad for me post.’ It’s for the kids who don’t take their shirt off at the pool.” He then concluded, “Have fun. You’re wonderful and awesome and perfect. All my love.”