It’s been a year since John Cena stepped inside a WWE ring – but don’t consider him retired. The ‘F9’ star said his wrestling career is far from over.

The last time the WWE Universe saw John Cena compete was at WrestleMania 36 in March 2020, when he lost to Bray Wyatt in a “Firefly Funhouse” match. Since then, John, 44, has been more focused on his surging acting career, but don’t think the 16-time world champion has hung up his jorts for good. “I will absolutely return to the WWE,” John said while speaking to EXTRA in support of F9. “I’m just not certain when.”

“And that’s a great, difficult problem to solve because these opportunities are coming about,” John said, referencing all his new projects and acting roles. “Due to the constraints of movies, they do not allow you – like, when you’re filming a movie, a big-budget movie like Fast, you can’t say, ‘hey, on the weekends, can I go put my body at risk?’ They don’t let you do that. I’ve been fortunate enough to go from one opportunity to the next, to the next, to the next – and with the success of F9, good things are happening more often. And I really want to take advantage of these opportunities.” 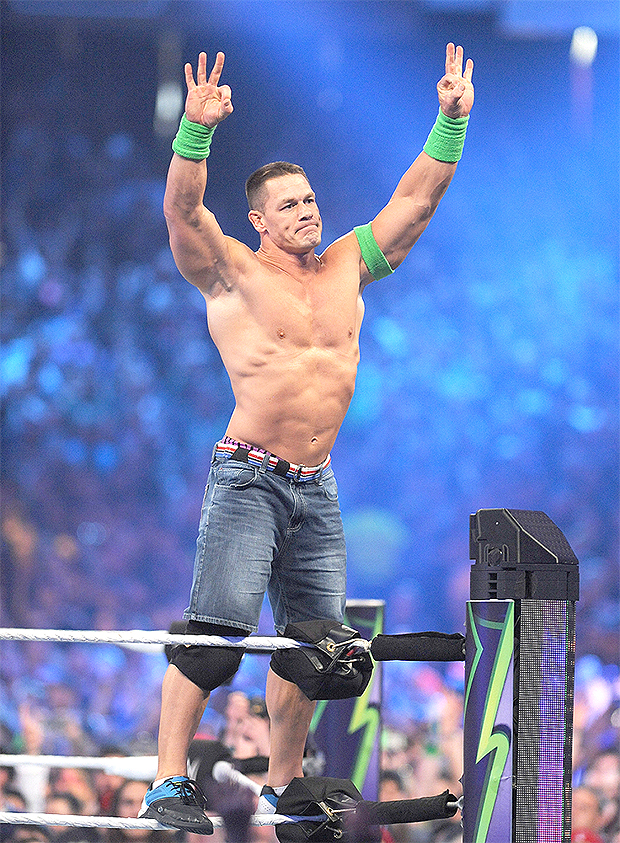 Those opportunities have included F9, the upcoming James Gunn-helmed The Suicide Squad (and Pacemaker, a spin-off TV series featuring John’s Suicide Squad character), the comedy Vacation Friends (featuring Lil Rel Howery, Lynn Whitfield, and Meredith Hagner), and Snafu, a 2020 action-thriller that sees John star alongside Jackie Chan. Though John’s movie career is booming, he hasn’t forgotten how the WWE made him a star, and he vows he will be back. “I’ll make [my return] a fact instead of a rumor. I just don’t know when.” 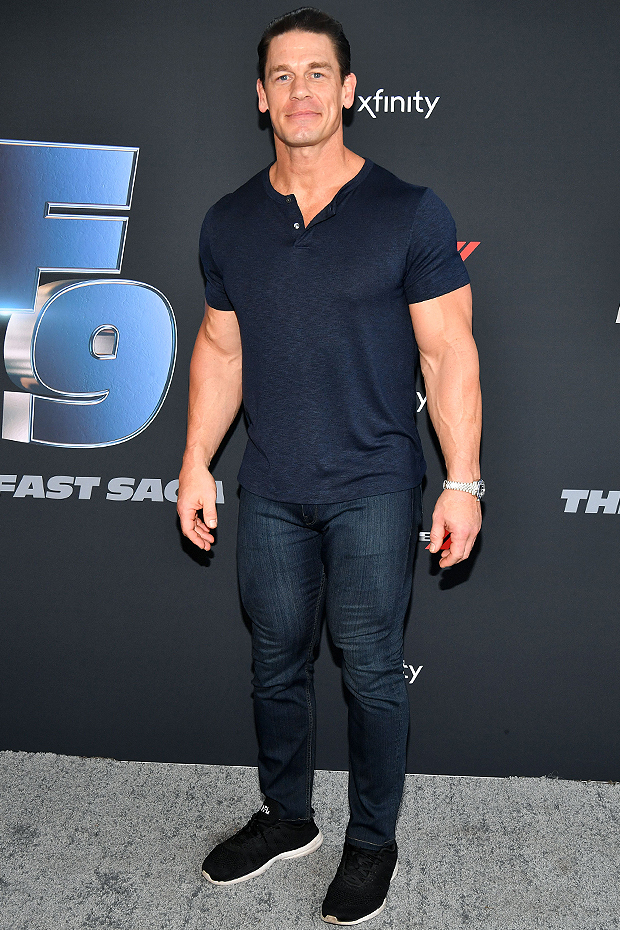 John is pretty good at playing coy, so he might not be telling the complete truth about his return. There is a long-simmering rumor that John will face current WWE Universal champion Roman Reigns at SummerSlam on August 21 at the Allegiant Stadium in Las Vegas. The wrestling news Twitter account @WrestleVotes reported on June 9 that the WWE is “100% attempting to make SummerSlam this year’s WrestleMania,” and that they believed the WWE wants “Reigns vs. Cena to headline.”

While Cena was speaking with Tara Hitchcock of TaraOnTv.com (per Bleacher Report), the host asked John if he had any plans for August 21, the day of SummerSlam. “Hopefully, enjoying the summer,” John replied. “I don’t know.” Filming for Peacemaker reportedly ends in early July, which means John could get ready for a return in late August.