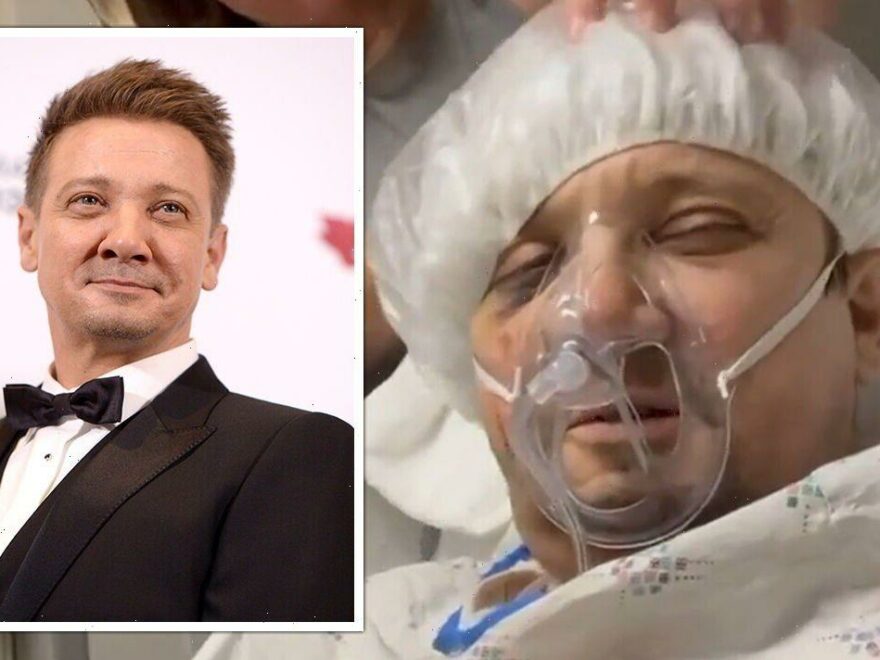 On January 1st, Hawkeye star Jeremy Renner, 52, was involved in a horrific snow plough accident after trying to clear the area around his Lake Tahoe home. His neighbours rushed to the actor’s aide and called 911, the audio of which has now been released.

As 2022 ended, Jeremy’s home area experienced a significant amount of snowfall and the star decided to take matters into his own hands.

While clearing the snow away from his Lake Tahoe home, to free a trapped family member inside, the actor was run over by his snow plough.

Jeremy’s neighbour was the first on the scene and dialled 911 in a bid to get the actor the life-saving treatment he clearly needed.

Entertainment Tonight received the audio of the emergency call, wherein Jeremy’s neighbour tried to explain just what had happened.

The extent of Jeremy’s injuries were epitomised as his neighbour told the dispatcher: “We just need someone here right away with life-saving techniques.”

They continued: “He got crushed underneath it, yeah.

“There is a lot of blood over here so you need to get someone over here immediately.”

They noted that it looked as though Jeremy’s ribs “might be crushed” and that he had a nasty head wound too.

As the call went on, the Mayor of Kingstown star could reportedly be heard in the background moaning in pain.

The actor was then reportedly airlifted to a nearby hospital almost an hour after the first call was made.

The actor suffered chest trauma and orthopedic injuries and had to undergo emergency surgery according to a statement issued by his publicist.

While fans were told he was in “critical but stable condition”, their worries were only truly put at ease on January 3 when the star himself returned to social media.

Jeremy simply posted a selfie, showing his battered face as he lay in a hospital bed with oxygen pipes snaking into his nose.

At the time Jeremy declared he was “too messed up now to type” but thanked everyone for their support.

Last Friday he shared another update, seemingly more energetic and less “messed up” this time round.

He posted a video of himself being taken into a room by a nurse on his Instagram story and captioned it: “I wish you all a very special night.”

On his 52nd birthday, Jeremy shared an even more special update from his hospital bed once again.

He posed, surrounded by the ICU team caring for him through his recovery, thanking them for their help through “this journey”.

Finally on Monday, shortly after he posted about missing his “happy place” in Lake Tahoe, the actor was sent home to continue his recovery.

Jeremy celebrated his return by watching the latest season of his show Mayor of Kingstown, which premiered over the weekend while he was still in hospital.