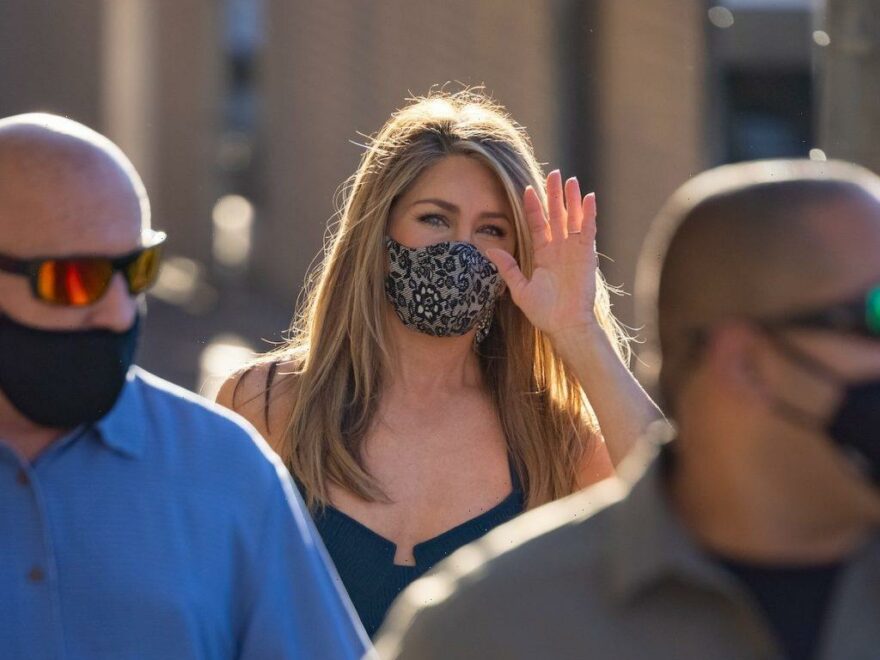 Since she rose to fame as Rachel Green on the hit TV show Friends, Jennifer Aniston has inspired millions of crushes. She’s also caught the attention of her fellow celebrities over the years. After two failed marriages to actors, Aniston, who enjoys her privacy, hopes to go in a new direction. Now, the 52-year-old says she hopes to date outside of her celebrity social circles.

Jennifer Aniston has had several high-profile relationships and breakups

It seems like just yesterday that Aniston and her first husband, Brad Pitt, tied the knot. Fans hoped they would be together forever. Despite at least one confirmed affair from her spouse, it’s “not in her nature to give up or be negative,” according to one source, via Us Weekly reports that a source says.

Following her first divorce, Aniston found herself in a short-lived relationship with Vince Vaughn. Fans were ecstatic to see her so happy. She then embarked on an on-again, off-again relationship with singer John Mayer. When they broke up for good, he said he would “always be sorry that it didn’t last.”

In August 2012, Aniston announced her engagement to Justin Theroux. Despite divorcing in 2018, they have always expressed support for one another. A notable element of Aniston’s life is that she’s always wanted to have children. For now, she dotes on her three beloved dogs, according to the Daily Mail.

Aniston hopes to date someone ‘not necessarily in the industry’

Let’s be clear: Even though she has had a number of high-profile relationships, Aniston hasn’t necessarily been as lucky in love. Although there is no way to know for sure if it is because she has dated such famous people, it seems like the iconic actor is looking to change things up a bit.

According to People, she might avoid dating another celebrity. “I’m sort of hoping for is not necessarily somebody in the industry itself,” she elaboared, adding, “That’d be nice.” This strategy makes sense; it’s hard to grow without change.

In the past, Aniston has spoken up about how the media can be quite intrusive. It could be that a relationship with someone not in the spotlight is just what Aniston in order to stay under the radar and enjoy things on her own terms.

Art imitated life when Aniston starred on Friends. Not only did Ross lust after Rachel for years, but it turns out that David Schwimmer had a “major crush” on Aniston in real life.

How does she feel about that? According to Yahoo, when Aniston was asked about it during the recent Friends reunion, she actually said, “That was bizarre. I could not believe that, actually. Like, really? That’s my brother! But I understand it, though. It just shows you how hopeful people are for fantasies for dreams to come true.”

We hope that Aniston finds exactly what she is looking for, and gets to live her happily ever after.