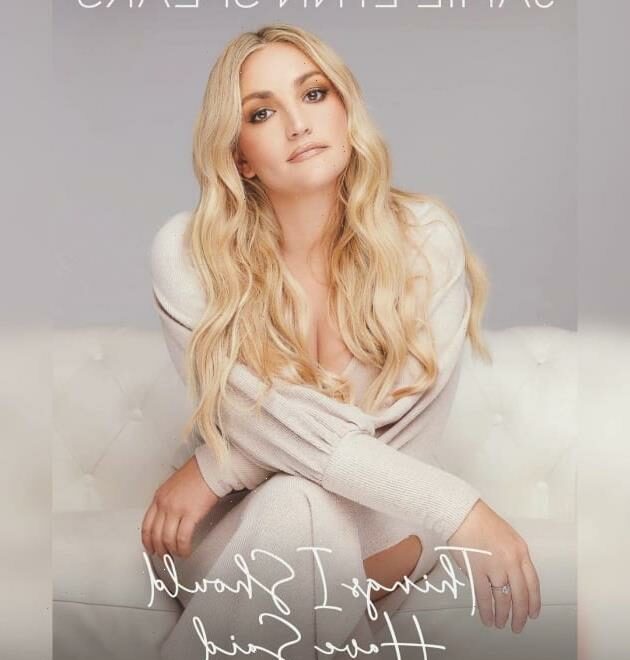 Suffice it to say that the “hype” tour to promote Jamie Lynn Spears’ book could be going better.

Sure, everyone knows that it exists, but almost every discussion of the book involves accusations of lying and her complicity in Britney’s conservatorship.

Jamie Lynn is continuing to try to change the narrative, almost walking back her recent incendiary claims.

In the process, it sounds like she’s making Britney’s struggles all about her. But Jamie Lynn also has some shockingly valid commentary.

Jamie Lynn Spears spoke to Alex Cooper on the Call Her Daddy podcast.

Part one of the interview has already released, covering — or fleeing from — a litany of topics.

She’s not doing herself any favors … and, at times, it sounds like Jamie Lynn is contradicting her own book.

Interestingly, Jamie Lynn did seem to make a decent attempt at keeping Britney’s name out of her mouth.

It’s not that her older, more talented, more famous, more liked sister didn’t come up — of course she did.

Jamie Lynn just didn’t name-drop her to the extent that one might expect, given that Jamie Lynn’s whole brand has been hitching a ride on Britney like a remora.

In her heatedly disputed book, Jamie Lynn claims to have observed behavior in Britney that was “destructive” and reminded her of their father.

In the interview, however, Jamie Lynn characterized Britney’s early adulthood behavior as “normal” and age-appropriate.

Simply calling it Britney’s “party stage” in life, she added that it was “fine.” It’s true, but that’s not exactly how the book framed it.

However, in the interview, Jamie Lynn seemed to reframe what happened as being about how it impacted her emotionally.

She presented it as just another incident — perhaps even an understandable one — that she was not allowed to have feelings about until later.

“I think that this was a brilliant young woman who was going through a hard time,” Jamie Lynn said.

“If she couldn’t stand up for herself, then somebody should have,” she correctly added.

“I wasn’t an adult then, I couldn’t,” Jamie Lynn noted. “Somebody should have said, stop the f–king presses, give this girl a minute.”

“That was probably the best time in my whole family’s life,” she assessed in the saddest imaginable way.

In contrast to her father’s alcoholism, Jamie Lynn commented: “being around my sister’s boyfriends, it imitated what I felt was, like, safe.”

Jamie Lynn recalled when she became pregnant as a teenager, which was handled by a “team” managing her and her mother.

This is how they were shipped off to a cabin in the middle of nowhere, simply doing as they were told and being kept in the dark.

While that crisis was kept under wraps, Jamie Lynn had no idea what was going on with her big sister — and the lack of awareness was mutual.

While Jamie and Lynne were “helping” Britney, Jamie Lynn had to find out from a high school friend who showed her pics of Britney’s infamous buzz cut.

In the years since, we have all come to understand that Britney’s breakdown was largely the result of intense pressure and almost no control over her life.

Every day, whenever she left the house, other people managed her hair. Trimming it off was her one way of taking control.

But Jamie Lynn didn’t have anyone to explain that to her when it happened.

She was left to process this alone, without her sister or either of her (toxic) parents to help.

In the interview, Jamie Lynn admitted that there are many things from that time that she does not remember, even when she sees photos.

Britney’s crisis at that time ended in a monstrous conservatorship that spanned nearly fourteen years of her life.

Jamie Lynn had almost the opposite experience.

Bucking under the constant control and micromanagement of her “team,” she came up with an idea — legal emancipation.

Jamie Lynn presented the idea and paperwork to her parents, noting the possible loophole — marrying her babydaddy.

Of course, if she married him without a prenup, she could potentially lose a tremendous amount of money in a divorce.

For that reason, her parents decided to grant her independence, letting her have her own house as a minor — anything to protect her money.

Jamie Lynn also insisted that her book was never going to be titled “I Must Confess,” an obvious reference to her sister’s lyrics.

According to her, this was all some huge misunderstanding after some seemingly random placeholder leaked and spiraled out of control.

While Jamie Lynn’s descriptions of her parents are very consistent and believable, this book title claim is … possible but dubious.

We will say this much: after listening to Jamie Lynn, we do feel sorry for her.

She and Britney both deserved better parents than they got. Every child deserves love, support, and healthy stability.

But no matter how awful and unworthy her parents, Jamie Lynn is responsible for who is hurt by her actions — and book — as an adult.

Perhaps the backlash from Britney and others has served as a wakeup call.

Or perhaps her softened tone is just self-preservation.

Only time will tell.