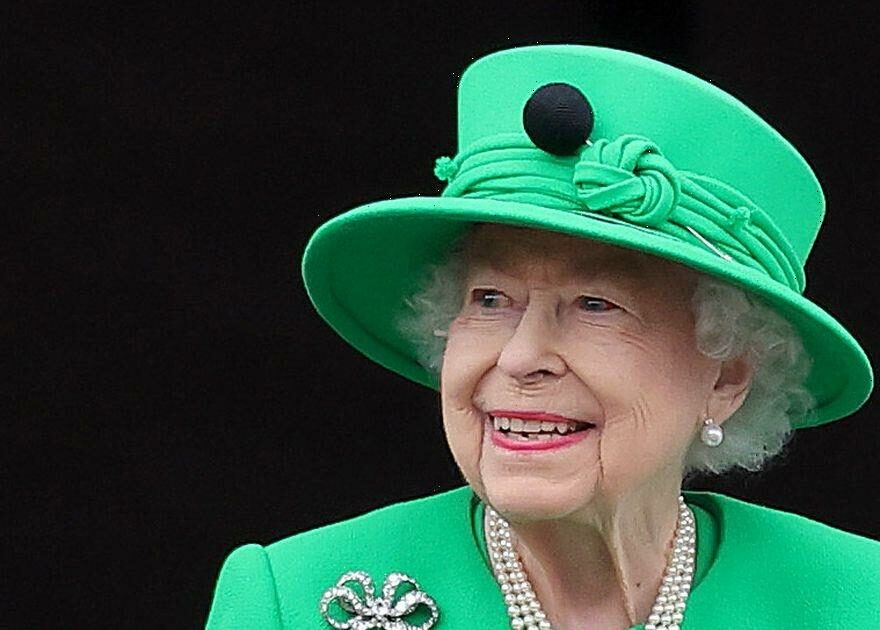 Celebrities up and down the country have flocked to social media to pay tribute to Her Majesty Queen Elizabeth II following her death at the age of 96.

The Queen passed away on Thursday 8 September, following several months of health and mobility issues, which forced her to miss numerous engagements.

Announcing the news in a statement, Buckingham Palace simply shared: "The Queen died peacefully at Balmoral this afternoon. The King and The Queen Consort will remain at Balmoral this evening and will return to London tomorrow."

Now, Royal fans and celebrities alike have paid emotional tributes to the late Queen, praising her for her devotion to the United Kingdom and the Commonwealth realms over the past 70 years.

This Morning presenter Holly Willoughby, 41, immediately flocked to her Instagram to share a heartfelt tribute as she wrote: "Thankyou for your lifetime of service and humble commitment to duty…" with a broken heart emoji.

Fellow TV host Lorraine Kelly, 62, was quick to follow as she posted a snap of the moment the Queen honoured her an OBE. Over this, she simply wrote: "So sad."

While their former colleague Piers Morgan, 57, said: "BREAKING NEWS: RIP Her Majesty Queen Elizabeth II, 96. The greatest Monarch in history, and the greatest of Britons. Dignified, humble, wise, stoic, and dedicated to duty & service to the country she loved. Thank you for everything, Ma’am. We will be forever indebted to you."

And Amanda Holden, 51, emotionally wrote: "I think we all thought our Queen would live forever…Her grace ,good humour and indomitable spirit.. embodied everything that made Great Britain , Great . I just can’t imagine our country without her ..

"My thoughts are with her family #godsavethequeen".

Love Island star Amy Hart, 30, also posted a message following the sad news as she shared: "The definition of service. What a lady, what a reign. Thank you your Majesty." followed by a red heart emoji.

Fellow Love Island alumShaughna Phillips, 28, added: "Thank you, your majesty," with a red heart emoji, too..

Molly-Mae Hague, 23, also took to her Instagram stories, where she wrote: "What a heartbreaking day: Rest in peace Queen Elizabeth," with a white heart emoji.

Gemma Owen's dad Micheal, 42, meanwhile, shared: "RIP to Her Majesty Queen Elizabeth II Thank you Ma’am for your lifetime of service and dedication."

TOWIE's Liam Gatsby said Her Majesty was like a "grandmother to us all" in a sweet message as he wrote: "Rip to the Queen. Weirdly you was like a second grandmother to us all and I don’t know a world without you. Sad day for the country and the World [broken heart emoji] you will be sorely missed lots of love – Gatsby x," followed by the British flag.

Ferne McCann, 32, shared: "I’m deeply saddened to hear about our Queen’s passing. She has always been a profound inspiration to me and so many others as one the World’s most iconic women. Her legacy will endure and no doubt continue to inspire generations to come. My condolences to all her family and to everyone affected by this very sad loss," with a heartbroken emoji.

Kerry Katona, 42, then shared a snap of the Queen in a purple outfit, before captioning it: "There will be no other! GOD SAVE THE QUEEN! Rip".

Rebekah Vardy, 40, also wrote: "What a special lady! May you rest in peace," with a crown emoji and a red heart emoji.

Ozzy Osbourne, 73, shared his condolences as he penned: "I mourn with my country the passing of our greatest Queen,” the Black Sabbath frontman wrote on Twitter, sharing a picture of the monarch.

“With a heavy heart I say it is devastating the thought of England without Queen Elizabeth II.”

JK Rowling, 57, described the monarch as “a thread winding through all our lives” during her seven-decade-long reign.

The Harry Potter author said the Queen had been an “enduring, positive symbol of Britain all over the world” and had “earned her rest”.

“Some may find the outpouring of British shock and grief at this moment quaint or odd, but millions felt affection and respect for the woman who uncomplainingly filled her constitutional role for seventy years,” she continued on Twitter. “Most British people have never known another monarch, so she’s been a thread winding through all our lives.

“She did her duty by the country right up until her dying hours, and became an enduring, positive symbol of Britain all over the world. She’s earned her rest.”

Stephen Fry, 65, admitted that he was “sobbing” following news of the death of the Queen.

In a separate post, he added: “I don’t know why I’m sobbing. Silly really. Oh dear.”

The Queen celebrated her Platinum Jubilee months before her death, making a limited number of appearances as she stepped onto the Buckingham Palace balcony for the Trooping of the Colour flypast as well as the lighting of the beacon.

Her Majesty wasn't able to attend every event though as she skipped out on the Party at the Palace, which saw performances from the likes of Queen and Adam Lambert as well as Sam Ryder.

Alicia Keys was also there and revealed how the Queen herself chose the entire setlist that she performed, including Alicia and Jay-Z's 2009 hit song, Empire State of Mind.

"Epic night at the jubilee!! Celebrating the Queen and all the Queens!!!!!" she wrote, before adding the lyrics to her song Girl On Fire: "She’s got her feet on the ground and she’s burning it down!”

But then, she shared the behind-the-scenes info with her followers, writing: "FYI: Every song was requested personally by the Queen. Even EMPIRE!! Big lovvveeee!!!!!"

While she may not have attended the event in person, she did make an incredible appearance starring in a short skit with Paddington Bear, which saw them bonding over tea.

Following the celebration, the Queen shared how deeply moved she was by the nation's support and took to her official Twitter page to share her appreciation.

“When it comes to how to mark seventy years as your Queen, there is no guidebook to follow. It really is a first. But I have been humbled and deeply touched that so many people have taken to the streets to celebrate my Platinum Jubilee," she wrote.

Her Majesty continued: “While I may not have attended every event in person, my heart has been with you all; and I remain committed to serving you to the best of my ability, supported by my family.

“I have been inspired by the kindness, joy and kinship that has been so evident in recent days, and I hope tis renewed sense of togetherness will be felt for many years to come.

“I thank you most sincerely for your good wishes and for the part you have all played in these happy celebrations.”