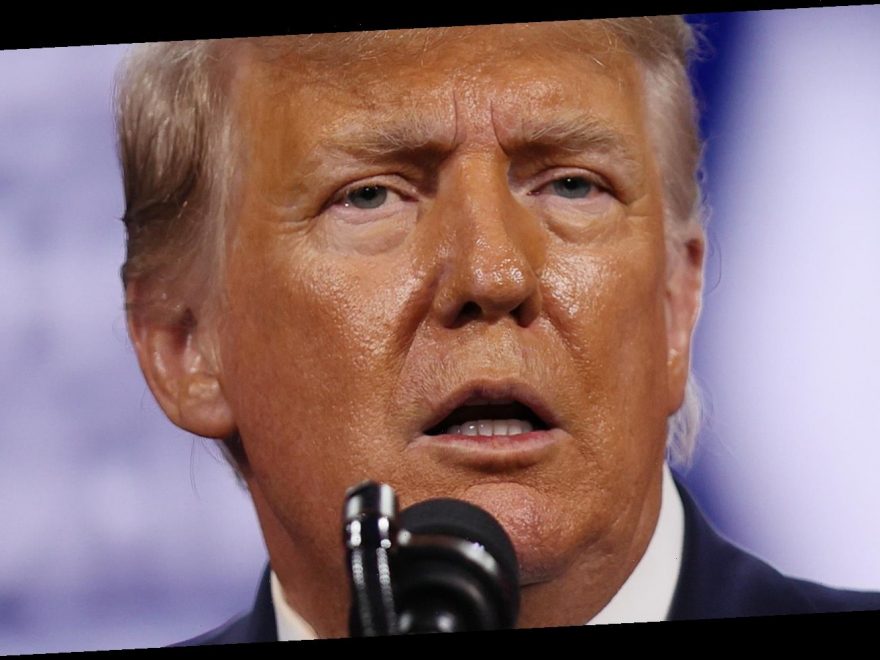 As a mounting amount of evidence has continued to indicate that the fortune of one-time real estate mogul and ex-President Donald Trump might be increasingly in peril — or even that the billions Trump has touted over the years might be much, much smaller than he has previously said — the state of Trump’s treasures hasn’t done much to aide in convincing otherwise. In March 2021 alone, Trump’s current residence at the Mar-a-Lago private resort and golf club, which also serves as his unofficial fundraising headquarters, was partially shut down after a number of employees tested positive for COVID-19. Shortly before the mid-March Mar-a-Lago closure, the twice-impeached president’s efforts to bar the release of his tax documents, as well as those of the Trump Organization, were swiftly kiboshed by the Supreme Court in February, leaving him vulnerable to a full-fledged investigation led by the Manhattan district attorney’s office over possibly illegal business dealings.

Now, a March 19 report by CNN and other outlets has some speculating whether or not the decline of the Trump empire and its purportedly decreasing coffers can be further evidenced by the supposed disrepair and disuse of one of his prized possessions: his private, gold-plated jet. So what’s the story behind Trump’s plane, which was once given the nickname “Trump Force One?” Keep on scrolling to find out.

Trump Force One is reportedly in a state of disrepair

According to outlets and networks like CNN, Donald Trump’s private Boeing 757 has been stationed at an airport located in New York’s Orange County, approximately 60 miles north of New York City, in a subjected, continuous state of disrepair. While the news network reported that the private plane has been housed there since Jan. 20, 2021 — the day of President Joe Biden’s inauguration — the overall state of the aircraft suggests that its advanced state of relative dilapidation might have to do with the decision, whether intentional or not, to leave it outside, rather than in an enclosed hangar.

According to exclusive footage taken by CNN and the analysis of said footage conducted by CNN aviation expert David Soucie and others who wished to remain nameless, the plane itself — including its “customized cream-colored leather seats, gilded bathrooms, the seat buckles layered in 24-karat gold” and that once served as a paragon of Trump’s dynastic wealth — is now a shadow of its former self and the luxurious bounty it flouted. Among its most pressing, needed repairs is an engine overhaul (one of two the 757 jetliner model is usually equipped with is reportedly missing key parts), and the enormous “TRUMP” decal that was once splayed across the outside of the planes cabin has been, by all accounts, removed. So why, then, has Trump seemingly abandoned his pride and joy?

As news network CNN summarized in its coverage of the fate of Donald Trump’s Boeing 757, the former president might have left his beloved, gold-plated Boeing 757 in an airport in upstate New York for a reason — in short, per the outlet, it’s a “money suck.”

The private jet, which Trump first purchased in 2010 (and five years before he announced his intentions to run in the 2016 presidential election), was, per a documentary on Trump’s private jet, originally purchased for a whopping $100 million, with tens of thousands more spent on redesigns, according to CNN. After the former real estate mogul launched his campaign, the media quickly nicknamed the jet, which served as his primary mode of transport, “Trump Force One.”

Unfortunately for the potentially financially beleaguered Trump, selling off the plane would only earn him back a fraction of the original price; per CNN, planes almost instantaneously begin to devalue once their purchases are finalized. And according to CNN aviation analyst David Soucie, the repairs themselves could cost well into the six-figure range or more. Per Soucie, “If the wear is serious, that could lead to replacing the engine and that could cost up to a million dollars.” On top of that, the amount of money per flight would only bolster Trump’s financial drain.