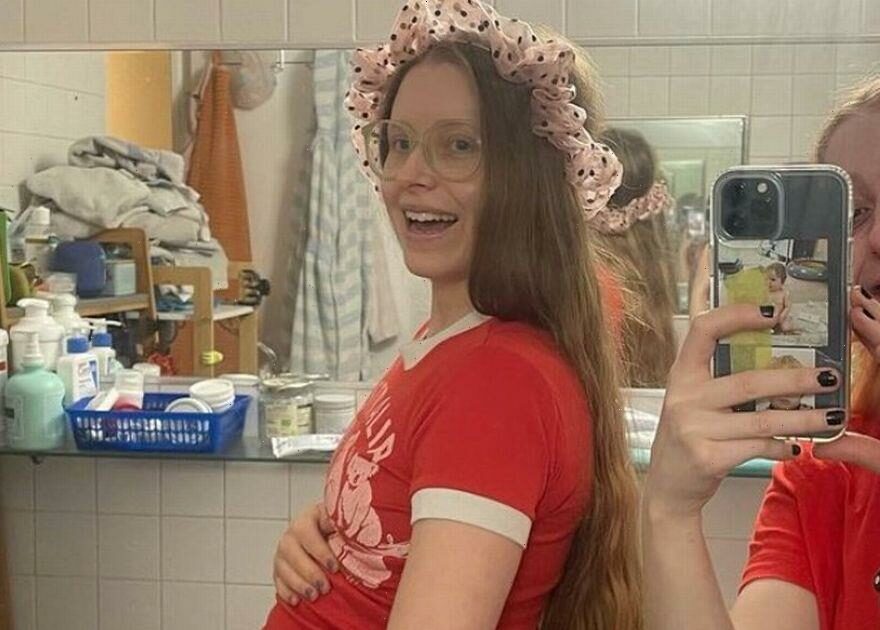 Jessie Cave has announced she’s pregnant with her fourth child.

The Harry Potter actress, who is known for her role as Lavender Brown in the blockbuster franchise, shared the exciting news on her Instagram page on Friday.

The 34 year old, who is also a comedian and regularly does shows at the Edinburgh Fringe festival, posted a cute snap as her sister Bebe Cave took a series of photos of her in the mirror.

Rocking her long blonde locks for the shot, Jessie grinned as she tenderly held her budding baby bump.

In the photos, Jessie had chosen a red T-shirt and black leggings, and her sister was pouting as she took the joyous photo from the side of the mirror.

The second shot saw the actress don a pink hair scrunchie as a halo, while in the third she put her arms behind her head.

Fans and friends flocked to the comments to congratulate the star.

"So sweet," a third fan gushed.

After noticing her three-month old baby had "suddenly turned", she rushed him to hospital and the newborn was only released weeks later.

Jessie also tested positive for the virus a couple of weeks after visiting her parents last Christmas.

The actress, who played Ron Weasley's obsessed love interest in Harry Potter and the Half-Blood Prince, appeared on Lorraine in at the start of this year to discuss the family's recovery, as Alfie also contracted the virus.

For all your latest updates on Harry Potter stars, sign up to OK!'s daily newsletter.