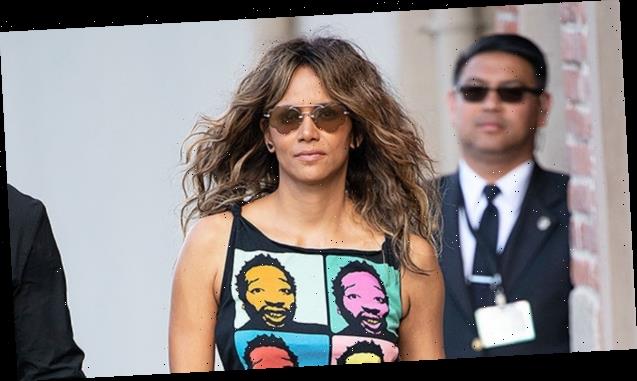 Halle Berry loves her ‘Fitness Friday’ and gave fans a look at her boxing workout, while sporting a grey sports bra and brown boxing gloves.

Any fan of Halle Berry knows she’s a total workout queen, so it’s no surprise she’s given fans a glimpse at her latest, intense boxing workout. The actress proved she means business in her March 26 snap, which showed her posing in a gym while donning a grey sports bra and black leggings. “Who wants this smoke?” she wrote in the caption. “p.s. @peterleethomas & I have curated a fitness program that takes #fitnessfriday to a whole new level.” The brunette beauty, who wore brown boxing gloves while standing in front of multiple punching bags, allowed her highlighted bangs to frame her face while pulling the rest of her tresses back.

“I see you didn’t come for play! #noted,” one fan commented, while another wrote, “Strong goddess.” When she isn’t sharing pics and videos of her intense workouts, the actress is posting super glam snaps. Halle was a big mood in her March 12 IG pic, which showed her max relaxing in her backyard. “giving a f**k didn’t go with this outfit,” she hilariously joked in the caption, making a referencing to her stunning ‘fit. Halle rocked a white, crochet dress with towering, white thigh-high boots. The mesh dress featured bell sleeves, and intricate black and white detailing near the hem. 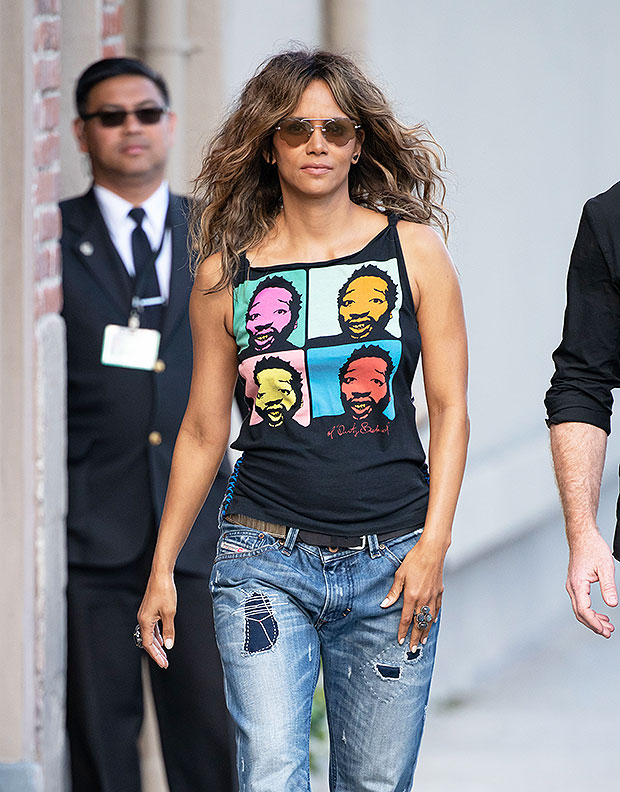 It seems the actress was inspired by the potential of her backyard as a photoshoot location, as it came just days after she posed for a different backyard photoshoot. The 54-year-old stunned in a Christian Siriano gown, and twirled while listening to Ariana Grande‘s song, “Just Like Magic”. She rocked a black, Cinderella-style skirt which featured a lot of tulle. She later gave fans an up-close look at the sheer black top, which was adorned with silver butterflies. She also pulled her highlighted honey tresses back into a stylish up-do. “looking for a red carpet moment,” she wrote, as she posed amongst the greenery. What a mood!