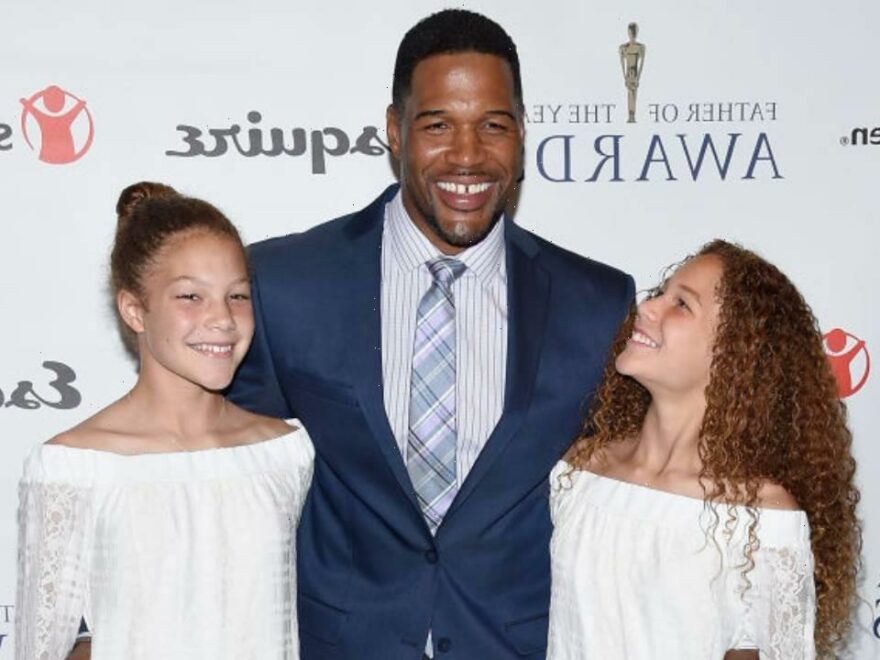 Michael Strahan might be wishing for time to slow down as his teenage daughters are growing up so fast! The Good Morning America star shared several images of one of his 16-year-old twins, Isabella, with their pet pooch Enzo on Instagram and fans were stunned.

In the photos, Isabella was amusingly attempting to pick up the hound who was wriggling in her arms. She was standing in the kitchen of their family home and grappling to keep hold of him.

Michael captioned the post: “Enzo loves hanging with his big sister, @isabella.strahan! I don’t think #Enzo has figured out he isn’t a little dog LOL. #KingEnzo.”

Isabella commented and wrote: “Bad photo, cute dog,” which sparked an influx of comments from people telling her how gorgeous her picture is.

Many couldn’t believe how much more grown-up she looks and urged Michael to treasure every moment with his children.

Isabella is growing up fast – and so is Enzo

The TV personality has four children, Isabella and her twin sister, Sophia, and two children from his first marriage, Michael Strahan Jr., 26, and Tanita, 29.

He knows how important it is to have a good relationship with his offspring and has spoken publicly about much his own father meant to him.

On Father’s Day this year, he paid tribute to Gene and also to his children with a heartfelt post.

Michael recently enjoyed a vacation with his daughters

“Today is a bittersweet day for me. The first #FathersDay without my hero, Gene Strahan, being with us,” Michael shared on Instagram, alongside four pictures of himself with his own children.

“I’m focusing on the sweet moments and everything my Dad taught me about being a man and a father. To Tanita, Michael Jr, Sophia, and Isabella, thank you for giving me the best job and title of all… DAD!”