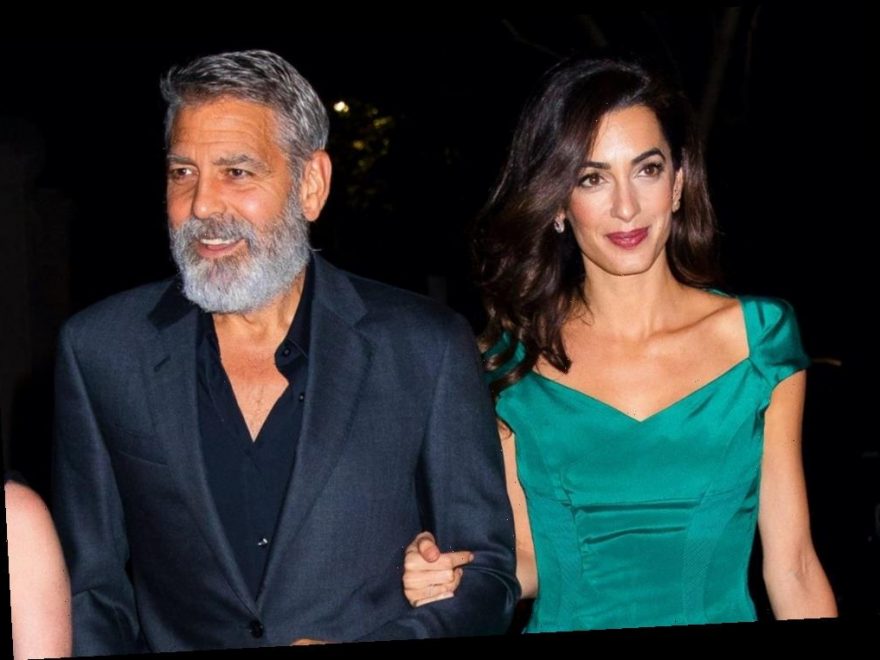 George Clooney had to find ways to pass the time in quarantine, just like the rest of us. When he wasn’t working on finishing edits for The Midnight Sky, he was revamping his house, doing chores, and spending time with Amal Clooney and their twins, Ella and Alexander.

In a recent interview, the actor revealed he’s sewn a lot of his kids’ clothes and mended his wife’s dresses during quarantine, putting skills he learned during his bachelor days to good use.

George Clooney felt closer to his mother because of quarantine

Clooney spent the coronavirus (COVID-19) quarantine with Amal and their twins in their California home. While his renowned human rights lawyer of a wife worked, he did his part to keep their house in order.

Caring after two kids at once gave him newfound respect for his mom, also a mother of two.

He also spent a chunk of time staining the exterior and interior of his house and building a fence for their Saint Bernard.

“It was getting dingy, and I had buckets of stain, and I was, like, ‘Well, what else am I going to do?’” he told AARP of his home. “It made me feel better. And I put chicken wire all around the dog yard.”

Another way he’s passed the time is by teaching his kids how to troll their mother. (Poor Amal.) Clooney told AARP about a gross little prank he taught his son that makes him crack up every single time.

“Yesterday, I taught Alexander to take a piece of banana, chew it up, and then spit it into a napkin,” the actor said. “Then stand next to his mom, pretend to blow his nose into it and look down until Mama looks at it. Then eat it. It’s just outrageously fun.”

Being home all the time with toddlers also lends itself to a lot of clothing repairs. Clooney told the outlet that he handles mending his wife and kids’ clothes.

“I do a lot of sewing the kids’ clothes,” he said. “And my wife’s dress that tore a couple of times. I was a bachelor for a long time and didn’t have any money, and you have to learn how to repair things. If we were on an island and you had to pick somebody to help you survive, I would pick me. Ask all of my friends and they would pick me, too. I can make a waterspout out of this and a pitcher out of that.”

Clooney’s very handy at all things except the internet.

“I’m intimidated by anything on the internet,” he said. “Like, if I push a button and something goes wrong, I panic. I’m a Luddite when it comes to that.”

We all have our strengths. Memes just won’t be Clooney’s.