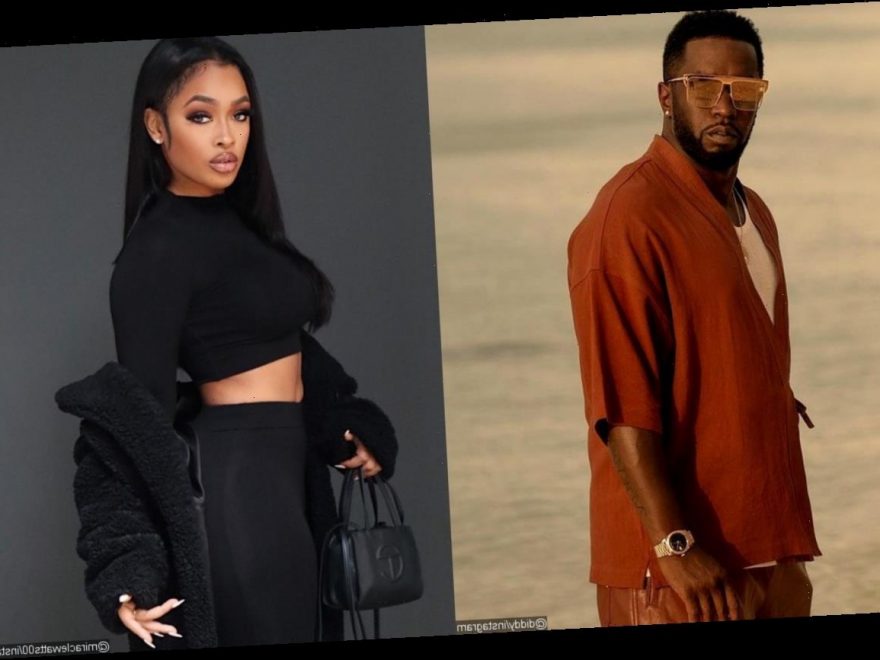 Speculation arises that there may be something romantic going on between the hip-hop mogul and the Instagram model after they have been spotted together on several occasions.

AceShowbiz -Are Sean “P. Diddy” Combs and Miracle Watts dating? The rapper and Instagram model have fueled speculation that they may be closer than just friends after they have been spotted together on several occasions.

Most recently, it appears that Diddy has taken the 28-year-old beauty on a vacation to a tropical land, where he currently also links up with DJ Khaled. The Bad Boy Entertainment founder has posted a video of him hanging out with “I’m the One” hitmaker on the beach, teasing that they’re working on some new music together.

The 51-year-old New York City native also posted photos from the tropical vacation. While it wasn’t clear where the photos were taken and Miracle wasn’t featured in any of his pictures, the model shared her own snaps on her Instagram account and upon a close inspection, it seems that they’re at the same place around the same time.

This isn’t the first time people have noticed the connection between Diddy and Miracle. Earlier this year, The Miracle Lash owner celebrated her 27th birthday with a huge party, during which Ciroc and DeLeoin Tequila, Diddy’s newest drink, were served. Miracle was also spotted sitting right next to Diddy at his New Year’s Eve party, which was significantly downsized after his annual lavish party was canceled.

Diddy has never publicly confirmed he’s in an exclusive relationship since his longtime romance with Ciara ended for good in 2018 after they dated on-and-off since 2012. He was previously also in a longtime relationship with late model Kimberly Porter, with whom he shared three children together.

As for Miracle, she gained popularity after Drake gave her a shout-out on the track “2 On Thotful”. She was previously rumored to be dating August Alsina.