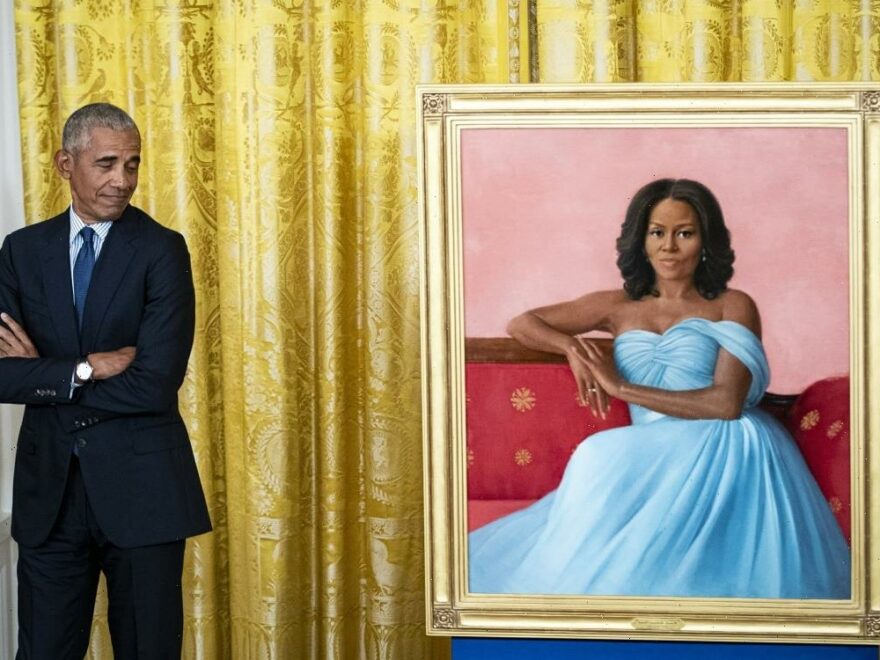 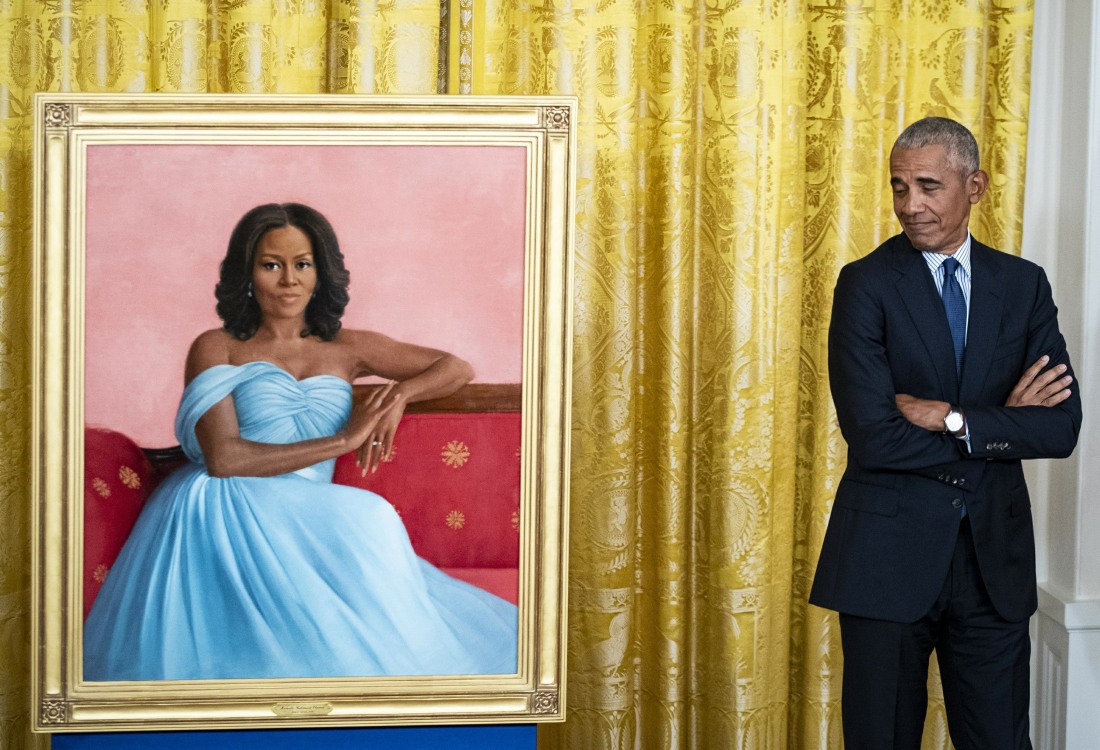 One of the grossest, nastiest things about the Cheeseburger Fascist in the White House was that he was so petty and contemptuous of Barack Obama. I mean, Donald Trump was a disgusting racist and I’m sure his hatred of Obama was mostly racism. But there was a chunk of hatred devoted to Trump knowing that he would never have Obama’s grace, his popularity, his depth as a man. And so Trump punished the Obamas by refusing to invite them back to the White House to unveil the Obamas’ official portraits. The silver lining is that now that Dark Brandon is in the White House, he can invite Barry and Michelle over whenever he wants. That’s exactly what happened on Wednesday!

The Obamas returned to the White House to unveil their portraits. These portraits were organized by the White House Historical Association, and every president gets one, although I hope they find a way to skip Trump (the Biden White House is already dodging questions about whether Trump will get one, btw). Robert McCurdy did Barry’s portrait and Sharon Sprung did Michelle’s. They’re beautiful! The McCurdy portrait is incredibly life-like, almost like a photo. Michelle is more painterly and (frankly) prettier.

The Obamas looked very pleased with their portraits, and with the Bidens in general. What a happy and nice reunion among friends! Dark Brandon looked so joyful welcoming the ex-president back to the White House!

That’s the gift of the Obama presidency to history. And it’s a gift I felt personally. It was my honor to unveil their White House portraits today. pic.twitter.com/YFTa5RPFx1 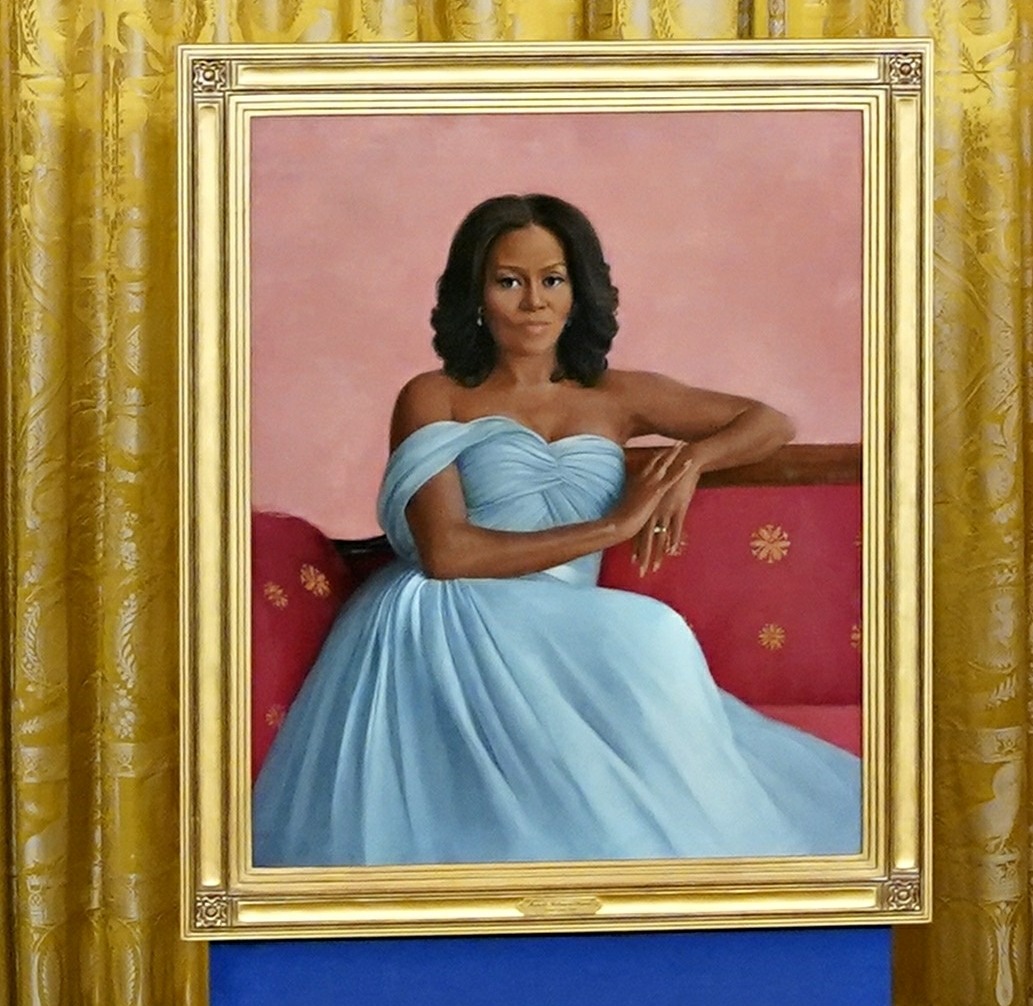 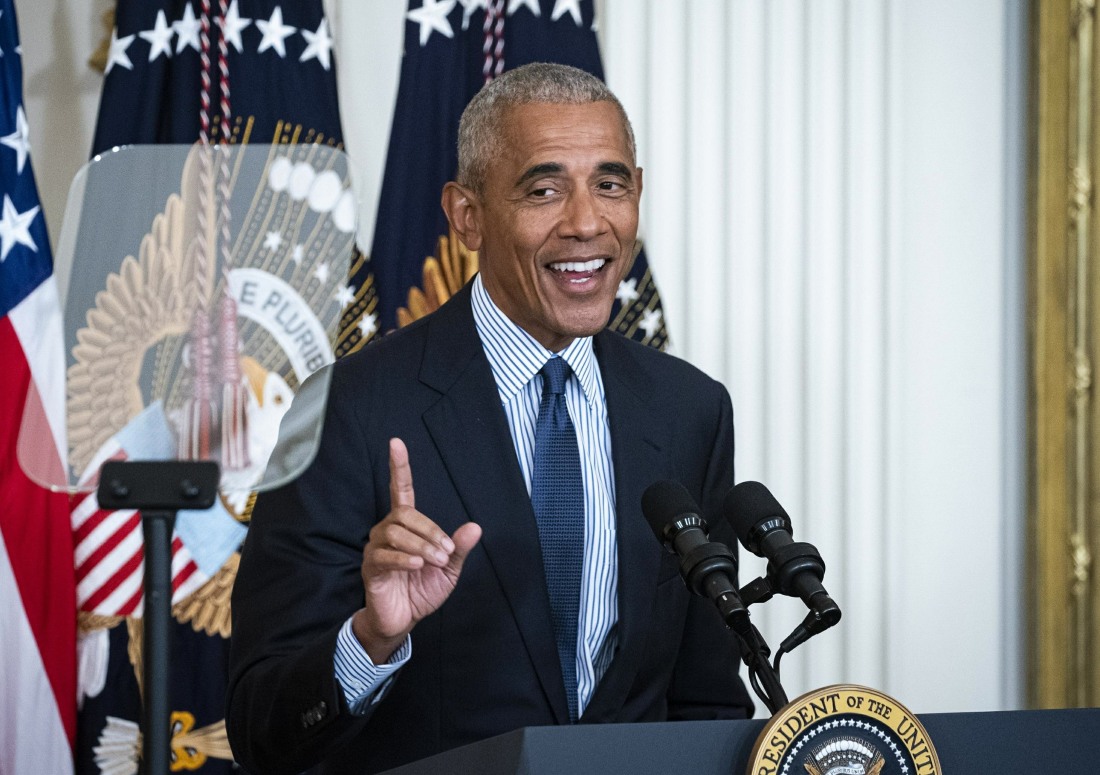