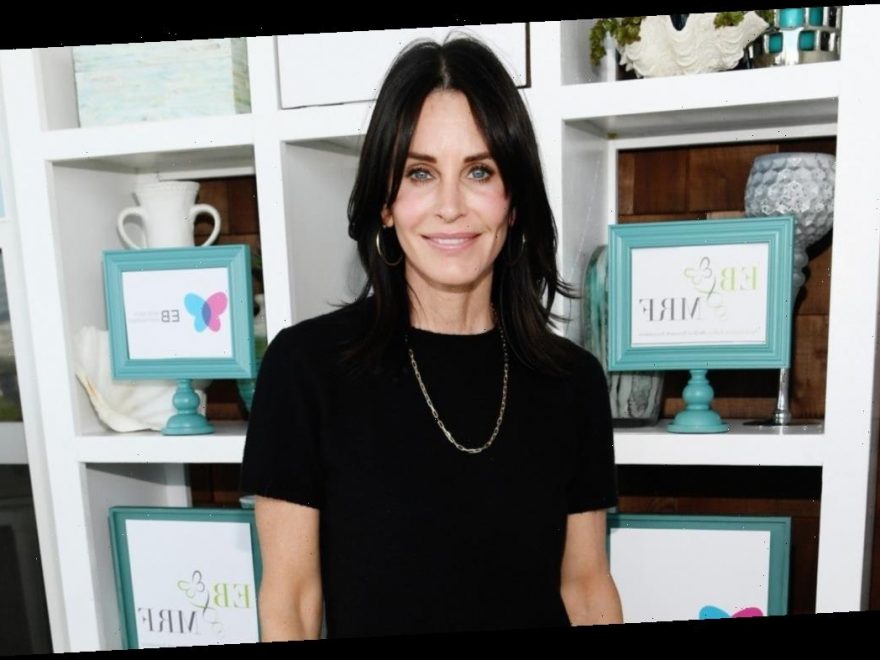 Monica Geller in Twilight? Courteney Cox had some fun on April Fools’ Day Thursday, showing off her fang-tastic new look.

“So I was at the dentist getting my teeth cleaned and I thought, ‘I’m so bored. I want something new,'” she said before flashing her teeth. “So what do you think?”

Adding to the hilarity is the Muse song, “Supermassive Black Hole,” which was featured on the Twilight soundtrack and is playing in the background.

Cox scares her boyfriend, Johnny McDaid, in the car with the look.

She then FaceTimes her 16-year-old daughter, Coco Arquette, who laughs, saying, “What the f**k is going on? I don’t know. Like, I don’t like this.”

The actress isn’t the only one who pranked people with their teeth. Check out Michael Strahan’s April Fools’ Day gag in the video below.