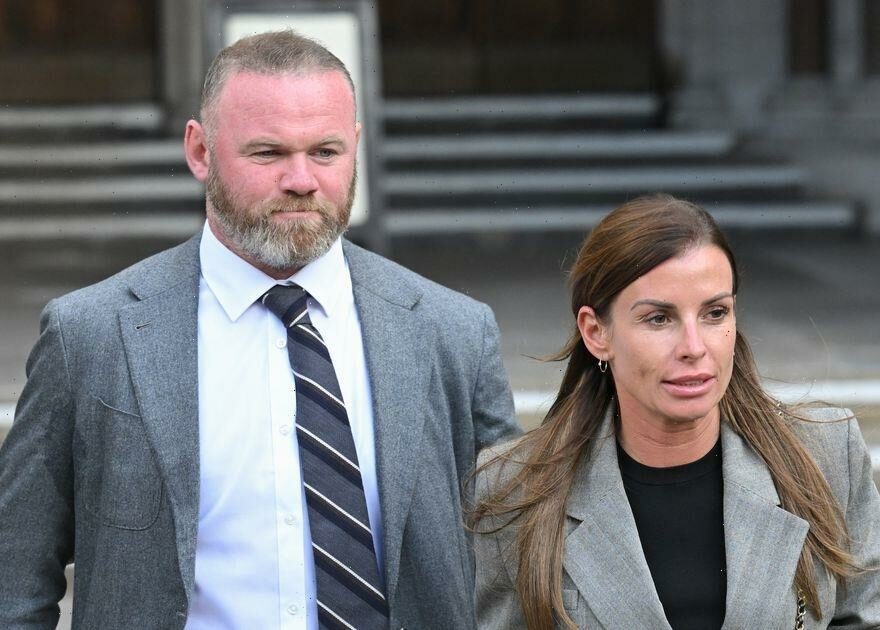 Rebekah Vardy arrived to the High Court alone for the final day of the Wagatha Christie trial on Thursday, while Coleen Rooney jetted off on holiday with her husband Wayne and their children.

The libel case was due to finish on Wednesday but went into extra time to allow barristers to prepare their final arguments at the Royal Courts of Justice.

Expecting that the trial would have been over by now, it has been revealed that the Rooneys have gone ahead with their holiday commitments with their brood.

"It's been a long and gruelling process for both Wayne and Coleen, and they didn't want to disappoint their children," a source told MailOnline.

Coleen's barrister told the High Court that the couple had a “long-standing travel arrangement” and passed on their "individual apologies.

David Sherborne said: “They had a long-standing travel arrangement with their four children which was booked in advance by their lawyers.”

Mrs Justice Steyn is set to hear the final arguments today before publishing a written judgment in the next few weeks.

Coleen and Wayne have sat through the evidence every day but will miss Thursday's closing speeches due to their holiday.

It is not known where they are travelling to for their break, but it had been arranged for the end of the football Championship season.

Meanwhile, Rebekah arrived at the Royal Courts of Justice on The Strand at 10 am, without her footballer husband, Jamie Vardy.

The WAG wore a black trouser suit over a green top.

Her hair was down, and she didn't wear the sunglasses she had worn during her previous court appearances.

She looked in good spirits as she smiled at onlookers while heading indoors.

The case stems from a viral social media post made by Coleen in October 2019, that said she had carried out a “sting operation” and accused the Dancing on Ice star of leaking “false stories” about her private life to the press.

Rebekah has always refuted the claims and denies leaking stories to the press. As a result, she is suing her fellow footballer’s wife for libel, with Mrs Rooney defending the claim on the basis that her post was “substantially true”.

The 36 year old told the court that following his wife’s “reveal” post, things had been “very traumatic” for her and that he had watched Coleen “really struggle”.