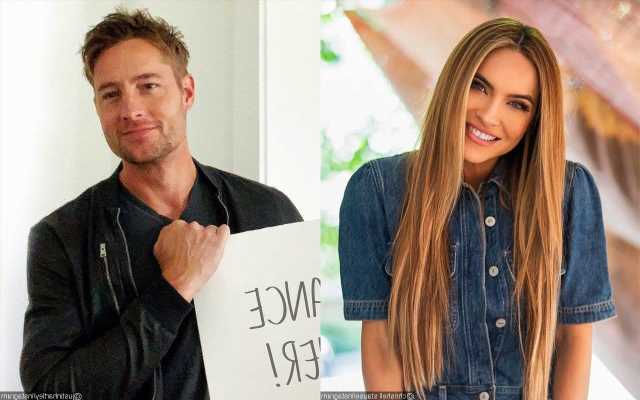 When denying the story made on her behalf by unidentified sources, the ‘Selling Sunset’ star reminds her fans that if the comment did not appear on her social media page, it did not come from her.

AceShowbiz –Chrishell Stause has set the record straight on claims about her reaction towards Justin Hartley‘s secret marriage. Having been reported to not be “entirely surprised” by her ex-husband’s nuptials to Sofia Pernas, the “Selling Sunset” star made it clear that such statement did not come from her.

On Tuesday, May 18, the 39-year-old took to her Instagram Story to shut down the story about her reaction. She began by writing, “I see ‘sources’ are speaking for me.” Adding a rolling eyes emoji in her statement, she went on to stress, “If I have something to say, I will say it here [love].”

Warning others not to trust easily over what they read online, Chrishell further pointed out, “If it’s not on my page, it didn’t come from me.” She added a “booked and unbothered” hashtag and a GIF sticker that read, “Too blessed to be stressed.” 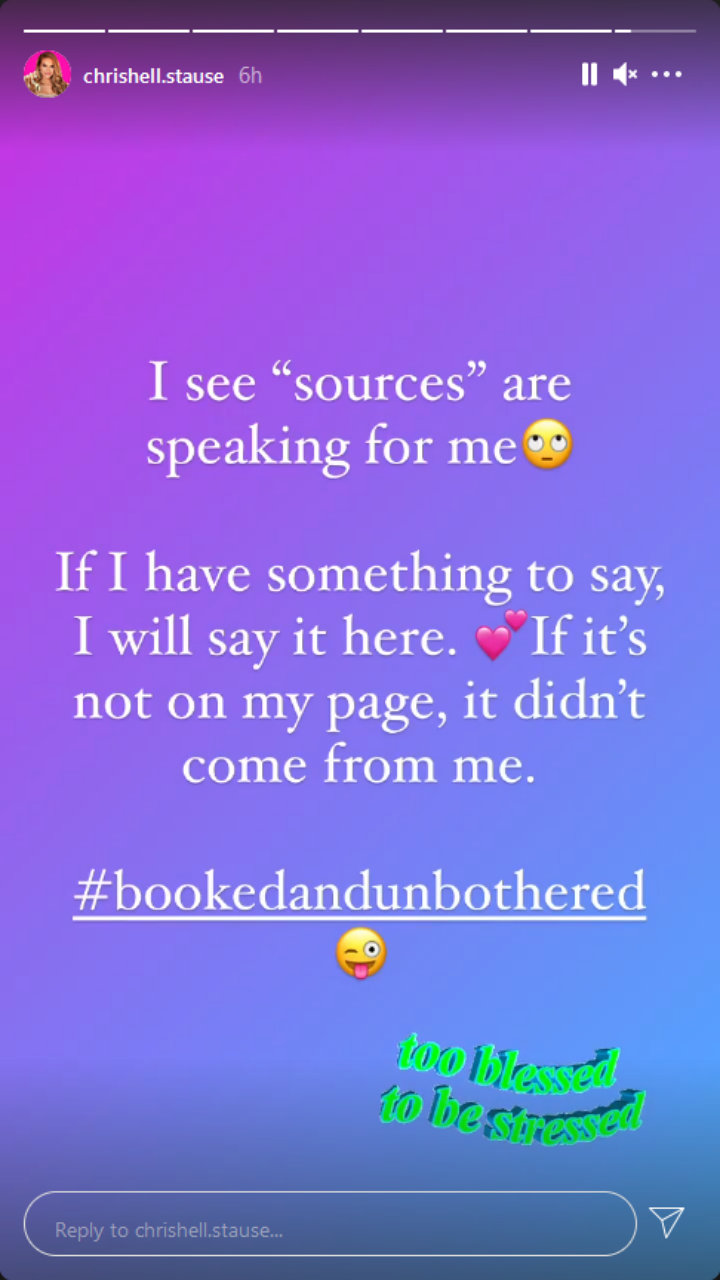 Chrishell Stause shut down the story about her reaction towards ex-husband Justin Hartley’s marriage.

Less than a day after news of her ex-husband’s marriage broke out, a source claiming to be close to the “Another Time” actress informed E! News that she “isn’t entirely surprised by Justin getting married so quickly.” The source continued, “It’s not shocking to her. Chrishell knows Justin falls fast and moves quickly.”

“She wishes them well and has moved on from that part of her life. She’s finally been able to heal her heartbreak and it’s taken a while for her to be in a good place,” the insider added. The so-called inside source went on to say that the TV personality is “doing really well and keeping busy.”

Chrishell and Justin have reached a divorce settlement in January 2021. The “This Is Us” actor first filed for the split back in November 2019, after two years of marriage. Meanwhile, he and his new partner, Sofia, were reported by PEOPLE to have “recently” tied the knot on Monday, May 17.

Offering more details on Justin and Sofia’s new status, another source told ET that the rumored newlyweds “have only been married for a short period of time and their ceremony was private.” The news came after the pair made their red carpet debut as a couple at the 2021 MTV Movie & TV Awards. He wore a gold ring, while she rocked what appeared to be a diamond ring.