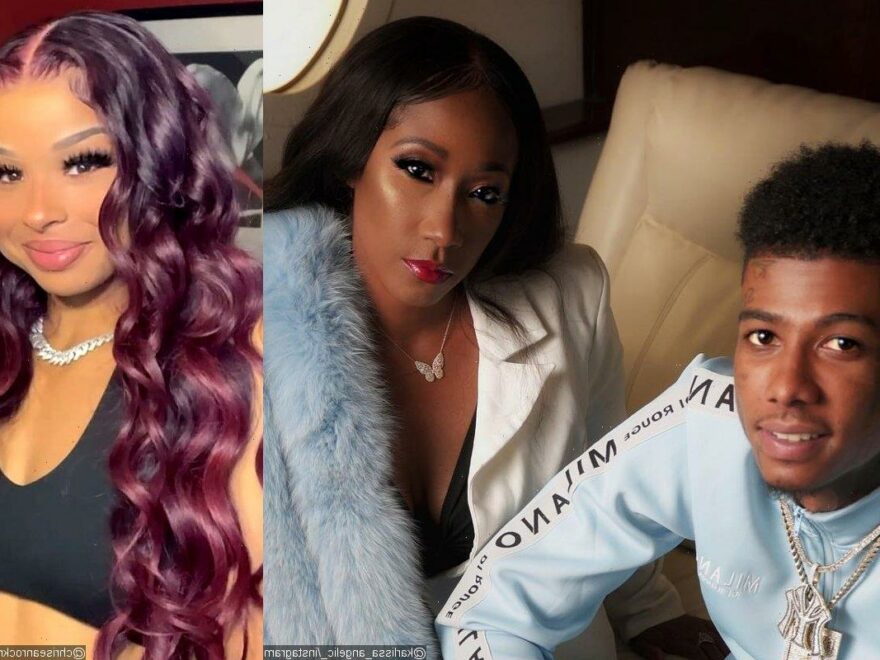 While Karlissa Saffold and Kali Miller accuse the ‘Thotiana’ spitter of assaulting them, there is a now-viral video that sees Chrisean beating up Kali several times.

AceShowbiz -Chrisean Rock has entered herself into the drama involving Blueface, his mother and sister. While Karlissa Saffold and Kali Miller accused the “Thotiana” rapper of assaulting them, Chrisean admitted that she was the one who attacked the two.

On Saturday, May 28, Karlissa shared a video of herself showing her swollen face. In a post shared on Instagram Story, she revealed, “All I know is my son will never bring that person around my family ever again in life and that’s all that matters. Carry on.”

“And neither will the police or the judge. The End,” Karlissa added. “@bluefasebabyy I will never forgive you for what you did to @kaliweae [Blueface’s sister] & @drjioproducedit [her husband]. Never life and I pray God has mercy on your soul.”

Not stopping there, Karlissa continued to put his son on blast, “You haven’t paid me every since September for working in that restaurant and my husband but his own money in to it. I will see you in court. Now post the beginning where you punched your sister and husband until they are hospitalized for coming to ask you about me,” she argued.

Contrary to their claims, a video that has gone viral showed Chrisean beating up Kali while Blueface was watching the altercation. Chrisean herself has confessed that she was the one who physically attacked Kali and Karlissa.

“Why did you beat their a** like that?” Blueface asked Chrisean while she was laying on the floor. To the question, she simply replied, “They gave me no option.” Blueface then reiterated that he didn’t assault his mom or sister, saying, “They can’t just take their L, they want to say I did it… I’m a whole f**king boxer out here.”