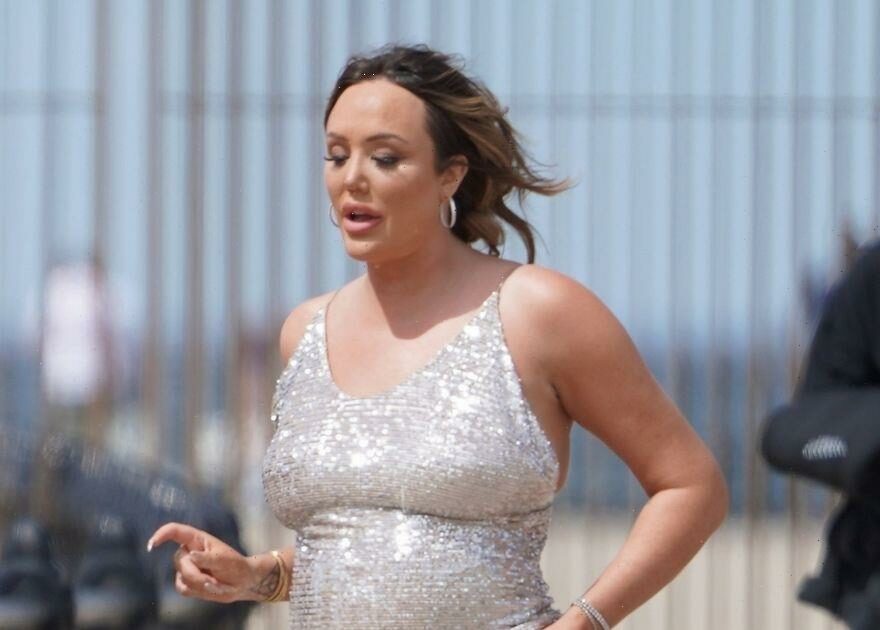 Charlotte Crosby displayed her baby bump in a beautiful sequinned as she filmed her new reality show.

Charlotte, who threw her support behind a close pal as she entered Love Island last week, was spotted looking glam while filming on location.

The Geordie Shore star, 32, was seen wearing a figure-hugging silver sequin gown which hugged her bump, with matching silver hooped earrings and bracelets.

She was seen walking barefoot and wearing a silver anklet, with her curled hair tied back.

Charlotte is currently filming a BBC documentary about her difficult journey to motherhood in her hometown of Sunderland, where she'll be seen running her business while preparing to give birth to her first child with boyfriend Jake Ankers.

The series, called Charlotte in Sunderland, will feature 10 episodes and air on BBC Three.

BBC bosses have called the series an “honest and surprising lens on the multi-faceted world of Charlotte”.

Following the series' announcement, she said: “I am beyond excited to be bringing my crazy life, my business ventures, much loved family, future hubby and my precious bump to the BBC."

News of Charlotte's new reality show came shortly after she announced her and partner Jake are expecting a baby girl.

The couple, who announced they were expecting a baby in April, held a rooftop party for the occasion.

An aeroplane circled around the event, revealing the sex of their baby in the sky, as pink confetti canons filled the air.

During the video, Charlotte's mum Letitia sweetly said: "I'm just so pleased it's a girl, she always gets what she wants!"

While Charlotte excitedly shouted: "It's a girl!"

Charlotte also shared the news with her nana in a more intimate fashion.

Sharing a heartwarming snap on Instagram, the reality star revealed she had surprised her grandmother with a cake to break the news of her baby's gender, complete with a cream crumb coating and adorned with pink and blue iced balloons.

When Charlotte first revealed the news of her pregnancy, she said one of her biggest supporters was her grandmother, whose reaction she described as “the best thing in the world.”

Sharing a video after breaking the news via cake, Charlotte looked estatic as her mum drove her home from her grandma’s house.

"I've got no words," she told her followers.

"We're just driving from me nana's house, we've just told my nana. And it was the best thing in the world.”