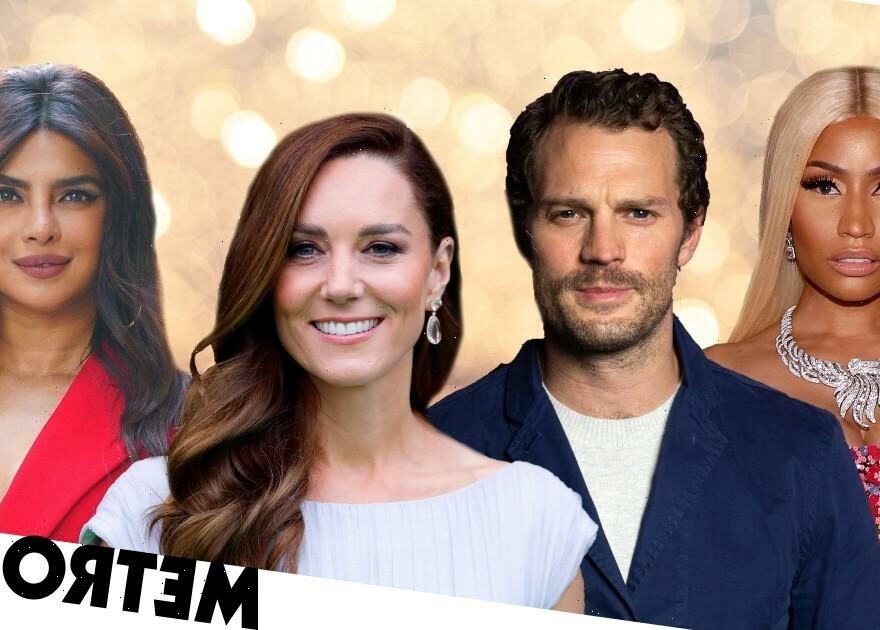 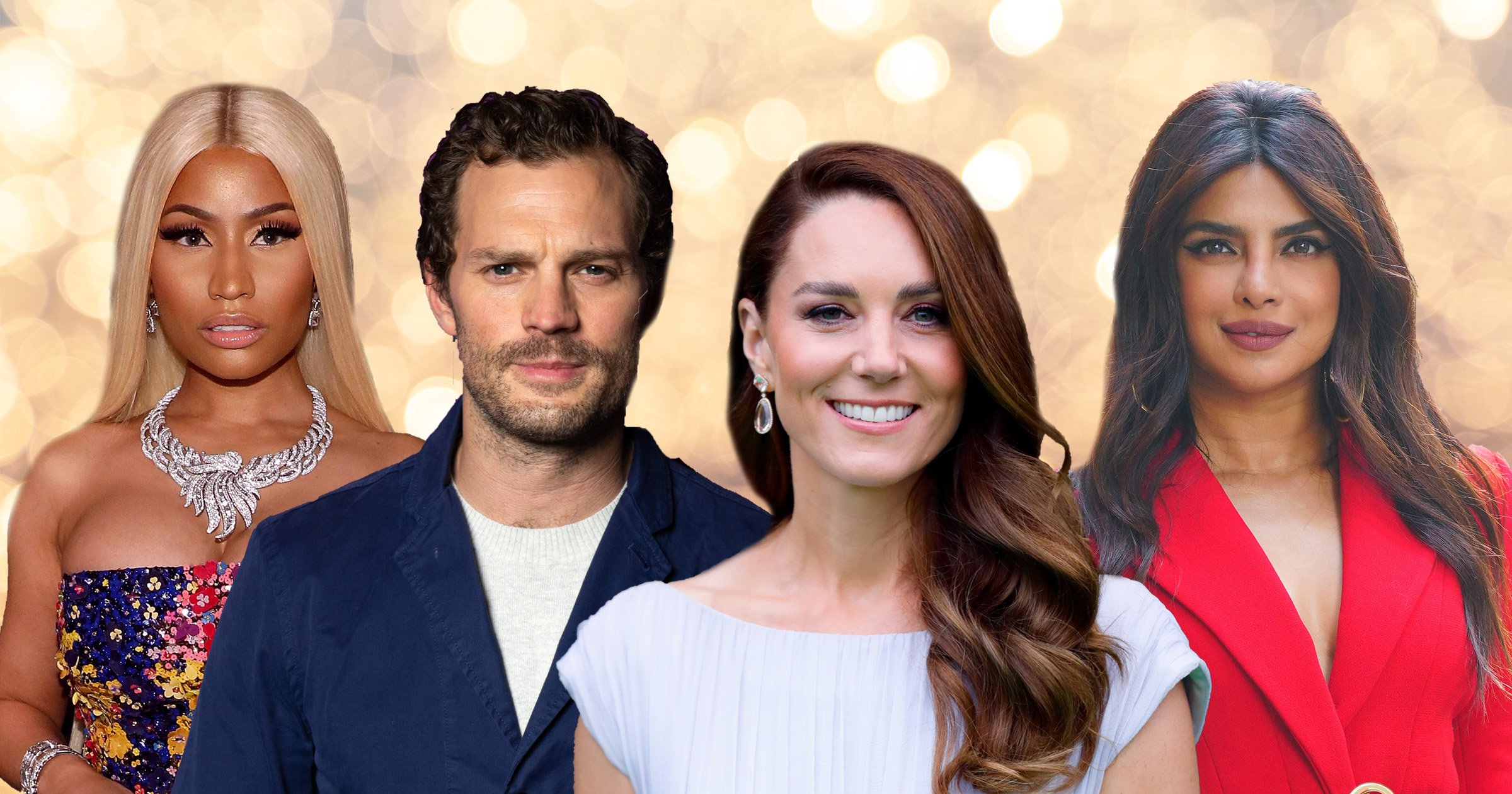 Sunday January 9 marks the Duchess of Cambridge’s 40th birthday, and as Kate Middleton spends the day with her loved ones, she may marvel at the turn her life has taken after almost two decades in the spotlight.

Ever since she dated Prince William while they were both students at the University of St Andrews, there has been great interest surrounding the poised and popular future Queen.

That fascination continued as she and William walked down the aisle in 2011 and then welcomed three children: Prince George, eight, Princess Charlotte, six, and three-year-old Prince Louis.

Plenty of other British and international players on the world stage will also be joining Kate in turning 40 during 2022, some of whom may be a bit of a surprise!

Let’s take a look at who they are.

The Ordinary Boys singer Preston will turn 40 on January 16.

He is possibly most known for his time on Celebrity Big Brother in 2006, in which he fell under the spell of housemate Chantelle Houghton, resulting in a whirlwind romance, proposal and a marriage that lasted just a year.

The musician has spent time living in the US and focused more on his song writing recently, including penning the number one hit Heart Skips a Beat for Olly Murs.

American Idol breakout star Adam Lambert will be 40 on January 29.

Rising to fame as the runner-up on the US TV competition in 2009, the singer songwriter has since sold over three million albums and five million singles worldwide, and was the first openly gay artist to top the US album charts in 2012 with Trespassing.

The actor, writer and producer stars in controversial upcoming Hulu mini-series Pam & Tommy, covering the events that lead up to the infamous leak of Pamela Anderson and Tommy Lee’s sex tape in the 1990s.

The Canadian comedian became famous after appearances in films including Knocked Up and Superbad, which he co-wrote.

He has also leant his voice to Sausage Party and the part of Pumbaa in Disney’s 2019 remake of The Lion King.

The former model’s career continues to go from strength to strength following his high-profile roles in both The Fall and the Fifty Shades film franchise.

He has just starred in new BBC thriller The Tourist and has been nominated for a Golden Globe for his role in Sir Kenneth Branagh’s upcoming film Belfast.

The Bollywood powerhouse and former Miss World (in 2000) has taken Hollywood by storm since her move stateside.

The actress has nabbed roles in films like The Matrix Resurrections and Netflix hit The White Tiger.

She married husband Nick Jonas, 29, in a lavish celebration in India in December 2018.

Billie Piper, forever in our hearts a teenage pop sensation, will be 40 on September 22.

After her chart success at 15, which saw her become the youngest female artist to enter the UK singles chart at number one, she produced two albums before turning her hand to acting.

One of her most famous and well-loved roles is as the Doctor’s companion Rose on Doctor Who, but she also made a splash as escort Belle du Jour in Secret Diary of a Call Girl, the lead in 2007 Jane Austen adaptation Mansfield Park and in Penny Dreadful.

Since then, she has garnered acclaim – including an Olivier – for her stage roles, and co-written and starred in the film Rare Beasts and the popular dark comedy series I Hate Suzie.

The controversial but popular rapper is a few months younger than Kate but has packed a lot into his life too.

The Grammy winner, who has been open about his mental health struggles in the past, has sold over 120 million records during his career, making him one of the world’s best-selling music artists.

The father of four received a pardon from President Donald Trump just before he left the White House in January 2021, which without would have seen the star – real name Dwayne Michael Carter Jr – face up to 10 years in prison after he pleaded guilty to possession of a firearm and ammunition by a convicted felon.

In performance-related news, he appeared on the US version of The Masked Singer in 2020 and features on The Weeknd’s surprise new album Dawn FM.

The actor has worked steadily since early appearances in films including 1991’s Father of the Bride, going on to appear in The Cider House Rules and cult favourite Scott Pilgrim vs. The World.

Since 2018, he has struck huge success in HBO drama Succession, where he plays the cocksure Roman Roy, for which he has (so far) received one Emmy and three Golden Globe nominations.

The former Olympian, who clinched gold at both the London 2012 and Rio 2016 games, also retired undefeated as a professional boxer in 2019.

She held the WBO female flyweight title in 2019.

Recognised as one of the most influential LGBT people in the UK, she competed in the first same sex couple on Strictly Come Dancing in 2020.

Unfortunately, she and professional partner Katya Jones were forced to withdraw from the competition early after Katya tested positive for Covid-19.

Another Doctor Who Star turning 40 (and slightly wibbly-wobbly timey-wimey to see it happen the same year as Billie), Matt Smith’s birthday is October 28.

He played the Doctor after David Tennant, from 2010 until Christmas 2013, and has since gone on to even bigger things with his role as Prince Philip in the first two seasons of Netflix’s The Crown, which garnered him an Emmy nomination.

The Last Night in Soho actor will also appear in hotly anticipated Game of Thrones prequel series House of The Dragon as Daemon Targaryen in 2022.

Another one who just a few short years ago it feels was the endearing Mia Thermopolis in The Princes Diaries (but it was actually *gulp* in 2001), Anne Hathaway is 40 on November 12.

Although an iconic role for the star, Anne has still added further achievements to her CV with solid  films including The Devil Wears Prada, The Dark Knight Rises and Interstellar – and she won an Oscar as Fantine in Les Misérables in 2012.

She has plenty lined up on her slate for 2022, including – most adorably – a Sesame Street movie in which she plays a plucky history show host.

Your reminder that yes, Nicki Minaj and Kate exist in the same universe, and yes, they were born in the same calendar year, with the rapper turning 40 on December 8.

The quirky singer-songwriter, who picked 2021’s most unexpected beef with Boris Johnson, Sir Chris Witty and Piers Morgan on Twitter (and then came back for a second helping of social media drama with her role in the Jesy Nelson blackfishing saga) has sold 100 million records worldwide.

She also has plenty of awards to her name – which is officially Onika Tanya Maraj-Petty – including a Brit Award, eight American Music Awards and five MTV VMAs, and is known for songs such as Super Bass and Anaconda.

The Duke of Cambridge will turn 40 a few months after his wife, on June 21.

So between Jamie Dornan and Prinyanka Chopra, to put it in context.