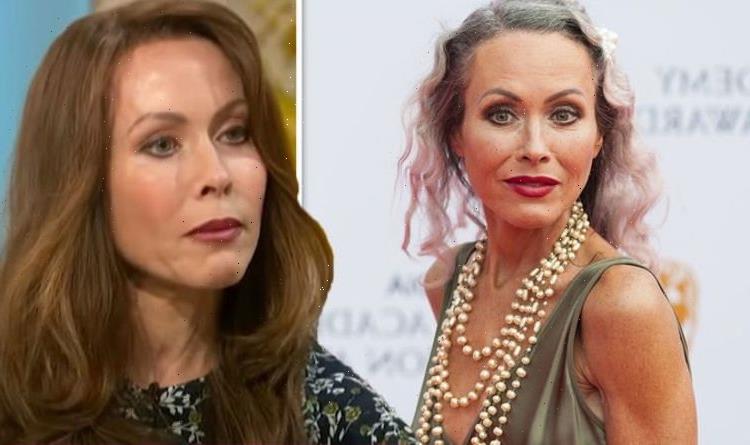 Casualty actor Amanda Mealing, 54, has taken to Twitter to appeal for help after revealing that her architect “forgot” to include windows in her renovation project. The star, who plays Connie Beauchamp in the BBC medical drama, told her followers how she was renovating and conserving a 200-year-old barn, but said that her plans were scuppered after the building expert “forgot” to install windows, and the engineer of the project is now “on holiday.”

She wrote: “Help! Any architects & structural engineers on here?

The star went on to reveal the shocking reason why she was looking for a new architect to take over the project.

“Architect forgot to put windows in new section!!!”(sic) she exclaimed, in disbelief.

Amanda’s renovation “hell” comes weeks after she opened up on the online abuse she’s received following her battle with cancer.

The actress was diagnosed with cancer a day after she gave birth to her second son Otis in 2002.

However, the star decided to keep her battle private.

After undergoing chemotherapy, radiotherapy, and a mastectomy, Amanda beat the disease.

However, while speaking to Breast Cancer Now, the Casualty star told how she endured online abuse over her weight loss, which was a side effect of the cancer treatment.

Despite keeping her health news to herself, soon enough, social media started to notice, as people believed she was just losing weight.

“That’s when social media in its ugliest side started to come out,” she sighed.

“People started saying, ‘Oh she looks like a vampire’, ‘I can’t bear to look at her’, ‘she looks like a skeleton’, ‘What kind of role model do you think you are? Shame on you!'”

Amanda added: “Not at any point did anyone consider the idea I may have a serious illness. That was kind of the final punch for me.”

The mother-of-two also told how she feared she wouldn’t live long enough to see Otis and Milo grow up.

But five years after beating the disease, the star revealed that she began experiencing bouts of anxiety and depression.

“At the time I couldn’t [deal with it] because I’d just had, what I call, my hand-to-hand combat of fighting the cancer, so I didn’t have time to look at my emotional and psychological state.”

Amanda underwent therapy for her mental health struggles, which she said helped her to cope.