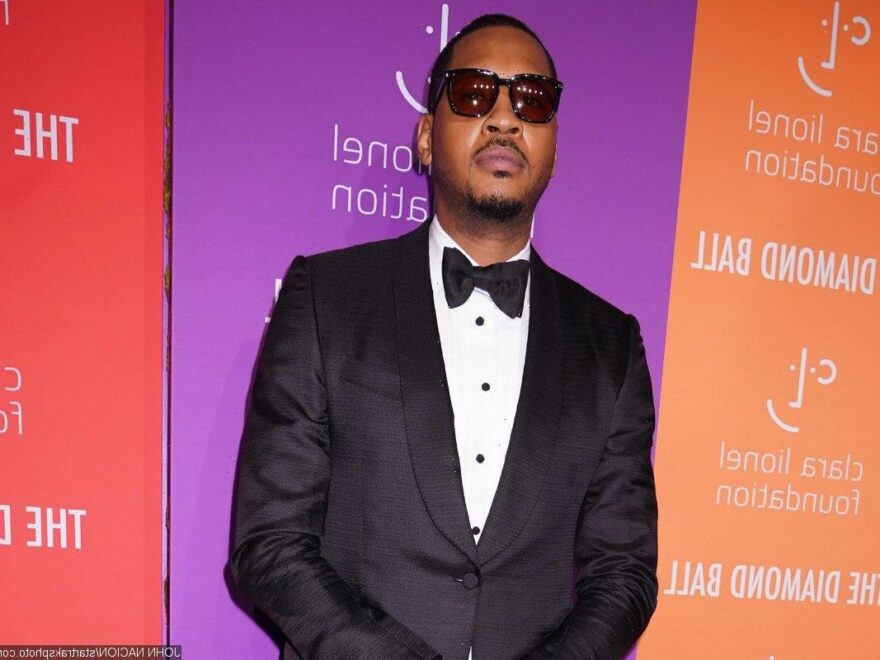 After Mia Angel Burks shares a new picture of her young daughter on social media, many point out the little girl’s likeness to the former Los Angeles Lakers star.

AceShowbiz –Carmelo Anthony has seemingly been involved in his rumored love child’s life. Mia Angel Burks, the mother of the NBA star’s rumored daughter, has shared a new picture of her beautiful young girl, while he remains mum on the paternity claim.

In the picture, the young girl was sitting in what looks like an eatery with a man in a gray hoodie by her side. Many social media users believe that the man was Carmelo as his necklace looks the same as the one usually worn by the athlete.

After seeing the picture, Instagram users reacted to Carmelo’s possible outing with his love child. “Wow he’s eating with his child and his baby momma big deal,” one person wrote. Another applauded him, “Hey he’s in his daughter’s life. Excellent!”

A third thinks there’s nothing surprising about it as saying, “So y’all reported him spending time with his kid…..” Another user agreed as noting, “Okay she’s on a date with her father not it’s a crime for him to be with his child I- I can’t.”

Some others were more convinced that the young girl is Carmelo’s daughter after seeing the photo, pointing out their likeness. “Ain’t no denying that,” one person remarked. Another claimed, “She got his whole face.” Other similar comments read, “the lil girl is him .. she look just like him lmaooo” and “His child for sure.”

Mia was rumored to be pregnant with Carmelo’s baby around 2017, while he was still married to La La Anthony. In June 2021, La La filed for divorce from him after almost 11 years of marriage.

In 2019, Mia seemed to lash out at Carmelo for his absence from his alleged daughter’s life. “N***as out here explaining how they’re laid up on a boat with ‘another man’s wife’ BUT can’t explain why they can’t spend time with their daughter. #EXPLAINTHAT #P***YOVERDNA #TMZAINTS**T,” she posted on Instagram Story at the time.

However, in December 2021, Carmelo appeared to be back in his alleged daughter’s life as Mia posted some snaps of herself and her daughter attending a Lakers vs. Bulls game.