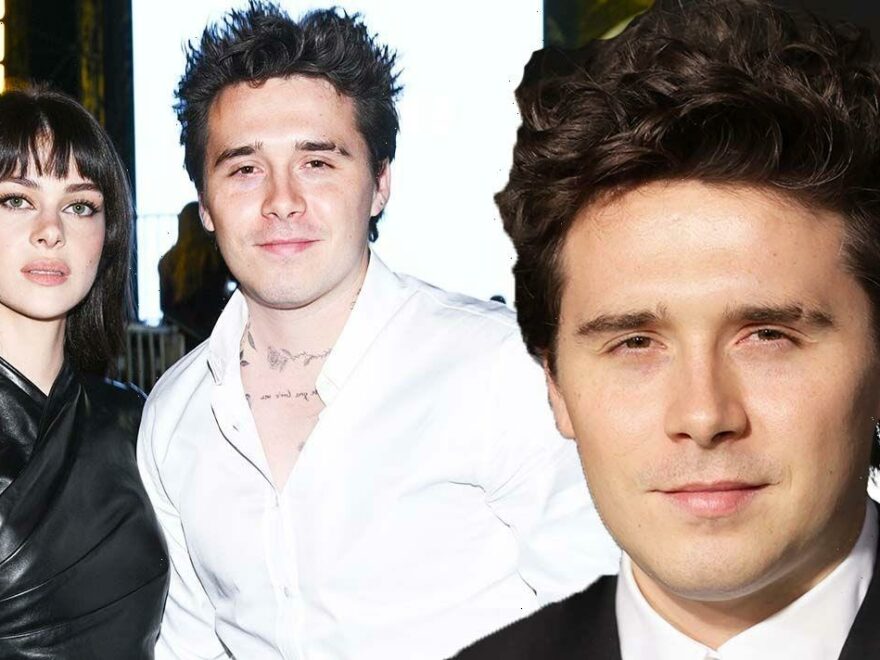 Brooklyn Beckham and Nicola Peltz get married in Miami in April

Brooklyn Beckham, 23, revealed he “could have had kids yesterday” but is waiting for his wife, billionaire heiress Nicola Peltz, to be ready before having a family. David and Victoria Beckham’s eldest child doubled down on his previous comments about his future as a family man.

The photographer and aspiring chef said: “I could have had kids yesterday.

“Obviously it’s my wife’s body, but I’ve always wanted to have a bunch of kids around. That’s something I really want to do.

“I’ve always wanted to be a young dad,” Brooklyn concluded in a new interview with People magazine.

Brooklyn and Nicola tied the knot in April this year on her family’s estate in Palm Beach, Florida.

The loved-up pair regularly update their fans on social media about their antics as a married couple.

However, Nicola gave an extra personal family insight in one of her latest interviews, revealing her wish to have plenty of children.

The model said the couple both want a “big family” due to their own large collection of siblings.

She also has a sister named Brittany, who are all shared by Nicola’s billionaire father Nelson Peltz and mother Claudia Heffner Peltz.

Speaking to The Sunday Times magazine, Style, Nicola shared that her husband is keen to start a family as soon as possible.

She stated: “He wants kids yesterday. I think in a couple of years.

“We definitely want a big family. He has three siblings, I have seven.”

Asked if she would want to create a similar situation to her family with up to eight siblings, Nicola revealed: “It’s a lot but… I don’t know.”

She added: “We want to adopt some kids, have some of our own. That would be the dream.”

Separately, Brooklyn had already opened up about his plans to have no less than 10 children with his new wife.

David’s eldest son claimed it would be his “dream” to become a young father and hopes to start a family as “soon” as he can with Nicola.

He told Entertainment Tonight: “I’ve always wanted to be a young dad and I would love to have a family soon, but whenever my wife is ready.