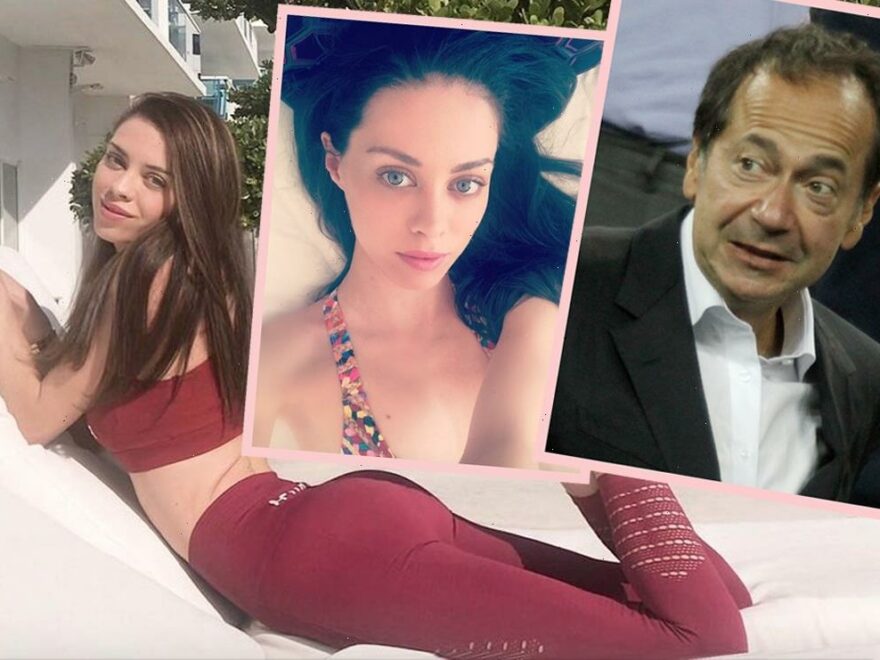 You may not know billionaire John Paulson. He’s not exactly a household name.

In short (or should we say in Big Short), he’s one of those a-holes who got rich betting against the housing market before the financial crisis of 2008. He also served for a short time as an economic adviser to Donald Trump. Frankly, if you have heard of him it’s probably because of the complaint letter he wrote to his kids’ elite Spence School complaining about the “anti-white indoctrination” in their curriculum, a very minor controversy last year. Sounds like a great guy, right?

Well, if you think he sounds like a grade-A jerk already, you ain’t heard nothin’ yet!

Last month Page Six published a report about how the NYC-based hedge funder had suddenly filed for divorce from his wife of 21 years, Jenny Paulson. The story was mostly intriguing due to the money involved; John didn’t have $4.7 billion when they got married and may never have expected to — so the couple never got a prenup. With high-priced lawyers getting loaded for bear, it was already a real juicy bit of gossip among the two-comma crowd.

However, they also learned within hours that the “irreconcilable differences” the 65-year-old had referred to on his divorce filing had a name: Alina de Almeida.

According to the outlet’s source, not only was he secretly dating the 33-year-old fitness influencer, he was running away with her! Just days after the story broke, the couple flew to Lake Como to flaunt their relationship at the wedding of Blackstone exec Mark Mofatt and Sarah Mintz!

Did we say secretly dating? More like secretly everything. The entire thing was reportedly kept quiet from his wife — including the plan to end the marriage!

Obviously she knew things weren’t perfect, but so far as she knew “they were working on their marriage” — and the filing came as a complete shock, as a source close to Jenny spilled to the outlet on Tuesday:

“John did not tell her. She had no idea he was planning to file for divorce. She only found out that he had filed when Page Six published their story — she never saw it coming.”

She had to find out online? WTF?! But not just about the divorce… She didn’t know about the younger model either! The insider claimed:

“Jenny did not know about Alina at all until the article was published in Page Six of the New York Post with her photo.”

Wow. To add insult to injury, it seems she was the last in her neighborhood to find out. Sources told the gossip site the billionaire and the dietician had been spotted around the Hamptons throughout the summer. Apparently Jenny and the couple’s daughters, Giselle and Danielle, had also been with him in the Hamptons all summer!

They even took a family trip together in August to the Salzburg Music Festival in Austria — just a month before he pulled the rug out from under her! Per Page Six‘s source:

“The family was all together and happy in Austria and there was no sign of anything abnormal — yet four weeks later John filed for divorce.”

And the source insists “it’s even worse” than people think. See, quite a few in their social sphere got the hint John was leaving Jenny after he took Alina as his date to the Manhattan Institute’s 2021 Alexander Hamilton Award Dinner on September 10, a few days before the divorce filing. Apparently Alina spoke openly about their relationship. Many naturally assumed the married couple were already over behind closed doors, and this was his coming out party. But the insider claims:

“Jenny didn’t know about that event, she didn’t know that John was there and that he had invited Alina.”

Oof. Leaving for a younger woman after two decades was bad enough, but to not even have the decency to tell her to her face? EVER?! Gross.

As the source put it:

“He has made it so humiliating because of his unseemly speed of taking a girlfriend and filing for a divorce so quickly after a good summer, with no advance notice or even courtesy. It’s unseemly and disrespectful that he couldn’t wait.”

Obviously that isn’t the best PR for John, who would probably have been happy for her to keep quiet about how much he hurt her. But the insider is here to clarify the situation for the court of public opinion:

“The apparent narrative that Jenny was aware they were in a dysfunctional and loveless marriage and knew about John’s need to find happiness in a young woman half his age is simply a fiction.”

“Any further apparent narrative that she was okay with his cheating, that she was willing to look the other way, is false. She was shocked at the relationship that was first revealed to her in The Post. Even more shocking is that he is old enough to be this girl’s father.”

It’s not the most drastic age gap we’ve heard of, and they’re obviously both adults. But doing it behind his wife’s back? Nothing can excuse that. The insider says Jenny agrees:

“Jenny felt this behavior is both disrespectful and appalling to a wife of 21 years, who you’ve known for 27, 28 years and with whom you have two kids.”

Can’t argue with that!

The source also pointed out the 50-year-old was nothing but loyal:

“Jenny has always been faithful. She’s from a Romanian family that taught her moral values, meaning fidelity, not infidelity. It means truth, not hiding. She had no idea that he had secretly taken up with a woman who could be his daughter, making the pain even worse.”

Hmm. Does anyone else get the feeling the multibillion dollar divorce proceedings have already begun, and we’re all jurors right now??