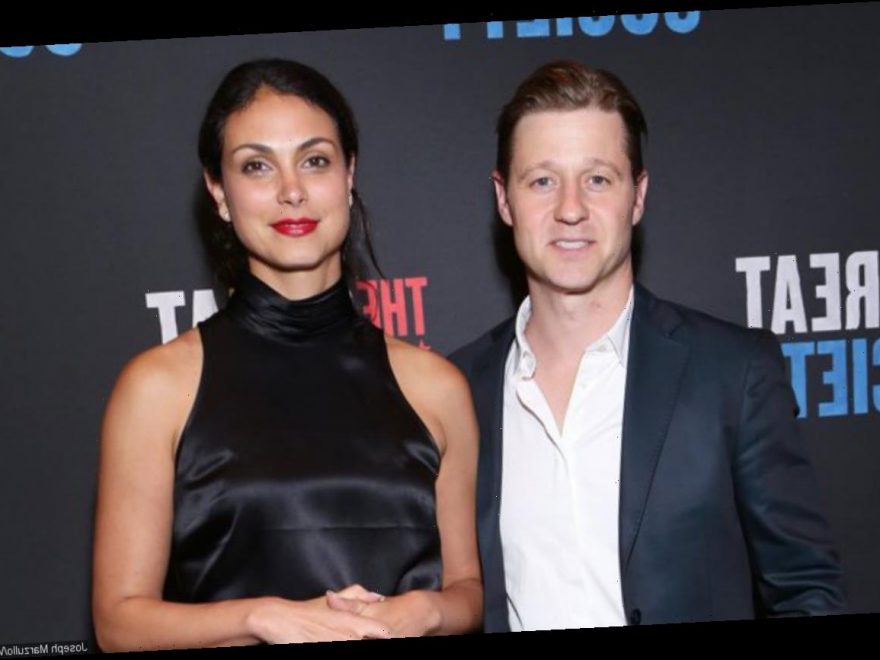 Having enjoyed a relatively low-key pregnancy, the ‘Gotham’ star and his actress wife make public the birth of their first son together with a social media post that offers a glimpse at their newborn.

AceShowbiz –Benjamin McKenzie shared his joy of being a second-time father on social media. After his actress wife Morena Baccarin gave birth to a baby boy, the “Gotham” actor introduced the latest addition of their family to the world with a message about their boy’s impeccable timing.

Celebrating the birth of his first son Arthur, the 42-year-old actor posted an Instagram photo of his son lying on his side with hands covering his face. Along with the snap he uploaded on Tuesday, March 9, he wrote, “Welcome to the world, Arthur. Gotta say, your timing is impeccable.”

Also commemorating Arthur’s arrival was Benjamin’s wife Morena. Posting the same photo of their bundle of joy on her own photo-sharing account, the 41-year-old actress noted in her caption, “2021 is looking up. Welcome to the world Arthur. Trust us, you haven’t missed much yet.”

The happy couple has since been showered with felicitation from their famous friends. Ben had his “Gotham” co-star David Mazouz leaving a comment that read, “Wow!! congratulations [angel emoji],” and “Blindspot” actress Jaimie Alexander sending him a simple “congratulations” note. His wife Morena, in the meantime, received triple heart emojis from her “Deadpool” co-star Ryan Reynolds.

Benjamin and Morena, who met in the first season of “Gotham”, got married in a private ceremony at the Brooklyn Botanical Gardens in New York back in June 2, 2017, which coincided with her 38th birthday. The pair have been blessed with a 4-year-old daughter, Frances, while Morena also has another son from her previous marriage to director Austin Chick.

Morena announced in December 2020 that she was expecting her second child with Benjamin. Having managed to keep her pregnancy a secret, she showed off her baby bump during a virtual interview on “The Talk“. When co-host Carrie Ann Inaba mentioned that the actress looked “glowing,” she stood up to reveal her condition, and joked about her “successful” date night with Benjamin.