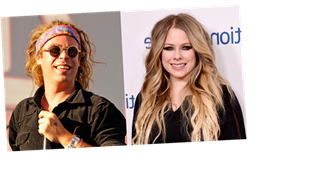 “Working together has brought them closer and Avril has a history of falling for people that she works with. She falls in love with them for their musical creativity and expression,” the source says, adding, “Her working relationships often turn romantic.”

“Avril and Mod Sun have been spending a ton of time together and getting to know each other better,” the source notes. ET has reached out to Avril and Mod Sun’s reps for comment.

The news comes after the artists collaborated on the song “Flames,” which will be featured on Mod Sun’s upcoming album. Just this week, the romance rumors sparked after they were photographed going to dinner together in West Hollywood.

Since releasing the track last month, the two have posted Instagrams and Stories with one another. Last week, Mod Sun, 33, wrote on Instagram how the song changed “a lot of things” in his life.

“Sending a huge thank u to everyone who has watched + shared this video over the last week!” he wrote. “I’ve never had a song react this way + it’s really changing a lot of things in my world right now. Hard work pays off but more importantly DREAMS COME TRUE💚.”

On Thursday, Avril, 36, posted a photo of a number of desserts from BOA Steakhouse, writing, “Let the celebrations begin” and tagging Mod Sun. 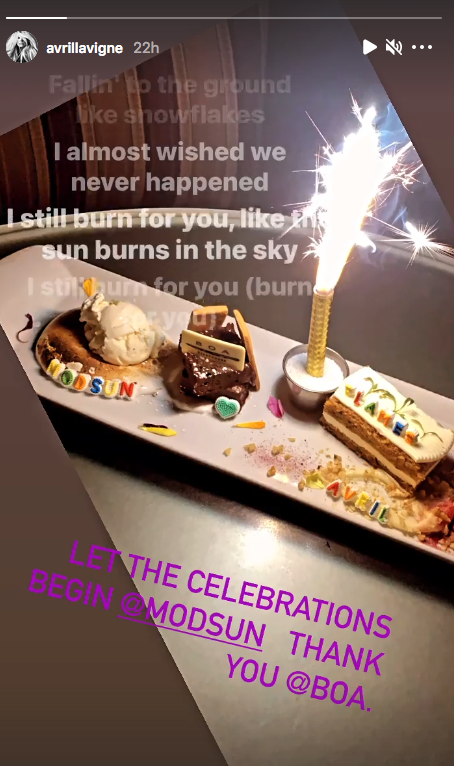 Mod Sun was last connected to Bella Thorne. Avril’s last relationship was with Phillip Sarofim, son of Egyptian-American billionaire investor Fayez Sarofim. The two broke up in November 2019, after less than two years of dating. She was previously married to Nickelback frontman Chad Kroeger and Sum 41’s Deryck Whibley.